Each year, the Biennale houses some of the best art, dance, theatre, and film that the world has to offer. The Film Festival is the oldest of its kind in the world, with roots back to 1932. The 72nd Annual Venice Film Festival featured heavy hitters like Black Mass and Everest. Other films included Heart of a Dog, featuring the work of American performance artist Laurie Anderson and L’attesa (The Wait), a pensive film starring Juliette Binoche. Charlie Kaufman’s animated film, Anomalisa, won the Grand Jury Prize this year. 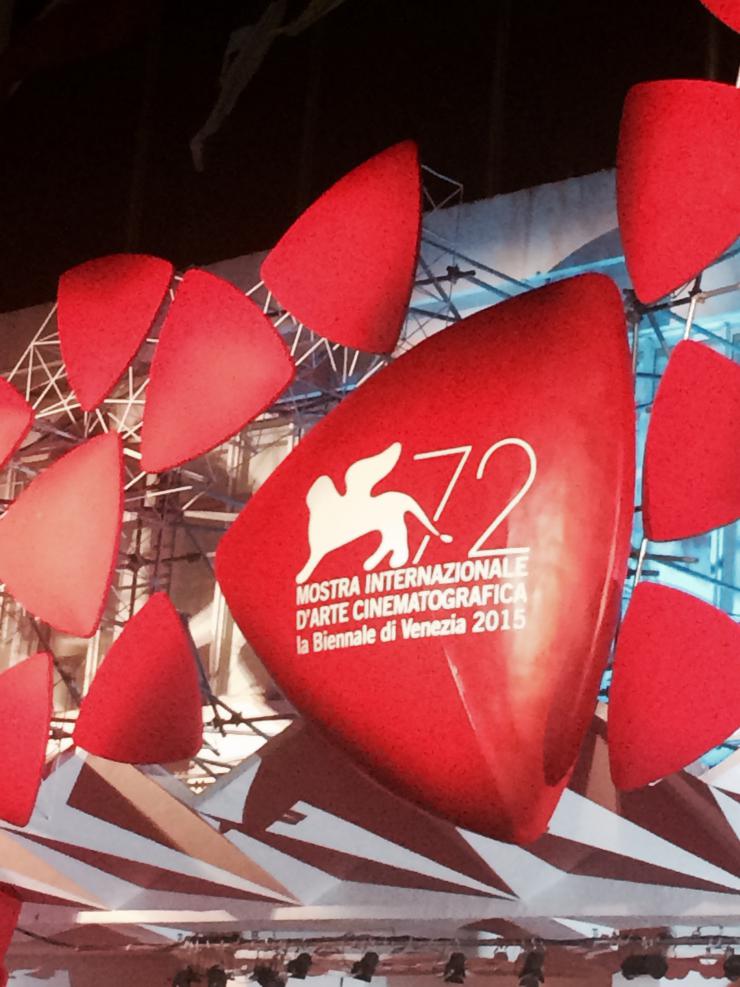 The festival has extensive grounds that include the Biennale Palazzo del Cinema, the Sala Darsena, and the PalaBiennale with the Sala Proiezioni (Screening Theatre). There are restaurants and bars where you can hob nob and await the day’s events. Participants and festival attendees arrive in Venice, and then take the half-hour boat trip to Lido, a stunning island filled with beautiful bridges, and breezy streets. The mood is light, and there is a free flow, holding the spontaneity of the moment and the seriousness of why people travel here. Extraordinary preparation lands you at this film festival, and many of its actors hold a background in theatre.

Juliette Binoche, who starred in the Broadway play Betrayal, appeared this year at the Brooklyn Academy of Music (BAM) in Sophocles’ Antigone from September 24 – October 4. This production at BAM’s Next Wave Festival was directed by Ivo van Hove. L’attesa was one of the more somber films shown in Venice. In it, Binoche plays Anna. She retreats into a large house where she focuses on everyday duties like cooking and cleaning, reminding theatregoers of plays like House of Bernarda Alba and The Cherry Orchard. With visits to the cool waterside (extraordinarily covered by cinematographer Francesco Di Giacomo), the paces of daily life are slow, almost at a standstill.

When there is nothing but waiting, the feeling of expectancy can rival any emotion of emptiness. Lou de Laâge, who plays Jeanne in the film, leaves Paris behind. She struggles—searching and hoping to reconnect with Giuseppe. Jeanne lives in a world that is quiet and forlorn. Expectancy is the feeling that almost anything could be around the corner, but what is more likely is the day-to-day. The sense of solitude and the eventuality of remorse is her only certainty.

In the film, acting is breathing, seeing, looking into the soul while looking out. Acting is knowing what moments are worth considering. Dealing with tragic loss before finding an empowered stance, Juliette Binoche in L’attesa is striking. She is sometimes the portrait of loss and longing, magnified on a huge screen in front of the audience. Director Piero Messina, nominated for the Golden Lion this year (and winner of the Leoncino d’Oro Agiscuola per il Cinema Award), has included some evocative sound design in the film. He is deeply interested in the role of the individual and the crowd. How are theatrical and cinematic techniques used to express sorrow? Anna’s close up image is still on the screen, while loud music blares in the distance. This juxtaposition is revelatory, and though it would also work in a theatrical setting, it is absolutely poignant on the big screen.

How are theatrical and cinematic techniques used to express sorrow?

There is a great sense of spiritual fervor toward the end of the film, casting light on an old Sicilian festival that could stir the emotion like the loudest rock concert. Sentiment is finally unlocked to reveal something deeper. Perhaps, it takes a film made in such a remote place to understand the incredibly complex notion that human connection is a struggle. The long roads that reach the house show Sicily as a place of great contrast, where the roads wind and the heights of emotion abound. From behind a single branch, the world can feel revealed or blocked.

In a theatre, we are often impressed by the sense of breath, the range and pitch of hearing live vocals in room—the sense that three dimensional people are in front of us, participating in a two hour event that needs to happen, that has been rehearsed time and time again. Avant-garde artist Laurie Anderson presented Heart of a Dog at this year’s festival. Anderson steps into world of documentary to create this seventy-five minute piece, acquired by Abramorama and HBO Documentary Films. Like L’attesa, the film features loss and longing. 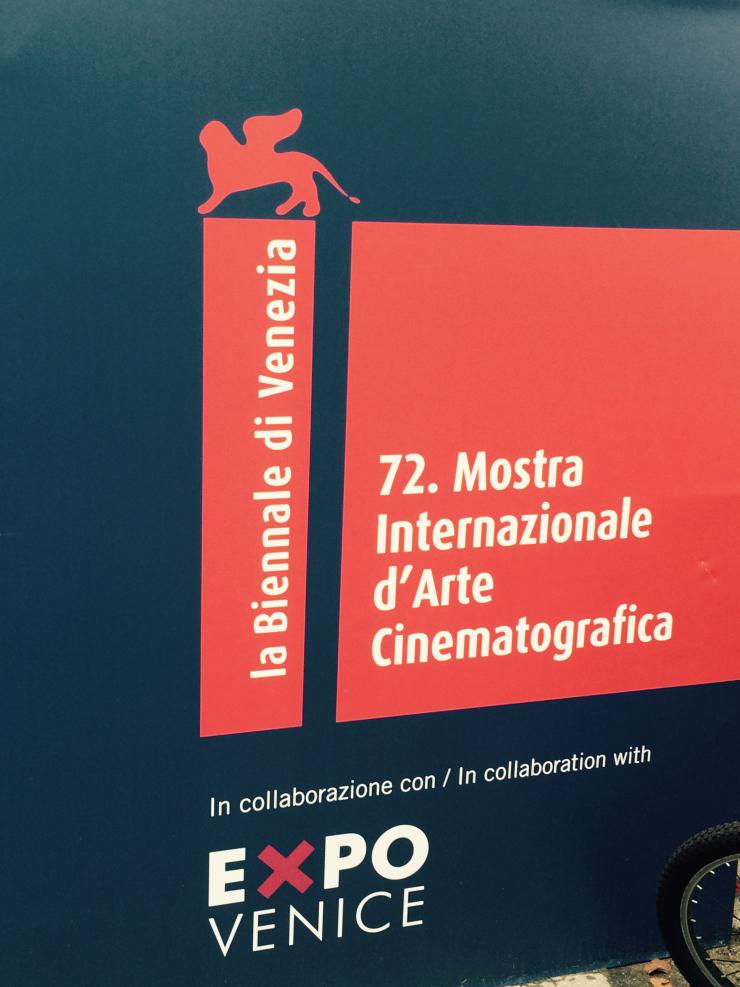 Chasing stars is different than chasing stories, and the famous plays (that we all have read) are different than the contemporary themes that filmmakers sometimes take on. Is it dialogue, outstanding cinematography, or a gripping story that makes theatre actors such a great fit for film? Unafraid to capitalize on the talents of stage actors were the filmmakers of Spotlight, an out-of-competition film that focuses on a pivotal investigation carried out by the Boston Globe. The film featured Mark Ruffalo (Awake and Sing!), Liev Schrieber (A View from the Bridge, Talk Radio), Stanley Tucci (Frankie and Johnny in the Clair de Lune, The Misanthrope), Billy Crudup (The Elephant Man, Waiting for Godot), and Len Cariou (Sweeney Todd, The Dinner Party). Michael Keaton (who delivered a stellar performance in Birdman) is also in the film.

Is it dialogue, outstanding cinematography, or a gripping story that makes theatre actors such a great fit for film?

Their innovations are recognized. Is it the dimension or the magnification that makes the difference? It is difficult to say, but the striking space inside the Sala Grande, having enormous red curtains, holding an audience from all over the world feels communal. There is pageantry about the movies; the audiences stand for the teams who have made an outstanding product that will be exported to markets in different parts of the globe. Artistry and dedication are present. Jake Gyllenhaal, who finished a Broadway run of Constellations in March of 2015, stars in Everest. In Constellations, Gyllenhaal took a romantic journey that left audience members spellbound. Everest, in IMAX 3D, is deeply provoking, exploring survival on the most challenging terrain.

The Venice Film Festival feels regal. Perhaps, it is because the actors and the filmmakers were in the room, watching their creative output alongside their fans. In honoring the stories told on film and the theatre actors who bring them to life, we honor the intricacies of human connection. At the end of the L’attesa screening, Juliette Binoche and her co-stars stood to receive the accolades from the industry professionals surrounding her. There was a sense of respect in the room, and of course, an admiration from those who wait to see the new stories unfold.