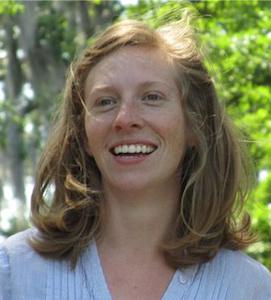 It’s hard to pin down why over twenty young theatrical ensembles have formed in New Orleans since 2006, still stand, and are growing when there is exceptionally little money, venue, education, or institutional resources to bolster them. Ask any theater artist in New Orleans today and they’ll tell you about a momentum, a pulse, quickening, and multiplying within the performers and the audiences. Sometimes I’ll look back at the end of a week facilitating a theater ensemble and a theater festival and marvel at the packed meetings—meetings at a coffee shop, meetings in the kitchen, meetings at a bar, meetings at the bike rack in front of the bar because you were both standing there and happened to have your organizers out, so hell, let’s have a meeting so we can open up room tomorrow for that other meeting—and I think: Where is all this push coming from? It’s not from competition or compensation. And then, even more absurd, as I look around and hear about all the performing ensembles who are working, running, and connecting so hard in this “big easy,” I think: How did we all decide it was going to be this important? But, like antennae waves crossing and firing amongst ants on the go, there was a decision and acceleration is taking her course.

Dancing Grounds, Four Humors, The Elm Theater, NU Theater, Nightlight Collective, Black Forest Fancies, Neutral Ground Ensemble, Skin Horse Theater, The New Movement, the Mudlark Theater, Chard Gonzalez Dance Theater, NEW NOISE, NOLA Project, Goat in the Road Productions, and Cripple Creek Theatre Co are just a handful of the ensembles that have formed in the past six years. There are some common denominators amongst these ensembles not to be denied: many (not all) are founded by artists who moved here after Hurricane Katrina; many (not every) are founded by artists in their mid twenties; most (excepting a couple) have no permanent space to rehearse or perform. Constant trading, sharing, partying, developing, maturing, and—more than anything—striving to fold deeper into the mysterious and liquid pockets of New Orleans’ logic pulses like sugar highs into these companies digestive systems. What the audience sees when the house lights go down and the stage lights come up is energetic and muscular. The screws, the hoisted platforms built from scratch, each light hung on a ceiling support beam, become apparent. We are not settling in to watch a production, we are prepared to watch an ensemble and the way it is defining itself as a company on the boards and behind the scenes simultaneously.

There is a star in every production of a New Orleans ensemble. Quietly she steals the show, and promises the audience she will be even better next time. She is the venue. We are a city that holds very few traditional performance spaces, and they are rarely available or affordable to local ensembles. What began as desperate acts to find somewhere— anywhere—has unfolded into a trend. Many of our ensembles perform in abandoned churches, neighbors’ dining rooms, or bars, and I dare say our audiences are coming to expect it. There is a desire to unlock the doors of New Orleans’ majestic and terrifying architecture and see a room that would not otherwise be publicly exposed. The city is filled with sleeping giants, carcasses of could-be venues that have served multiple purposes in the past. They are dangerous, they are haunted, and their surrounding presence raises the stakes of any production.

There is a star in every production of a New Orleans ensemble. Quietly she steals the show, and promises the audience she will be even better next time. She is the venue.

When the New Orleans Fringe Festival began in 2008, the thread connecting these ensembles tightened. Audiences and artists were given a platform to collectively experience the expansive growth that had taken shape in such a short period of time. The first New Orleans Fringe boasted forty-two shows in thirteen venues over the course of four days. Of these thirteen venues, twelve were non-traditional, found spaces within the city. 4,400 audience members attended that first year and were introduced to (or reminded that) the traditional black box and the proscenium horse she rode in on were obsolete. This past year, the Fringe’s fifth anniversary, 11,000 audience members came to see sixty-nine shows in over forty venues over the course of five days. A few “traditional” venues have appeared since 2008: the Shadowbox, Café Istanbul, the Mudlark, but they are all converted spaces. The original drugstore, music hall, and house garage stands strong within these venues and the experience for the audience is still observing theater out of her traditional shell.

The audience is a very empowered entity for the young ensembles of New Orleans. Thy function not as donors or “playbill keepers” preserving theater history, but more like the guardians of what is soulful. For there is the mother of all soul-wrenching public performance every year and her name is Carnival. Our audiences know staging, make-up, costumes, and entertainment like the back of their coozie. Our audiences speak back to what works, what doesn’t, what they want to see—and they expect us to listen. Perhaps the lack of money is part of this open exchange. A friend in Philadelphia once described to me what it was it like to show highly funded work in the development phase in Philly: he said there was always a long pause before the feedback began and a palpable hesitancy to offend someone in the audience who may have donated $10,000 to the project, or contributed a $50,000 endowment. We don’t have that problem. The audience speaks its mind, often critically, then tips a hat and says they look forward to coming back and paying a $10 ticket to the next effort.

There are concerns out there. Artists continue to grow up and need different things. The city has been extremely fortunate to have such inexpensive labor ensuring that the next generation of tourists and residents will regard New Orleans as the capital of cultural art within the nation. The sugar of spontaneity will eventually give way to more costly, nourishing ensemble practices and the city may decide they can’t afford to invest in any more growth. We have very little dialogue with our local universities and we the performing artists need to point the finger back on ourselves to make the next move. Our ensembles will have to grow even savvier at straddling national funding pools while keeping the local focus that was the bread and butter in their initial formation. Our ensembles will have to seek education to further their craft outside of the city and bring it on home to their anticipating fellow artists and audiences. Our audience is catching up to us, and they are hungry for more sophisticated work, more often.

We are not Chicago in the seventies, or New York in the sixties. We are not Berlin in the eighties or Montreal in the nineties. New Orleans has never been a city to “do it like the others did”—inevitably the performance community won’t either. But the magic is here, and there is no doubt that a synchronicity is occurring here that the fates present to different cities at different times. The recipe for a historic time for New Orleans performance is already cooking.

David Bruin on Mondo Bizarro and ArtSpot Productions’ Cry You One at the Arts & Ideas Festival in New Haven, Connecticut.

Chris Kaminstein of the New Orleans-based ensemble Goat in the Road explains how they made Numb, an original piece about the origins of nitrous oxide and anesthesiology.

Setting the Stage for a New Regional Theater

The budding identity of American regional theater is fresh ensembles creating devised work that answers why with these people, in this place.

The thing, however, is also that New Orleans never has been willing to embrace very few of its homegrown fringe theatre artists with much vigor. I was part of the late 90s/early 2000s underground scene when I was in my mid-to-late twenties -- there were a small handful of us, primarily staging work in bars and abandoned warehouses and creating regular offerings of performance: there were always at least 2 to 3 shows per month from various groups/independent practicitioners. Meanwhile, the "traditional" theater crowd was quite solid and established at that time, and it had a pretty tight influence on who went to theatre. So, we the weirdos struggled for audiences, sometimes successfully, but often without the results we were in need of.

Since Katrina, that "traditional" scene has, in large part, either dissolved or been folded in with a larger scene that, on the surface, is much more inclusive. This heightened inclusiveness has been a welcome shift in the landscape. And today, the post-K influx of talented transplants have gotten (very much deserved) attention and support from audiences. However, while there are a couple of notable exceptions, local alternative artists have still struggled to tap into the trend of supportive audiences (and sometimes, even of welcoming facilitators; a macrocosmic model of this being the Fringe Fest).

I experienced a very telling moment while attending Paul Chan's "Waiting for Godot," presented here in 2007. The performance was packed; while waiting for the show to begin, I heard a woman sitting near me explain to her companions that she was in town visiting from New York. They commented on the tremendous crowd in attendance, at which point she said "Well, it's obvious that the people here are hungry for this kind of thing." Hungry, yes. For theatre that comes from elsewhere, such as Paul Chan. Not necessarily for theatre that is strong, visceral, and daring.

Before Katrina, I was burned out after years of producing and presenting what was considered to be excellent work under the direst conditions. After 2005, I saw the shift happening, and after a few years became hopeful and started creating work here again. But I'm still not seeing that those willing to be in the audiences of the artists/companies who've recently put down roots here are willing to do the same for the New Orleans/South Louisiana counterparts of the newcomers. Perhaps it's that New Orleans is now embracing youthfulness? I've always tried very hard to keep from believing this to be true, as I know that after 5+ years creating work here, these artists are certainly no longer "outsiders." But this factor keeps getting reinforced before me, and it has always been troubling. I wonder what kind of dialogue that can create.

I've never been to New Orleans, but am so inspired buy your unique and hopeful views of the theater collective there. Hopefully, when I get around to visiting, I'll have the chance to experience it for myself. Such great insight that we theater-makers from New York and other cities, can take with us.

Thanks for the article! I'm a New Orleans native who left the city in 2008 to attend Carnegie Mellon. I just graduated with two degrees, one of which is Dramaturgy. I am so glad to hear of this movement because when I was living here there was not much storefront theatre. Now that I am back in New Orleans, please let me know if I can be of service!

Emilie - such a clear, honest article....really exciting...and the question now is how to sustain this? It's all so magical but even the magic can burn out. We need more formal support from our (flat broke) city....but would formal support make the risk fizzle....hmmmm...thank you for your insights.

"Art" is the opiate of the striving class.