Recommended
Devising Our Future
HowlRound Theatre Commons
Most Discussed
Designing Collaboration: In Search of a Taxonomy of Collaborative Methods
Emily McConnell
Most Watched
The Gathering from the CrossCurrents Festival
Wednesday 4 May to Saturday 7 May 2022
Upcoming
Livestreaming a Conversation: #DeafWoke with John Autry II
Friday 20 May 2022
Essay by
Akiba
Abaka
ArtsEmerson

Audience Development as a Communal Experience

Zelda Fichandler once said that the institution was, for her, a context for her questions, a container for her inquiry—that she woke up every morning with things she wanted to learn and went in to work to pursue the answers. This week we kick off a series that shares the essence of the inquiries underway in different institutional contexts around the field. We start with “An Inside Look at ArtsEmerson,” our sister organization co-located at Emerson College, as a way of putting ourselves squarely in the mix. Because this is not without risk. I once wrote a post about my questions around the role of the producer in the new play process and heard from many different leaders that it was dangerous to reveal doubts. I heard from many more people that reading about my questions helped anchor them in some of their own. So, we're going to err on the side of sharing on behalf of the people who also awake in inquiry. You'll be hearing from different people inside ArtsEmerson about the questions in front of them and the ways they are approaching them, and where it is leading them.—David Dower 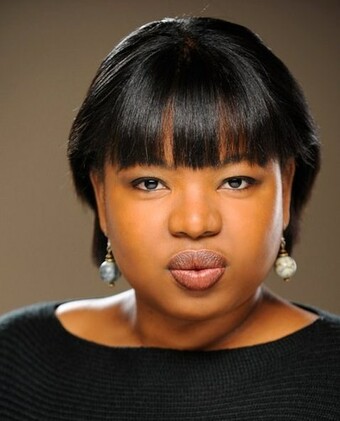 The twenty-first century American theater is a communal experience where artists and audiences are bound in an existence which deems them equal parts subject, spectator and benefactor. Moving beyond traditions of privilege, subscriptions, access and pricing; the contemporary American Theater emerges as a necessary cultural commodity of storytelling. At ArtsEmerson: The World On Stage, we are fully aware of this paradigm shift and we welcome it, seeing it as the bedrock for our audience development goals.

At ArtsEmerson we are exploring methods of audience development centered on inclusion and community engagement. We began this work last spring within African American populations of Boston. We selected this population for two reasons: 1.) it is a population that is among the least represented among theater goers in Boston, and 2.) two of ArtsEmerson’s larger productions of that spring season, Emergency and Tappin’ Thru Life: An Evening with Maurice Hines, displayed subjects, themes, and aesthetics that originated from the black experience in America. The following is an overview of some of the initiatives we employed:

Information sessions where members of the Community Catalysts and Tastemakers cohort share their thoughts and insights on varying aspects of the theater going experience and are briefed on the story, background, and production aspects of the plays.

A promotional initiative in which nationally celebrated artists that are featured in ArtsEmerson productions are feted by prominent black organizations as a means of welcoming the artists to the city in an intimate community atmosphere. This is a revival of a practice of public welcoming which was started by Elma Lewis, founder of the National Center for Afro-American Artists, over 50 years ago and which feted such artists as Duke Ellington, Cab Calloway and Babatunde Olatunji.

We utilized an incentivized brand alignment campaign where each of the Community Catalysts and Tastemakers were given individualized promo codes that provided discount tickets. Participants were able to earn a free ticket for every 5 ticket sales generated from their promo-code with a 2 ticket limit. They were also listed in the program of each play, invited to opening night parties, and whenever possible they were publicly thanked for their efforts in working with the theater. In tracking the promo codes it was observed that the group generated 16.43 percent of ticket sales for Emergency and 4 percent for Tappin’ Thru Life. It was also observed that members who shared a thematic connection to the play generated the most ticket sales. As a result of working closely with our Community Catalysts and Tastemakers, members of the community identified ArtsEmerson staff whenever they were present at neighborhood events. This created a shared sense of association, admiration, investment and responsibility between the institution and the community.

Community Focus Groups:
The Community Catalysts and Tastemakers were invited to attend two focus groups throughout the season. Both focus groups were conducted in an open conversational format, dinner was provided, and the artistic and administrative leaders of ArtsEmerson were in attendance and actively engaged with the participants. The attendance of our executive director, director of artistic programs, and director of external affairs was vital to the success of the focus group as it established a sense of authentic communication and value for the initiative. Below is a sample of the questions that were presented in the focus groups:

The following is a list of the most prevalent perspectives of the group.

Welcome To Black Boston Cast Party:
Following a tradition of local and nationally celebrated theatre pioneer Elma Lewis, we incorporated the practice of community welcoming parties. We partnered with The Museum of the National Center for Afro American Artists (Ms. Lewis’ museum) and The Museum of African American History as well as with local non-profits to host an evening of arts and communal gathering that feted the national artists featured in Emergency and Tappin’ Thru Life.  Both parties incorporated themes that mirrored the experience of the national artists. The theme for Daniel Beaty’s Emergency was Boston’s emerging poets and musicians salute a national emerging poet. The theme for Maurice Hines’ Tappin’ Thru Life was local legends salute a national legend.

Some challenges were encountered in orchestrating these community hosted cast parties. While the overall impact of the parties were positive and accomplished a mission of community building and audience engagement with the artists, it required more organization and man power on the part of the theater than was initially planned.

The intention of these parties was to generate buzz around the artists by having the community initiate an outreach event. The host organizations all understood the concept and the added value of celebrity presence at their venues; however they were not always equipped with the resources to organize these events on their own. The title of the event also presented a challenge. The event was initially named “Welcome to Black Boston Cast Party,” however one organization felt that having the word black in the title was redundant and could alienate their diverse audiences and supporters, which they pointed out was not all black. This was an interesting teachable moment for the theater because these parties were in-line with the theater’s efforts to diversify its audiences. The change in title opened the possibility of an expansion of this initiative across all our productions and among different cultural groups throughout the season.

This created a shared sense of association, admiration, investment and responsibility between the institution and the community.

In conclusion, the renovation and revival of performing arts venues in Boston’s theater district provides an incredible opportunity for increased and more consistent patronage of arts and culture in downtown Boston. In less than ten years the number of theatrical venues in the area has doubled from five consistently programmed public venues in the area to 10 consistently programmed public venues in the area. With the responsibility of programming three of these venues, ArtsEmerson sits at the apex of this revival. Moreover, the theater’s international aesthetic and slogan “The World On Stage” provides an added advantage. From rapid changes in its ethnic makeup to areas of education, Boston reflects a rapidly evolving plethora of diverse cultures. With its focus on spotlighting world cultures, ArtsEmerson is developing a theater where people of diverse cultures can see themselves on stage.

A series of articles on the history, ethos, and goals of ArtsEmerson.

Audience Engagement
Diversity, Equity, and Inclusion
Most Discussed
Designing Collaboration: In Search of a Taxonomy of Collaborative Methods
Emily McConnell
Most Watched
The Gathering from the CrossCurrents Festival
Wednesday 4 May to Saturday 7 May 2022
Upcoming
Livestreaming a Conversation: #DeafWoke with John Autry II
Friday 20 May 2022