This is the second post in “A Balancing Act: Community, History, and Playmaking,” a series taking an in depth look at the process, start to finish, of working collaboratively on a site-specific theatre project with a community to animate a historical site. This series will explore some of the challenges of including all stakeholders, communicating a clear vision, translating work to non-arts partners, and balancing history with compelling storytelling.

One of the most admirable parts of the small community involved in the upkeep and preservation of the Whitall House is their dedication and devotion to honoring its history and their passion for sharing it with others. It is not uncommon to overhear conversations of original research, new discoveries, and individual projects in progress meant to continue to develop the understanding and resources of the site. Just to give a sense of how seriously they take their work: On a later visit, we discovered a full-scale replica of the battlefield, including hundreds of individually sharpened twigs for each structure, created and donated by a volunteer. These men and women would be some of our best resources, but also the people whose buy-in and trust we needed the most.

We first arrived at the James and Ann Whitall house in late September of 2013. It was our first time visiting the historic building and surrounding battlefield. We began by taking the offered tour of the premises to understand what the typical visitor experience would be like. A typical visitor of the Whitall property is guided through a few different rooms by a volunteer docent, some who dress in colonial garb. In each room, there is a placard describing a brief history of the purpose of the space and a few props that the guide might pass around. The house has two floors with standard exhibits on the ground floor and several rotating special exhibits upstairs. It was a comprehensive tour with lots of interesting information, and we were inspired to consider how we could make the experience more interactive and engaging through theatrical means. Before we began brainstorming on these ideas, we wanted to first hear from community stakeholders. We wanted to hear what they believed was important to include and to begin to communicate with them about the type of project—and more importantly, the type of partnership, we were beginning to envision. We were scheduled to meet with two groups: volunteers, and historians and teachers from local districts. It quickly became clear that the type of site-specific project that we were proposing would be something completely new to them.

It can be hard for people to wrap their heads around the idea of a site-specific work, especially when they have only had traditional performance experiences. I’m often met with comments like, “You mean, like Colonial Williamsburg?

This is a problem I encounter often when explaining the form and in discussing this project. It can be hard for people to wrap their heads around the idea of a site-specific work, especially when they have only had traditional performance experiences. I’m often met with comments like, “You mean, like Colonial Williamsburg?” This is a good jumping off point because, “Yes, it’s a little like that in that it’s interactive,” but I proceed to tell them we are building a play that will actually take place on the historical site and in collaboration with the community there. People will be travelling through the house and surrounding battlefield, meeting key characters played by actors and experiencing a play. The simplest way I’ve found to explain it is, “You know when you learn about colonial times and a guide might say, ‘this is a butter churn, and this is how someone would have churned it?’ Well, in what we are creating there will be an actual actor playing a character in the room there who might say something like, ‘I’m so tired, I’ve been churning butter for hours today.’” (To be clear, there is no butter churning on the Whitall tour at present, and this example is a large oversimplification, but it gets the point across clearly and opens up space for questions and further conversation.)

I must admit that this strategy is a new one, and at this initial meeting with community members we were not entirely successful in articulating the form, but we moved on nonetheless, trusting that in time we would be able to show rather than tell. We discussed two main focus questions with the local historians and volunteers: 1) What stories are important to include? 2) Will people come and how do we get them here? In other words, what is the community impact? The session was very generative with general points and goals, but the sentiment in the room was the biggest takeaway— this was an important event that deserved integrity and attention. Their generous responses can be read in the images from our brainstorm: 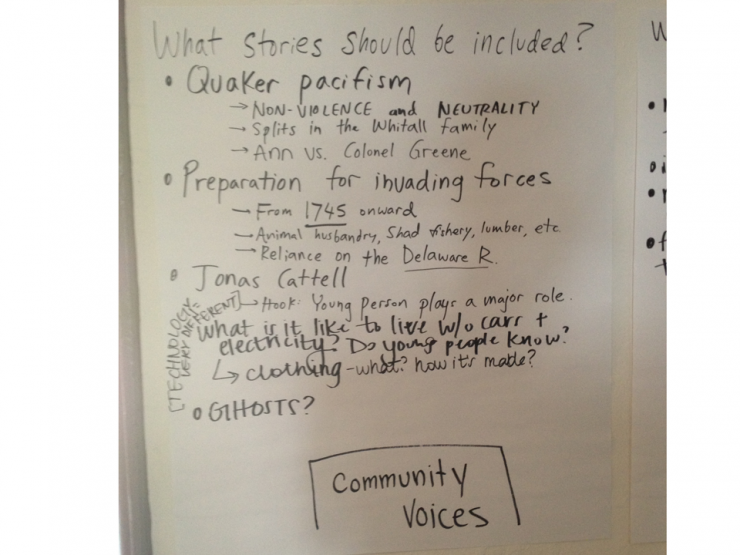 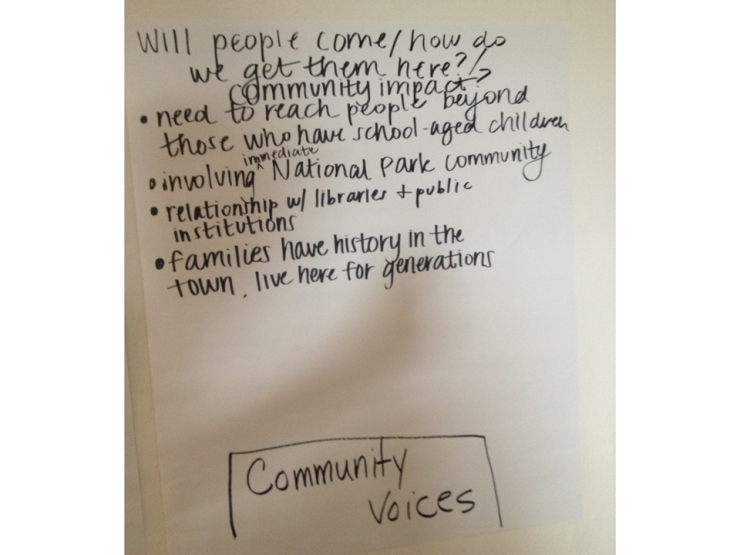 Our conversation with local teachers was a lot more specific. One of the main driving forces for the leader of this project, playwright and director Joe Salvatore, was that he went to school in the Gloucester County and had never been to or been introduced to the site. Our goal for meeting with teachers was to see how we could connect students to history through their local heritage, and to learn how we could be of service in helping teachers illuminate difficult concepts. We asked: 1) What are the current strategies you use in your classroom? 2) How could this experience connect with your curriculum and be best assessed? 3) What would you like students to take away and how can engagement continue outside of the actual performance? The teachers were very helpful with their logistical and pedagogical input as we discussed potential cross-curricular connections, pre and post-show materials, and how to best engage young learners. One of the biggest contributions came from an educator who broke it down into three parts—spatial, chronological, and critical thinking. The educator explained that the best approach would help develop an understanding of geography, sequencing and societal differences, and challenge and improve higher level thinking skills. We had a very productive discussion, and their generous responses can be read in the images from our brainstorm: 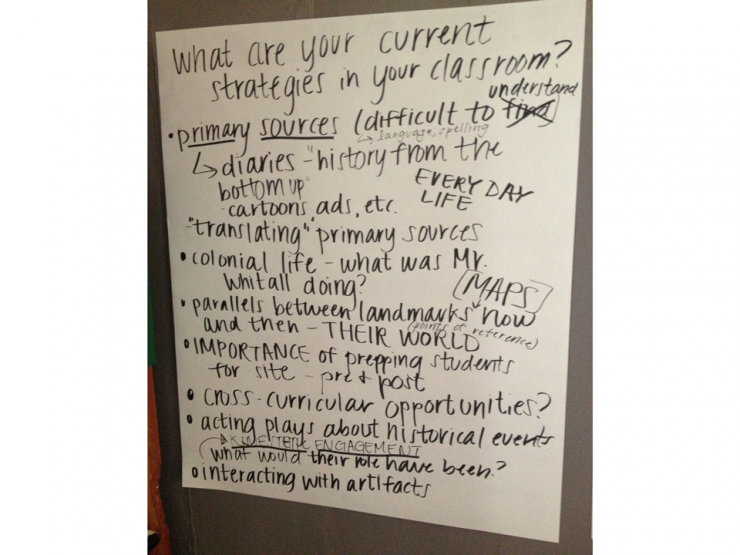 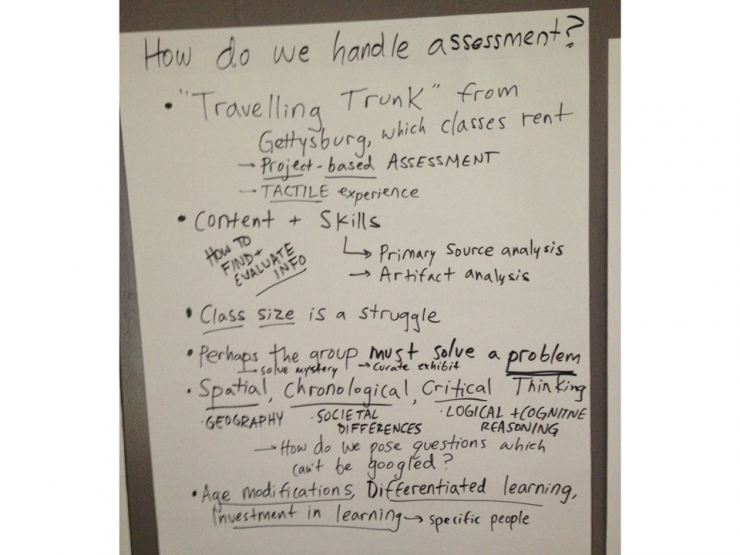 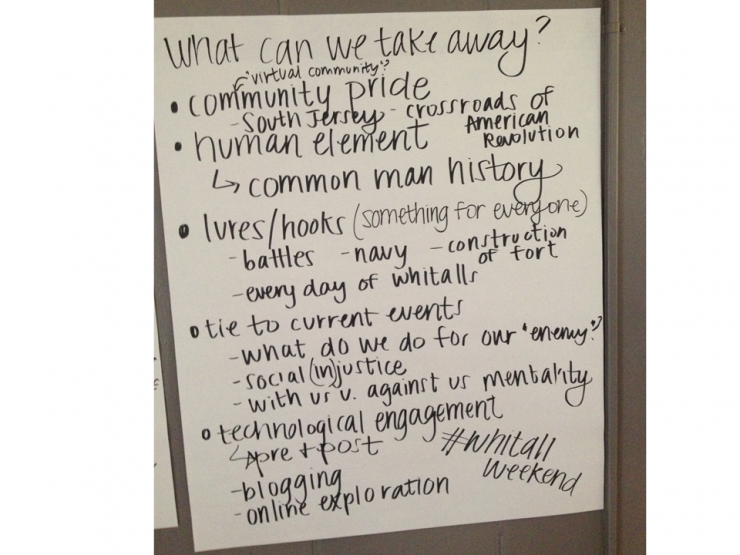 Taking all these suggestions into account, we set to work on creating a script that would bridge the community’s knowledge and priorities with our facilitation and theatremaking skills. This is where the process got a little rocky.

Nothing About Us Without Us
VIKTOR
VILISOV
Essay

Nothing About Us Without Us