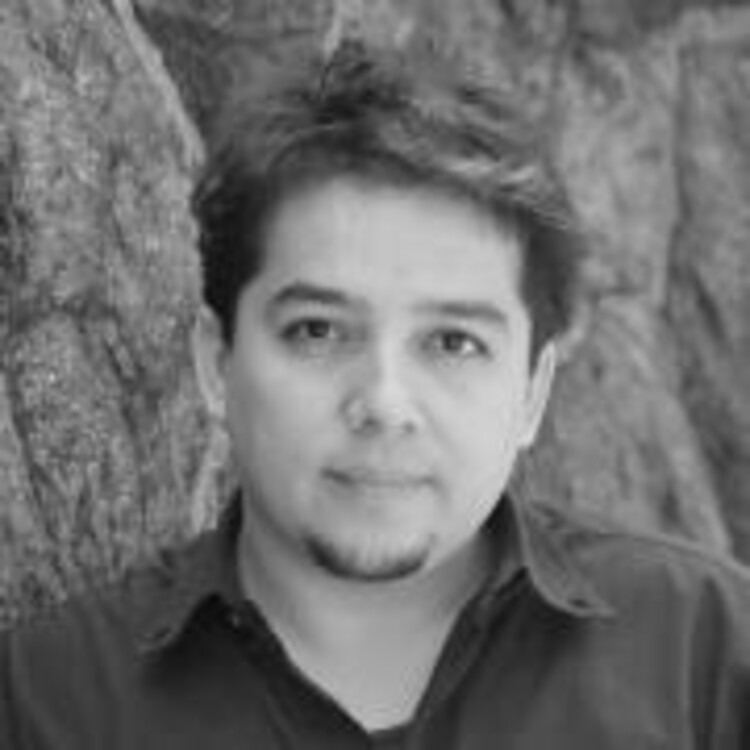 Teresa Marrero: Wow, after reading your bio, I don’t know where to start! You have a ton of awards and fabulous accolades to your name. Maybe we can start somewhere differently. You grew up in Los Angeles, right? Where? I grew up in Redondo Beach and I know that a sense of that coastal infinity line between the ocean and the sky has seeped into my psyche. What role, if any, did growing up in LA play in your sensibility as a writer?

Matthew Paul Olmos: I was born in Montebello, California and raised in South Pasadena, about ten minutes from downtown LA, so we weren’t really a coastal family, but growing up we would often drive down to Mexico to camp on the beach, and so the ocean has always held a particular light in my memory that I turn on when I’m feeling homesick living on the East Coast; it shows up an a lot of my work.

As far as Los Angeles, my characters tend to talk in a stylized rhythm that is rooted in how I hear Mexicans from the West Coast speak. It’s interesting to me that actors who aren’t from or have never spent time out west to can take awhile before they catch the language.

With theatre, I’m attracted to stories of social or political relevance to the world we all live together in… With film or TV, I approach them much more as an audience member—stories I’d like to see.

Teresa: Was writing something you have always done? If so, why theatre?

Matthew: I started writing around the time when I got more into music, so late junior high or early high school. I found myself paying specific mind to the lyrics, often writing them out and loving the rhythms or poetically-put thoughts, so that led to writing teenage poems—which sometimes guys would pay me to write for their girlfriends—and later on short stories. I imagined I would write and direct films with my life.

Theatre happened very late for me. I really hadn’t seen a play until I was a senior in college. I stumbled upon an Intro to Playwriting course at UC Santa Barbara, and early in the semester my professor pulled me aside and told me that playwriting was something I could really do, so I stayed an extra year and switched my major to theatre. To this day, I still feel like an outsider, though.

Teresa: Can you tell you us how you feel the difference in the process between writing for the theatre and writing for film? How do your film subjects differ from your theatrical ones, if at all?

Matthew: I’d say I try to write film scripts—I don’t think it’s something that comes as naturally to me as theatre. To me, playwriting feels close to playing an instrument: you can riff, you can free-form, you can dance when the moment comes to you. With film and TV, there is so much structure and expectation that feels limiting to my style of writing. I am hoping as I write more in those mediums that my voice and structure will find a place to make-out.

With theatre, I’m attracted to stories of social or political relevance to the world we all live together in; if I don’t think a particular idea for a play has that, I won’t write it. With film or TV, I approach them much more as an audience member—stories I’d like to see. They feel more from entertainment than necessity.

Teresa: What can you tell me about the beginnings of the living’life of the daughter mira? How did this piece develop into what we saw during Carnaval in July 2015?

Matthew: the living’life of the daughter mira extends a topic I write about often, which is parenting, questionable parenting; children having children. The play really comes from my cousins growing up, how some would get pregnant rather young, often with no partner in place. At the same time, the piece is also somewhat a poem to my mother, who is a Labor/Delivery nurse in Montebello, CA; she would often come home under-whelmed at teenage mothers who showed up for their second or third pregnancy. But my writing rarely comes straightforward, so with all of that for inspiration still came this play that bends time and reality and I hope finds beauty and hope where it seems not possible.

Teresa: While watching the living’life of the daughter mira at Carnaval, I was really struck by your use of language, particularly your turn of a phrase that makes it strangely familiar but not quite at the same time…

Matthew: I don’t honestly know where the language comes from; most of it comes from a stream of consciousness—until I’m editing, that is. But what I’ve learned about it throughout the years is that it’s my way of giving voice to the often voiceless; I write mostly about the sort of people on the opposite end of flush, and so when I hear them speak in this kinda jagged form of poetry, it moves me in a way I can’t even really describe. Technically speaking, some actors sing it beautifully, others can’t wrap their minds around it.

Teresa: What are some of your take-aways from the experience at Carnaval?

Matthew: Carnaval was a moving experience for me in that it made me feel like I was part of something larger than my own. It made me feel like less of an outsider; like I have a community that welcomes me, even if I don’t talk so much when I’m first around people. I also felt empowered to be included in what feels like a real movement in the theatre community.

Teresa: You name quite a few “artists you dig” on your website. Can you name a couple and tell us why?

Matthew: I’m so incredibly moved by artists who push the form and pay little mind to how “producible” their work might be. I haven’t missed a Young Jean Lee project since I was first blown away by The Shipment—her insistence on doing work her own way inspires me to no end. I love watching writers like Samuel Hunter grow from their more indie days to such substantial works like The Whale. I love voices that are so different from my own; the structure and simplicity of Rogelio Martinez or Mando Alvarado; the simply bad-ass theatricality of Caitlin Saylor Stephens. And then there are companies like The Assembly or The TEAM who stir something in me to re-invent my own process.

Teresa: Could you share with us a little insight about your works in progress?

Matthew: I’m very eager to finish my three-play cycle about the US/México drug wars entitled so go the ghosts of méxico. While we are currently looking for a home for Part Two, I am still developing Part Three with director Rachel Chavkin. This third part focuses on the US involvement in the drug wars. My nationalism play was inspired by a photograph I saw after Osama Bin Laden was killed; it showed a little boy sitting on his father’s shoulders and they are both carrying a flag and cheering. This image struck me as so unfortunate and in the wrong direction. I am also finishing up a play about school shootings, inspired by the 2014 incident just outside of UC Santa Barbara, where I went to undergrad.

Teresa: I am going to borrow some of James Lipton’s questions from “Inside the Actors Studio.” What turns you on creatively, spiritually or emotionally?

Matthew: people thinking and doing for the greater good

Teresa: What turns you off?

Matthew: people’s over interest in themselves

Teresa: What sound or noise do you love?

Matthew: the ocean; above and below

Teresa: What sound or noise do you hate?

Teresa: What profession other than your own would you like to attempt?

Matthew: someone who works in or on the ocean

Teresa: What profession would you not like to do?

Matthew: anything repetitive and still; think Tom Hanks in Joe Versus the Volcano

Teresa: By the way, how is learning to surf going?

Matthew: I still spend more time falling into the water, but I love it.

Matthew, I too came to theatre late (at 27). We late introverts can stick together :)

Matthew, I too came to theatre late (at 27). We late introverts can stick together :)