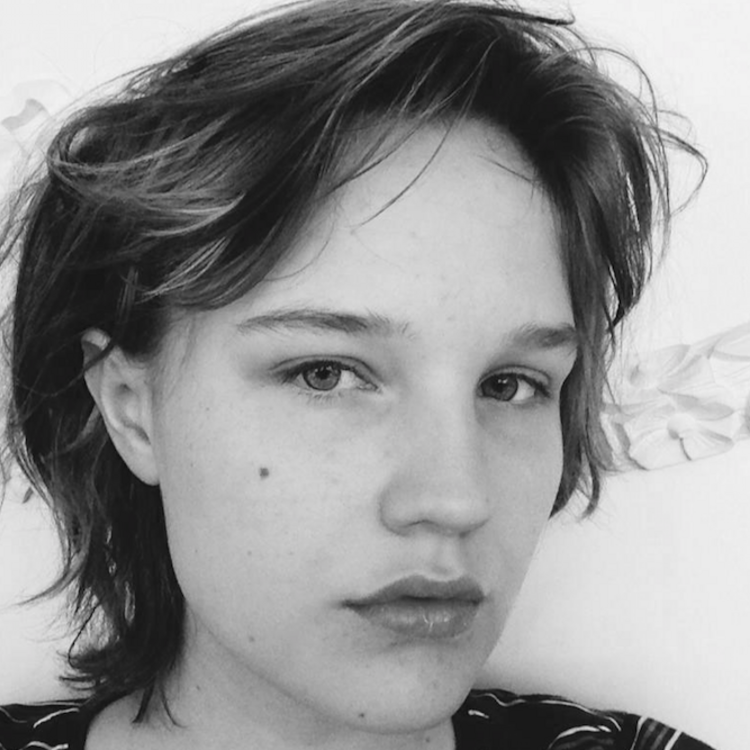 A Call for Theatre That Depicts The Reality of Mediterranean Immigrants

The bodies float above the sway of blue cloths, shadows imprinting themselves onto the audience that waits below. A dialogue is heard, echoing out from speakers, and the bodies drop, bursting through the blue barrier, swirling, in a way that’s both haunting and mesmerizing.

So begins the journey of the play Borders, created by Cirkus Cirkör and Malmö Stadsteater and staged at Hipp in Sweden. But this is, in fact, not the start—not for the actors, and most certainly not for the immigrants who this performance portrays. The journey starts before; with bomb shelters, with starvation, with choices to be made. With the knowledge that staying here might mean you can live but not be alive, and crossing the waters to get to there could mean actually forming a life.

The question which has quietly edged itself into my conciousness and resided there is the following: what room does modern theatre leave for portraying these realities? Where is theatre like this shown? Because I believe that it not only should be told—it needs to be. If nothing else, for the fact that during Borders, I heard one woman saying, “If you find this disconcerting, we can leave.”

In reality, no one gets the chance to leave. Sure, you can leave a performance, go home, sleep it off, and get back onto the carousel of ordinary everyday life. I say this, considering all the times I’ve been in the audience, counting the minutes to the end, wiggling my toes to prevent them from falling asleep. My point is, this shouldn’t happen. Make no mistake—Artaud’s method of creating disturbing images to provoke the audience is far from dead, but in all the shows I’ve viewed this past year, I lack seeing the element of Brechtian theatre which inspires the audience to change.

Should theatre dare to widen horizons; dare to provide a solution? To instead of acting as a confirmation of the viewers’ conceptions of the world, should it push them away from watching plays which serve to justify their passiveness? For me, the answer is a clear yes. We should find a theatre equivalent of film, which uses the documenting technique to catch a glimpse of everyday harshness. Moreover, I think theatre should promote the idea that we can, and are required to, wield an influence.

By bringing this humanitarian crisis into theatrical context, we transform the observer into a viewer, and hopefully, in the real world, an actor.

Of course, there are many themes which should echo in the halls of theatres, all of which could stop the audience from turning the other cheek. ISIS, feminism, poverty, and discrimination against transgender people are just examples. Me arguing for the fates of EU migrants to be recognized within the performance world is not the equivalent to disregarding the other issues of current times. I see it as a bridge to other relevant discussions. The reason for me proposing that we switch off our entertainment goggles to instead look at the bodies filling our seas is grounded in that this humanitarian crisis is as far from anything abstract or theoretical as you can possibly get.

This is what theatre is all about: realizing concepts and ideas and making them graspable, like an apple extended from the actor to the viewer. By bringing this humanitarian crisis into theatrical context, we transform the observer into a viewer, and hopefully, in the real world, an actor. More than ever, this has become relevant in Europe, where the question of “What can I do to help?” is resting on most peoples’ minds and lips.

In Borders, the point where the performance turns spectators into participants of an experience is illustrated in a moment which is irreversible. Actors haul members of the audience away, forcing them to sit on the floor. And some refuse to budge, despite that in contrast to the story unravelling before them, their sacrifice of comfort was non-existent.

However, I not only argue that theatre should hold the power of convincing the audience. Sometimes, it can be better to strive for understanding or providing a new perspective. But how is this achieved? Do we connect with facts or do we create an emotional connection, so as to get a humanitarian reaction?

My opinion is that a combination of both is justifiable. To resolve modern day issues, it is not enough to make the audience feel sorry for the characters. To get the full effect, the imagery of the play must be burned into their minds long after their applause has faded. This being said, I think we as an audience should not only require a strong personal connection to the people in the play or their situation so as to empathize with them. Any theatrical experience must leave the audience in a strong enough emotional state that they detach from their personal experience and instead latch on to understanding how this situation applies to someone else.

Why? So as to stray from the idea that theatre is created for select audiences. This is extremely contradictive, as it encourages the audience to only seek performances which apply directly to them.

By discouraging this effect, theatre can make the audience see the bigger picture, rather than themselves in the picture, and thus promote itself as an art which extends beyond the aesthetic images depicted as the actors fall through the cloth in Borders. It will lead to the realization that the cloth is in truth the sea, jaws open wide, and the floor is the final bed into which these humans sink.

Not sure if political theatre or theatre of education is effective. Theatre does not resolve issues. It creates new issues. I recommend reading UK dramatist Howard Barker's "Arguments for a Theatre" which is a sort of "manifesto" calling for a return of tragedy and an end to didactic political theatre. The theatre audiences that these political play speak to already know the "stories" of the afflicted. What we need is moral speculation not reaffirmation of the political morals of those of us on the Left. Theatre does not save the world. It only complicates it further.