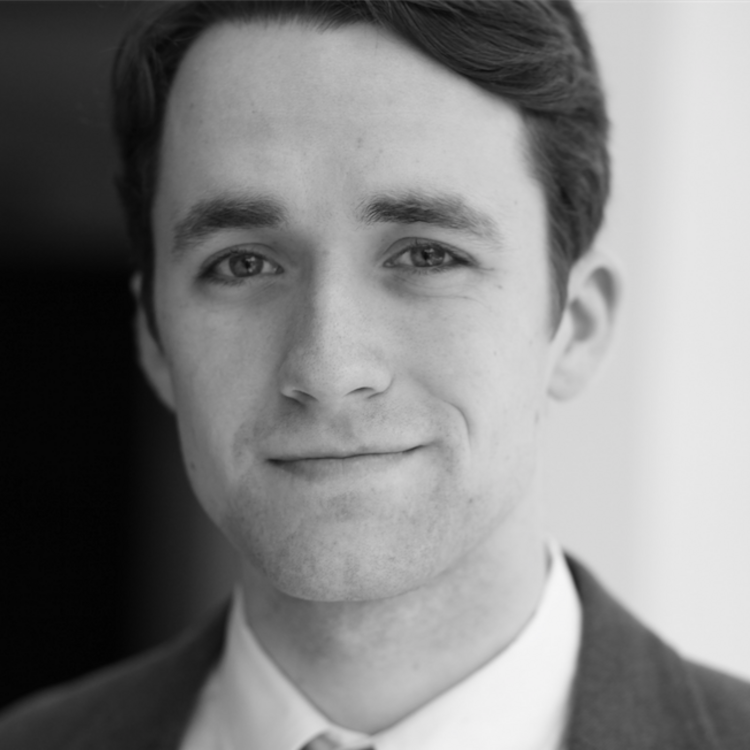 Steppenwolf’s production of Lucas Hnath’s The Christians—which closed at the end of January—was one of many to pop up across the country the past three years. The play is running currently at Dallas Theater Center, Denver Center for the Performing Arts, and San Francisco Playhouse.

The play’s popularity at regional theatres is understandable. Set somewhere in America, it’s the story of a blossoming mega-church that has just paid off its debts, thanks to its expanding congregation’s dedicated tithing. To mark this new era, the pastor, Paul, announces he believes God has told him there is no hell. When his associate pastor, Joshua, challenges him in front of the congregation, a schism begins—people who initially side with Paul leave as weeks pass. Doctrinal difficulties, suspicions that Paul manipulated them for money, and broken friendships drive many church members away. Paul loses nearly everything.

Scott Zielinski’s lighting design marched from a fully lit stage, to a dimmer fluorescent room, to a small pool of light, visibly matching Paul’s losses, and creating space for spiritual doubt to settle. Instead of the robed choir I saw in the 2014 Humana Festival production, Steppenwolf’s church housed an excellent and smaller worship band who played catchy pop-rock versions of scripted hymns (and a new song or two). Since the choir was downsized into a band, each band member had a relatively greater presence in the cast, amplifying Steppenwolf’s racially inclusive casting.

The cast was great. Typically, Hnath plays call for dispassionate, language-driven characters, but Steppenwolf’s cast vibrated more, arguing with plainspoken intelligence, raising their voices a little, shaking a little with vulnerability. Except Tom Irwin’s Paul, who seemed a little too cool preaching an epiphany about universal salvation, perversely steady despite a growing pile of personal and financial consequences. It was easy to believe his Paul would make a catastrophic administrative blunder such as this. He wasn’t naturally charismatic—which I think benefited the story.

Steppenwolf’s actors often used cordless microphones instead of corded microphones, like in the original production. Reflecting on the show afterwards, the microphone change stuck in my mind, since it lives at the heart of the play’s theatrical design. The entire show is set in a church sanctuary. Around the time of the Humana production, Director Les Waters discussed the play with Hnath. Both men agreed on every character using a microphone—even at the first rehearsal. Critics have many different ideas about what the microphones accomplish, and how well. Hnath’s stated intention is simple, sly, and theatrical. “What I found is that dialogue is far more interesting spoken into a mic than it is not spoken into a mic,” he says. “There’s something about the sound of a mic that makes it sound like you’re inside someone’s head.”

This ingredient crowns a recipe for emotionally gripping intellectual debate. Across his plays, Lucas Hnath’s characters speak in simple-worded declarative sentences, forgo contractions, speak their minds without subtext, and even narrate their own stage directions. His plays are clinical. The microphones offset some of Hnath’s studied detachment by smuggling the debate right into our heads.

The Christians proves to be a gentle, sophisticated call to intellectual humility, at a time when we dearly need it.

But sure enough, since 2014, critics have noted how “fair” The Christians is, how Hnath balances competing perspectives without favoring any of them. The director of Steppenwolf’s production, ensemble member K. Todd Freeman, observes, “[The play] makes you examine yourself…what I love so much about the play is that I find myself on both sides of those ideas, on a subject that I thought I was on one side of.” Each major character has ample stage time to argue his or her side. Hnath himself connected The Christians to Antigone, the Greek tragedy in which Creon declares his position on a community custom, expels Antigone for defying his decree, and then must listen to the other characters make various cases against his decisions.

The Christians follows that pattern. When Pastor Paul denies hell, Associate Pastor Joshua immediately resists his reinterpretation of certain Bible passages in favor of longstanding Christian tradition and his personal experience witnessing his mother die. A congregant, Jenny, says that even though the change “makes sense,” it’s difficult to explain to her son how “what we believe could just so suddenly change.” When the pastor admits Hitler is in heaven, she recoils: “I can’t imagine it, that heaven. And if I can’t imagine it, I can’t believe it, and if I can’t believe in heaven, then that makes me feel lonely and scared.” Later at home, Elizabeth says to Paul:

It feels so strange, that almost overnight, you don’t have the same beliefs as me…[and] I think about me, a version of me, say, two years from now. And she believes what you believe, and she believes what I don’t believe, not right now…that version of me thinks I’m stupid for thinking what I think, now, but also, I’m here thinking she’s so wrong, and I don’t want to think something so different from what I think now…because there’s a slipping that happens.

Alone in this “new” belief by the end, Paul pushes himself:

Paul trails off because he has come to an unnerving loop: “God gave me the feeling that tells me God is there.”

Believers aren’t the only group that face epistemological cul-de-sacs. It’s a universal issue. Eugene Thacker, in the second volume of his Horror of Philosophy trilogy, asks: “Are there questions that cannot—or should not—be asked, lest they undermine the knowledge they wish to produce? How much uncertainty is tolerated before knowledge becomes doubt, and when does doubt come to a stop, if ever?” Thacker cites Meditations on First Philosophy, in which Descartes wonders if our senses are inherently deceptive. He retreats from this possibility, likening himself to “the captive, who was enjoying in his dreams an imaginary liberty, when he begins to suspect that it is but a vision, dreads awakening, and conspires with the agreeable illusions that the deception may be prolonged.”

For Thacker and Descartes, there is a limit to what is knowable, and no guarantee we even know what we “know.” For a materialist, such boundaries to the imagination and senses are frustrating, and maybe terrifying. But Pastor Paul, even with his faith, reaches the same boundary in that moment of solitary prayer. He backs away from the edge of knowledge, humbler and more fearful than before. Indeed, religious faith may be a robust response to the epistemic horizon—but it isn’t an impervious defense. Pastor Paul may quote Isaiah to buttress his belief that hell doesn’t exist—“because you have…depended on deceit, this sin will become for you like a high wall…whose collapse comes suddenly in an instant”—but who can corroborate his interpretation? How can a believer evaluate what is deceit, when doubts are a given? Can one distinguish deceit from doubt? And if one person can’t tell, how can a community? The play suggests a community’s strengths are both the ability to wallpaper over differences and ambiguities with tradition and/or omission, and the capacity to reassure members they aren’t alone. And sometimes, those strengths conflict, which causes the church’s collapse in the play.

Not only is it possible to find this “moment with the unknowable” for each character in the play, I think it’s possible to find these moments in the Old and New Testaments as well. Case in point. In the Book of John, Jesus himself, dying on the cross, cries out to the Father in apparent confusion, “Why have you forsaken me?”—and he is literally God. Just the night before, he prayed that believers “may be one, as You, Father, are in Me, and I am in You.” Some measure of doubt invades even the ultimate union.

The tension of nearness and farness, of doubt and trust, is found in one of the play’s epigraphs. It’s a quotation from Pat C. Hoy, II, an expository writing professor at NYU, Hnath’s alma mater: “I have a powerful urge to communicate with you, but find the distance barrier between us insurmountable.” Pastor Paul quotes this in his sermon. That single sentence reveals the core of The Christians: what does it mean to live in a world in which the thing you hold closest—be it God, another creature, or even yourself—is also the farthest away? How do we live in that kind of world?

What does it mean to live in a world in which the thing you hold closest—be it God, another creature, or even yourself—is also the farthest away? How do we live in that kind of world?

Part of Lucas Hnath’s genius is his capacity to see where the cultural dominoes will fall. He consistently asks “How do we live in x kind of world?” He poses clear ethical questions that will become ever more pressing as time passes. For example, just when the Boomers started hitting retirement age, his play Death Tax examined the future financial and personal costs of an increased lifespan, of how the old might wind up a grotesque burden on the young. Odile’s Ordeal dramatized the challenges of transferring consciousness, and of distinguishing a person’s spirit from their given body, when many Americans were at last beginning to process transgenderism. And when many American churches were wrestling with the existential implications of accepting or rejecting marriage equality, he penned The Christians, inspecting the larger specter of universalism. Because if this sin could stop mattering, couldn’t they all?

The Christians proves to be a gentle, sophisticated call to intellectual humility, at a time when we dearly need it. Political tensions are justifiably high. America is undergoing an epochal administrative change. Marginalized groups continue to struggle to be heard and recognized as equal. Climate change accelerates.

This play reminds us that even though time is short, and the stakes are high, doubts will interrupt us. Deceit and self-deceit are always possible—maybe inevitable. Therefore, approach one another with grace. Be quick to listen. Beware certainty, especially when we hold the power in the given situation or relationship. Most importantly, hatred and violence cannot settle life-and-death ideological differences. Try to work as a team. These lessons apply specifically to Christian churches, particularly when it comes to their soteriology and finances, but they equally apply to every tribe and institution.

Pastor Paul claims we create the insurmountable distance between us and everyone else. I disagree. That distance seems to be a feature, not a bug. But maybe we can shrink the gap. I think I heard this happening as I left the show: fellow audience members all around me, turning to each other, expressing what they believed without irony, listening to each other, where there otherwise might have been easy silence.