The Parallels of Ensemble/Devised Theatre and Hip-Hop 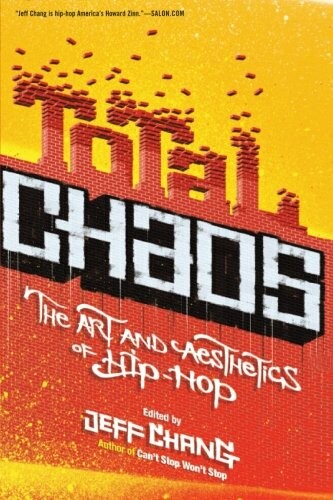 “…everyone starts vibing off each other and contributing bits and pieces of each other to make something new….” —Javier Reyes from "Colored Ink" as featured in Total Chaos, the Art and Aesthetics of Hip-Hop

If the above statement doesn’t align with the current understanding of what the ensemble and devised process of theatre is, I don’t know what does. Before I delve into exploring the parallels of these two seemingly different forms, let me take a moment and provide a perspective on the state of the hip-hop culture’s presence in American theatre.

I can keep going on what’s good and positive. In general, I do my best to cultivate optimism, because it fuels my passion, curiosity, and enthusiasm around the work. But the truth is, many large-scale theatres are lagging behind other progressive sectors in terms of diversity and reach. When I say diversity, I mean America’s shifting demographics, but also aesthetics and the creation process itself. Regional theatres are more challenged by working with ensemble companies that buck the traditional model of producer-playwright-director-designers, than say a young playwright of color that they may produce as a “risk” like Marcus Gardley (nothing against Marcus’ brilliant work). As Howard Shalwitz eloquently stated in his speech on Theatrical Innovation at last June’s TCG conference, regional theatres should think about how to make more work “off the assembly line” and approach the process from the beginning with a “production development or maybe purpose development” perspective. The approach would support diversification and mitigate risk.

But the truth is, many large-scale theatres are lagging behind other progressive sectors in terms of diversity and reach.

So what makes hip-hop culture and the ensemble/devised theatre process similar? I’ve thought about this for the last three years serving as an advisor for New England Foundation for the Arts’ National Theater Project (NTP). I’ve surveyed the field and learned about the generations of American ensemble theatres embedded in a practice of working collectively, working in community, attempting to transcend traditional notions of space and audience/community engagement, in modalities very similar to my Hip-Hop generational peers. As an NTP Advisor, it’s been easy for me to access the work artists are proposing while assessing how strong their ideas and partnerships are to NTP’s stated goals. Our work at the Hip-Hop Theater Festival (like many of our peers) has made us intimately familiar with collaborating with equally small or very large institutional partners, “flipping” or reinventing the theatrical experience around a particular space, organically engaging community/audiences while not separating the two, and smashing traditional theatre boundaries just to see what might happen. The Network of Ensemble Theater’s recent MicroFest in Detroit was about all of the above and more. It included local, national, and international sensibilities as well as Hip-Hop generation artists, and it did so organically, without trying to turn their presence into a marketing gimmick (for more on the MicroFest, see HowlRound’s Detroit City Series). This progressive approach is another major trait of the ensemble/devised theatre community that is shared with the Hip-Hop generation making theatre.

Another parallel is that the many companies in the devised/ensemble theatre community could care less about making their work in the regional theatre context (or within larger institutions in general). Like many Hip-Hop generation artists, they are intent on making work embedded in community, while not making “bad” community theatre. Question: When did “bad” theatre become synonymous with community theatre? I wish someone could tell me. In my tenure as an NTP Advisor, my confidence in the supported work and its importance in the ecology has grown. The investments being made in the field are fostering greater risk taking on the part of regional theatres, stronger collaborations between producers and presenters, and stronger nontraditional networks for those companies seeking to reach audiences in alternative spaces or site-specific ways. At the center of it all are the artists and their unique process of art making. That is perhaps the universal thread in all of our respective work. I do not take an antagonistic perspective towards large vs. small, urban vs. rural, traditional vs. nontraditional. It’s a big country. All of us have something to say and hopefully something good or great to share. And so I’m all for expanding the cipher (process), if the others involved truly know how to freestyle (improvise and take risks) so together we can make a fresh posse cut (new work).

***For those who don’t know, “posse cuts” are rap records that include a group of rappers or MCs who come together on one record. In theatre, I believe theatre makers are all MCs (masters of ceremony), plotting to make that next hot posse cut.

Clyde,
Thank you for this fresh, unique and timely perspective. As a member of the Hip-Hop generation I'm most excited by fostering and cultivating more freestyle mentalities within long standing institutions with aging cyphers. The work I do is born out of a passion first and foremost for the work, meaning it begins with excellence, creativity and integrity. Secondly access to the work is of vital importance because diversity is an asset and the work is already doomed if the only voices contributing to it, only sound and look like me. Lastly, I want the work to have far reaching impact. If we're producing work that doesn't effect the landscape in which we offer it, what's the point?

Ensemble and devised work is most exciting, because at the heart of it is community. It really democratizes the creation of work in the same way corporations embrace team projects as a means to effectively develop new products and initiatives. In 2007 when I produced Tarell McCraney's The Brothers Size with Bulldog Independent Group, the driving force behind that collaboration was everyone involved was a contributor to its success because their voice was critical to our ultimate success as practitioners of theater.

Lastly regarding your thoughts on community theater, I think it has been associated with bad, because frankly much of it does fall below the standard we see in our institutions or by some of our highly regarded artists. Whether that be in the writing, dramaturgy, acting, design or direction, the work must hold a high standard of excellence.

Always must be held to excellence bro. I appreciate you. Mixtape Series coming soon!

When did community become synonymous with bad and why? I've been asking myself this question for years. Good observations on the parallels of Devised work and Hip Hop.

I don't know Shay. It's why I asked, but to Malcolm's point. A lot of it is...I think storytelling can be exceptional in any setting and at the end of the day that's what we do as theater makers. We tell stories.

Erin Washington interviews Steven Sapp about his process with Universes, and their show Party People at Oregon Shakespeare Festival.