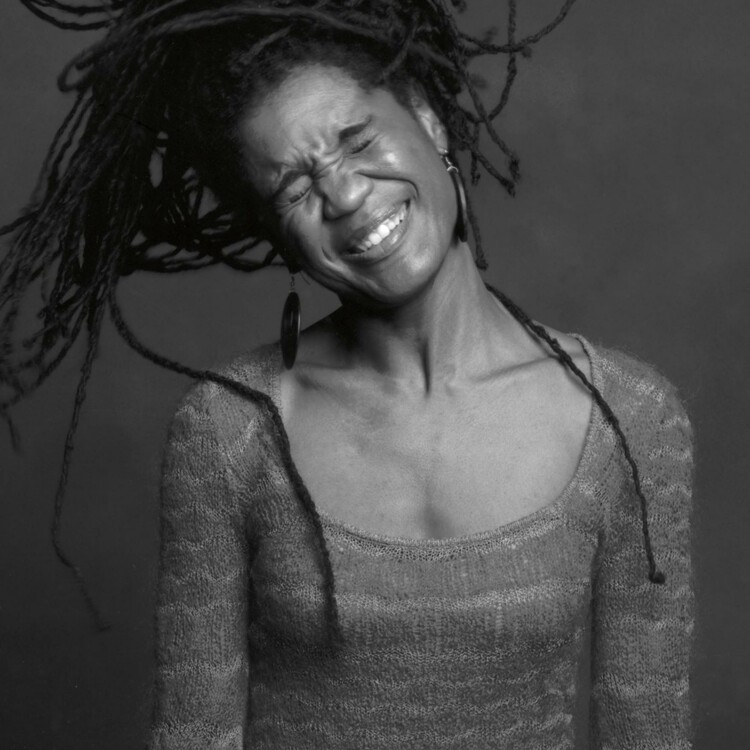 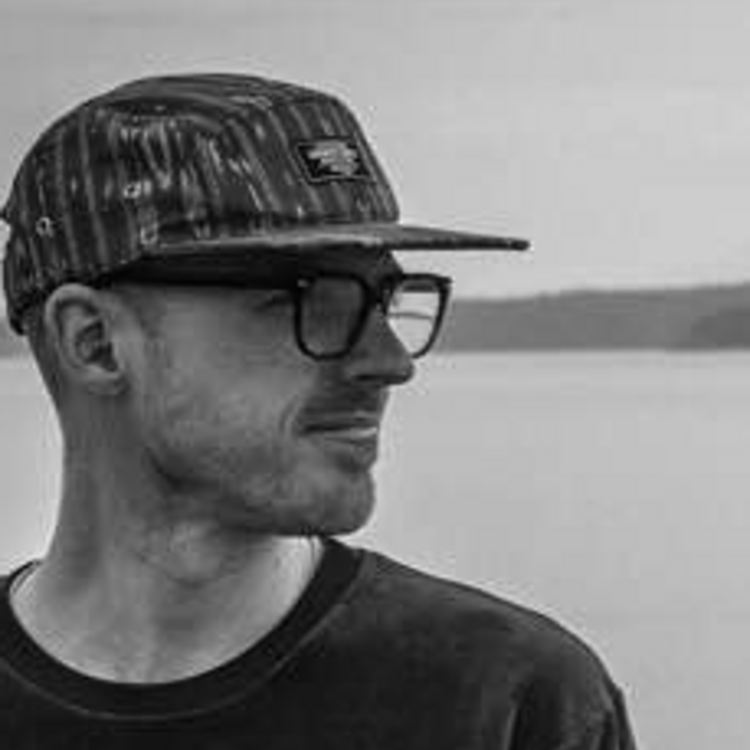 A shockingly low number of women writers of color are presented on stages across America. Looking at regional theatres across the country in the last three theatrical seasons, only 3.8% of plays were written by a woman of color according to The Count. Here in Seattle in fall 2016, we saw the tides begin to change as three theatrical organizations produced works by black women playwrights: Intiman Theatre with Wedding Band: A Love/Hate Story in Black and White (culminating their full summer season celebrating black women playwrights), Seattle Repertory Theatre with A Raisin in the Sun, and our own contribution, Forward Flux Productions with The Wedding Gift.

While this is a triumph for Seattle, a great, progressive city, we must continue pushing forward as a nation. Our work will not be done until we allow artists of color the same opportunities to share their thoughts and explorations on any subject within the human experience, not just what we deem them to be through the lens of their race. This freedom to tell stories about the complex whole of humanity is a privilege that has been reserved for the mostly white men who have commandeered our stages for so long.

When you’re a white playwright writing about white people, you don’t have to also worry about your socio-political responsibility to white people, whether you’re representing them accurately or in a way that they’ll find acceptable.

There are little to no Asian-American theatre critics at most major theatre reviewing papers in the country. Hardly any black, Latino, or Native-American ones come to mind either. Playwrights of color have to consider this every time they sit down and stare at that blinking cursor. Compound that by throwing gender into the mix, and it’s downright exhausting. Which is why it’s understandable if they would refuse to get bogged down by all of it and focus on something other than race or gender in a work. Like the tragic loss of a friend (Ngozi Anyanwu’s Good Grief), the emotional brutality of mothers-in-law (Nandita Shenoy’s Washer/Dryer), or the cut-throat culture of academia (Merit by Lenelle Moïse). Sometimes, women writers of color just want to focus on being human for a while and forget that there’s a whole country full of people who subscribe to the Steve King “sub-group” school of thought when it comes to people who aren’t white men.

And that “sub-group” mentality? It affects not just the playwright’s creative process, but how the products of that process are viewed as well. White people’s expectations for the work of writers of color present a damned-if-you-do-damned-if-you-don’t dilemma. On the one hand, heaven forbid a writer of color choose not to have race be the focus of a work. For example, A. Rey Pamatmat’s play Edith Can Shoot Things and Hit Them—a critic said of the Filipino-American characters that he wished “more of their culture were on display,” and thought it was “odd that they have no racial problems.” It’s as if it’s Pamatmat’s responsibility to educate non-Filipinos about Filipino culture, and not simply craft a narrative that appeals to people’s souls. Though seemingly white audiences pretty much demand that writers of color write about race, many lack the cultural frame of reference to receive it. Take for instance, Dominique Morrisseau’s Detroit ’67. Here’s a play about a black family dealing with the appearance of a white stranger in distress during the Detroit race riots. You know. The 1967 riot. Fires. Violence. High hostility. One white critic who reviewed it likened it to Good Times. Because that’s the extent of his exposure, and his entrée into black culture did little to prepare him to receive the nuances in Morrisseau’s play.

When you go to the theatre and see a play, consider supporting the work of writers of color, especially women. We are so rarely given the opportunity to hear their voices.

To complicate matters, one can’t help wondering how these plays would’ve been received had they been written by Stephen Adly Guirgis or Bruce Norris, both white men who have been rewarded for presenting narratives about black and brown people. It’s likely any degree of cultural exhibitionism would have deemed Edith Can Shoot Things bold and broad-minded. And it’s highly unlikely that a play set against such a tumultuous and racially charged backdrop as 1967 Detroit would have been compared to a ’70s sitcom.

While there will always be those who undertake the work of exposing and dismantling bigotry in their work, there are playwrights of color writing modern plays that are not about slavery or race relations in the mid-twentieth century. It’s time to hear and see these plays on our stages right alongside those that do explore these important and, sadly still timely, topics. And its long past time that works that do depict racial oppression and all the problems that come along with it have a proper context, in which they can be thoroughly and thoughtfully processed.

When you go to the theatre and see a play, consider supporting the work of writers of color, especially women. We are so rarely given the opportunity to hear their voices, and that must change if we are ever going to move forward as a unified nation. (Or at least not inspire riots by ticking off entire segments of the American population.)

Please excuse the name error. I read it correctly and even noted it, but my fingers must have rebelled.

Support and Love from The Living, bb.

This article is so right on. One area of potential as well is the colleges and universities who also suffer from a great lack of representation for women playwrights of color. There- interestingly, the casting becomes an issue due to the fact that many undergrad liberal arts colleges for instance- who may have a strong drama dept.- also have a primarily white student body. It would be great to think forward on how to work with that issue, honestly and well- because the young generation upcoming is critical to expose to these stories- across the nation. At any rate... something I have thought a great deal about.

Agreed, this article hits the nail on the head. American academia and stages have too long been claimed as blank white spaces, when truly they are meant for exploration by anyone moved to these human pursuits.

Native American playwrights don’t seem to fit anywhere in minority theater discussions. We're not black, we're not brown, our eyes are unslanted and most of us are not really red anymore either. For the most part, we consider ourselves members of a tribe, not of a race, and we are often unrecognizable except to each other.Because we are identified by no specific color and share few distinguishing features, opportunities meant for natives, especially native women, are sometimes stolen by imposters who with no knowledge of the reservation or 'commodity cheese' culture, fit themselves to the Hollywood image of mixed breed native and use their stolen identity to climb the academic ladder. The academic elite are quick to establish them as experts on the native cultures they’ve never experienced. Most natives ignore the lost opportunities and view the imposters as mere fodder for jokes. We laugh at outrageous accounts of the non-Indian wannabes who claim Cherokee Princess grandmothers and declare themselves 1/3 American Indian. Native writers may use more nature images, unusual cultural references and our humor may sound too ironic or even cruel to some, but we have honored storytellers for centuries and we have great stories to tell. The odds are against native women writers, can be overwhelming, but scarcity sometimes opens opportunities. Native writers and performers just need more opportunities and we must stand together.

this is such a needed part of the conversation. My admiration for the few Native female writers and theatre makers - New Native Theatre here in the Twin Cities as well as the ongoing work of Muriel Tarrant and family - is unbounded. I do not have to "know" the depth of the narrative to respect the power of the storytelling. More conversations about women writers of all colors/hues/cultures. not really want to see them as marginalized but more as guides on the road to new horizons. Keep dreaming and of course writing .

My opinion of the Twin Cities was solidified the first time I visited the city in my twenties. It is the only airport I've ever been in where the walls were covered with posters for plays. And I've come to believe it is a city filled with the acceptance of unbounded creativity. So glad to hear that acceptance is extended to all genders and colors. Thank you Harry Waters, Jr.

Thanks. Its Waters .. but no matter. Recently Sarah Bellamy has ascended to helm Pemunbra Theatre, a flagship of the August Wilson ouvre...she is bringing the heat with women of color in all areas of creating live performance and storytelling.

Please excuse the name error. I read it correctly and even noted it, but my fingers must have rebelled. Correction made.More in an effort to avoid tribal disapproval than in fear of audience rejection I have avoided writing about native issues except as minor sub-plots in historical musicals. Now I can't seem to find a niche. Maybe I am too comfortable.Thank you for the information.