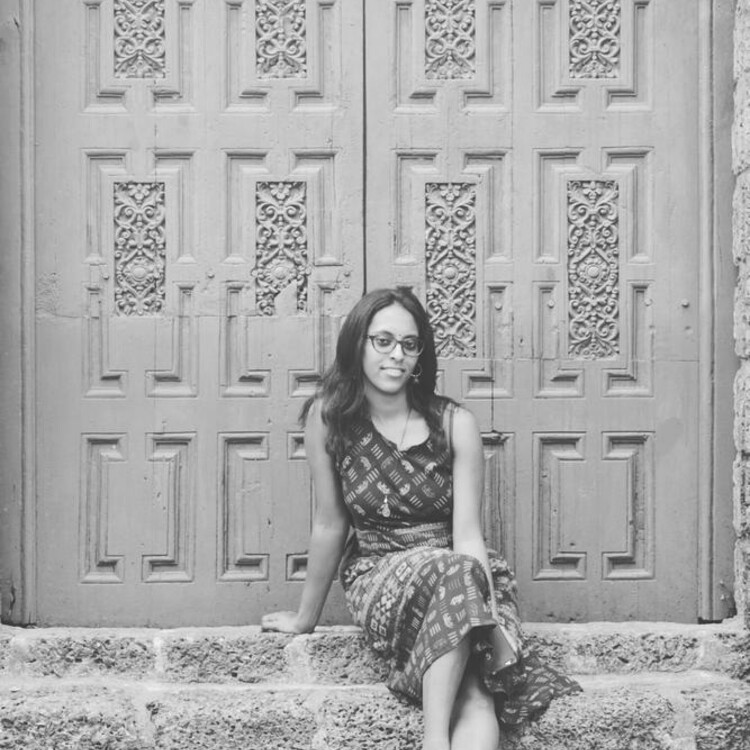 Theatre has yet to be culturally inculcated as an everyday art form in India—and especially in the capital, Delhi—the way painting, music, or dance is. It is often an elite affair. What is presented onstage is chosen for the particular audience and limited to their tehzeeb (morality). Classics get repeated as safe grounds for performance, and plays with real issues of provincial and queer nature get filtered out. Even so, interestingly, the metropolis lights up with shows and theatre festivals in the evenings.

In March 2017, I was at one of the main state-backed theatre centers of the country, the National School of Drama, for my research on expressions of sexuality in theatre. One of my first interactions on this theme was with Roshan, a long-time actor there, who was slightly offended by how I could link something so holy, like theatre, with something so private, like sex or sexuality.

Talking about sexuality in public in India continues to be taboo for some people and even offensive when linked to the art form that has sacred, religious roots. Ironically, sexual intimacy between the religious deities is relished—Roshan explained how, in the theatre, it is okay if the god Krishna is shown pulling the goddess Radha’s sari onstage, but a similar scene between a contemporary couple may be offensive and immoral. This false immoral aura is problematic, and I believe there is a need to discuss sexuality as part of our contemporary social reality and everyday norm, taking it beyond the mythological.

Sexuality broadly refers to a subject’s public identity, feelings, and cultural expressions of their body and respective objects of desire and attraction. The continuous campaigning for LGBTQI rights prevents it from remaining a private affair—making it both public and political. My research is focused on understanding how sexuality is expressed in the public realm of proscenium theatre in India.

The 'ideal' woman—which men built and portrayed—was externally fair, sari-clad, and adorned with jewelry, while internally was characterized as submissive and devoted to her husband.

A peek into its origins gives us context as well as insight into its current state. Historically, performances in India were often staged in open arenas, a little lower than ground level and surrounded on all sides by the audience. In 1860—around the same time that so-called “unnatural sex” or “alternative sexualities” was criminalized under section 377 of the penal code (a law still implemented archaically)—and under British colonial rule, these pits were replaced by English architecture: a closed space with an elevated stage, separated from the audience—who are seated on one side—by the proscenium arch.

Theatrical drama on stage strictly followed the heterosexual norm and was solely run by male patriarchs. Indian women were neither allowed to act nor were they in the audience, and female roles were played by Jewish actresses and men. Some female-impersonating male actors became so popular that they were even used as models for advertising female accessories and cosmetics. This allowed the patriarchs to create an image of the Bharatiya Nari (the “ideal” Indian woman) without the woman’s involvement and distanced from their actual lives. The “ideal” woman—which men built and portrayed—was externally fair, sari-clad, and adorned with jewelry, while internally was characterized as submissive and devoted to her husband. This image was used by the Indian men to portray their women as modern against the colonial accusation of barbarity, while the Indian women had to emulate such an image to enter public life.

More recently, LGBTQI proponents have been using theatre to essentialize their sexuality. In 2015, the Delhi International Queer Theatre and Film Festival (DIQTFF)—mainly organized by the NGO Harmless Hugs, a Facebook group dedicated to providing a safe space online for India’s LGBT community—was launched. Such a festival can be considered an unwarranted phenomenon, but the help of foreign-market funding (from the Netherlands, the AIDS Healthcare Foundation, the Canada High Commission, GLIFFAA of the US Department of State, and others) in a neoliberal global economy gives it a space in an otherwise heteronormative theatre culture.

However, one critique of importing such neoliberally funded queer politics is that they create further binaries instead of initiating dialogues. It cannot be denied that DIQTFF addresses urban-centric gay identity, which perfectly fits into the consumer market role. However, in this process, the South Asian categories (or “native” categories) of alternative sexualities, like kothi, giriya, and double-decker—which, by definition, often do not correspond with the imported identities like gay, lesbian, or bisexual—get ignored or unaddressed. The individuals who identify with those native terms, unlike the ones portrayed at DIQTFF, are largely uneducated, live in ghettos, lack stable occupations, are religious, and face police harassment. Their story goes unaddressed, as if India never had such communities, and it creates a larger gap in the existing society, which may be familiar with its own variants of alternative sexualities but not the imported identities.

One of the challenges that queer theatre artists face in India is a lack of adequate vocabulary to address a heterosexual crowd about queer issues. This gap could be because of the importation of a narrow definition of gay identity that is difficult for the native to relate to. But if one peeks into history, the vocabulary is available. In South Asia, texts like Kama Sutra by Vātsyāyana (300 BCE–400 AD) and The Perfumed Garden by Shaykh Umar ibn Muhammed al-Nefzawi (16th century CE),as well as architecture like the Khajuraho temple in Madhya Pradesh, reveal a keen knowledge of the different aspects of sexuality. Festivals like DIQTFF, in their urban centrism, exclusivity, and narrow gay narrative, fail to initiate the intended dialogue and discussion to address queer issues to the larger crowd—and few theatre groups are using the religious, historical, and cultural vocabulary and accounts to do so.

Some plays that have engaged with local and religious native Indian stories to communicate and discuss queer issues are Dohri Zindagi by Padma Shri Vijaydan Detha, Dushyantpriya directed by Sarang Bhakre, ILA directed by Puja Sarup and Sheena Khalid, and Begam Barve by Satish Alekar. These plays, both original and based on famous epics, touch on traditions such as arranged marriages, work to bust perceptions that queer sexuality is a Western influence, and put the spotlight on trendsetting drag queens of Indian theatre, like Bal Gandharva.

In this context, India now also has its first transgender theatre group, Panmai, from Chennai. Panmai’s play Colour of Trans reflects on the pain faced by those undergoing gender transition. In one moment of the piece, the founder of the group, Living Smile Vidya, bares her torso, showing her new surgically constructed breasts.

One of the challenges that queer theatre artists face in India is a lack of adequate vocabulary to address a heterosexual crowd about queer issues.

Delhi’s position in the cultural politics of sexuality explored through theatre is not very different from the rest of South Asia. The liberalization of economy and opening of markets to international agencies has allowed exploration of new themes in cultural expression. But open discussion of sexuality continues to be taboo, and an individual’s public sexual expression still determines their position in the social hierarchy—legal or illegal, high or low culture. In such a scenario, where certain forms of sexual expressions are criminal, DIQTFF comes across as a bold face. In the closed and normally exclusive proscenium space that is used by the festival, the permission to be open about one’s sexuality is both celebrated and grieved at the same time.

The proscenium theatre developed under the colonial sociopolitical context was strictly heterosexual and patriarchal in norm. Despite the control to avoid any sexual sentiment on stage by avoiding women altogether, it still resulted in some unintended sexual sentiments of homoeroticism in the presence of female impersonators alongside male actors. This broke the early theatre patron’s attribution of all sexual sentiments and immorality to a woman’s presence on stage and made them question heterosexuality as the natural norm. In contrast, DIQTFF and its celebration of queer sexuality can be read as political action taking shape. Yet one cannot disregard the fact that, like most urban-centric global festivals, it has yet to incorporate the provincial queer subaltern and their respective lifestyle structured in poverty, illiteracy, religious rituals, and social-state institutional harassment.

Using our own language and cultural symbols will help debunk the Western alienation attributed to queer sexuality and initiate more dialogues and debates on the subject, bringing understanding and inclusiveness to the life of the provincial queer. The cultural richness that Indians possess provides ample potential to experiment with scripts and characters from across the peripheries. This will give new and bold meanings to the existing vocabulary in the audience’s mind and help them see familiar stories with new morals. Instead of introducing new vocabulary from the outside, advancements will be made in society at a quicker pace if theatre addresses sexuality in ways current audiences can connect with.

I agree with you Kattaikkuttu Sangam, when you say that sexuality is much more nuanced and has multiple layers and fabrics.

I think there's more nuance to it..... sexuality does not necessarily have to be in the public (performance) domain; the rural/popular still performs ground level and not proscenium stage; there are fantastic queer performances, like this one tacking colonial section 377: http://www.mandeepraikhy.co...

I agree with you Kattaikkuttu Sangam, when you say that sexuality is much more nuanced and has multiple layers and fabrics. Also, I am glad that you brought up Raikhey's radical and significant contribution to the current performance field and the way he sensitively and unabashedly addresses sexuality in our political scenario of section 377. Acknowledging that, my focus in this article was to convey the need to decolonize sexuality in the 'proscenium theatre' particularly. Considering the context in which LGBTQI(as my field respondents identified themselves) activists and groups are adopting theatre, funded and influenced by foreign agencies as a means to popularize and celebrate their sexuality. The question here is, whether it is helping bridge the gap in our society or creating more divides while the campaigners seek the right vocabulary to address the heterosexual crowd. Technically, Raikhey's work falls in the performance category of dance and choreography and not exactly theatre. Regarding the rural performers, can you share more on their performances in the context of transvestism and sexuality?

Thank you Mahi! Hope to develop it further.