Can A Play Explain The Muslim Diaspora? Nadia Parvez Manzoor’s Burq Off

Shortly after Islamic terrorists killed twelve people at the office of the satiric magazine Charlie Hebdo in Paris last week, and an accomplice seized hostages and killed four of them at a nearby kosher supermarket, a British newspaper wrote about the wife of the hostage-taker, who was now a fugitive: “France’s most wanted woman went from bikini babe to burka-clad jihadi fighter,” the Daily Mail proclaimed, providing photographs to prove it. 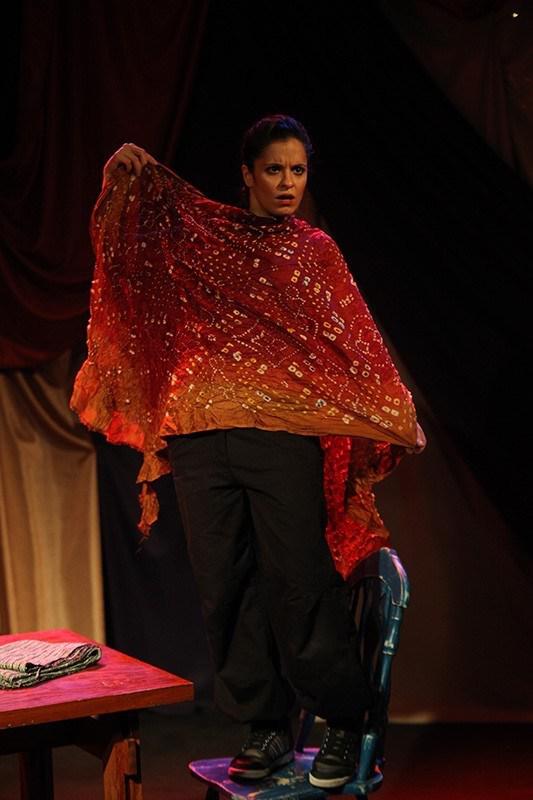 The night before, I had seen Burq Off, an autobiographical play that documents a journey more or less in the opposite direction—from burqa to bikini. Written and performed by Nadia Parvez Manzoor at Teatro Circulo in the East Village, the play never depicts the main character, Nadia, as a jihadi fighter, and her family doesn’t require her to wear a burqa all the time. But Nadia does wear one on a family trip to Mecca, prompting her father to remark in a tone of admiration (not irony): “You look very beautiful when you are all covered up.”

Manzoor portrays herself as a child, a teenager, a college student, and as the current-day Nadia who narrates her story. She also impersonates her father, her mother, her brother, other relatives, friends, classmates, her Islamic teachers, her first love—twenty-one characters in all. She makes the transitions from character to character with nothing more than a switch in facial expression and tone of voice, and a new position for a single red scarf—wrapped tightly or loosely around her head, or around her neck, or around her waist, or bunched together to represent a childhood toy, or elaborately shaped to signify…a bikini. 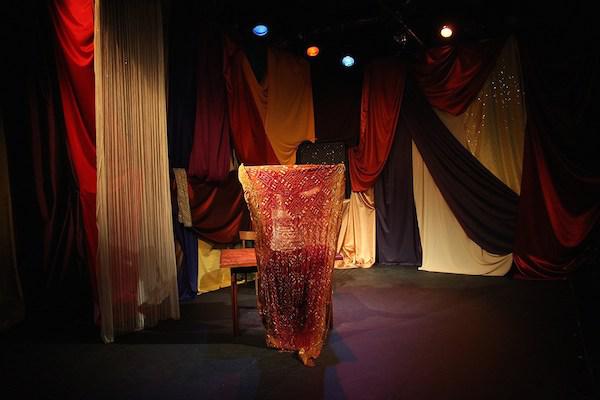 There are some remarkable scenes of easily understood dinner conversations involving all four members of Nadia’s immediate family. They are largely the focus of Burq Off. Nadia’s mother and father are religiously conservative Muslims who emigrated from Pakistan to Northern England. When at age seven, Nadia tells them she wants to be an astronaut, her father says she can’t be: “Who will feed your husband if you’re floating around in space?” Nadia’s twin brother, Nadia explains, is “pulled in full throttle by an extremist Islamic group,” but he seems to express his newfound fanaticism mostly by disapproving of the way his sister dresses. He tells her that her open-toe sandals doom her to hell, because she is “sexualizing men with your feet.”

This hint of comic affection disappears when similar disapproval is put in the mouths of the members of her university’s Muslim Women’s Association, “twenty-nine hijabi, all discussing politics with cups of steaming chai”—there is talk of “western oppression against our people.” At the meetings she attends, women urge Nadia to don the hijab herself as “the most empowering piece of clothing a woman can ever wear.” Nadia’s reaction: “I knew they were my Muslim sisters, but they didn’t feel like family.” 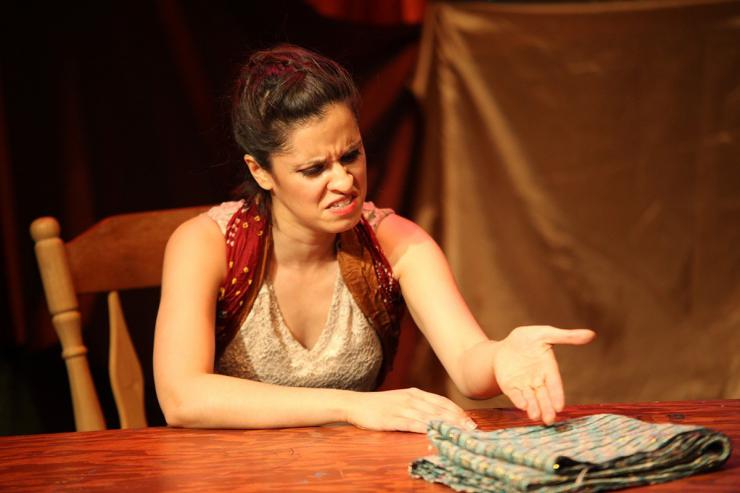 Nadia never wanted to be a “Paki,” and eagerly allows her blonde British best friend to corrupt her into Western ways.

There are hints here that Nadia’s parents are far from jihadists themselves: While it’s true that her mother forbids Nadia (as a child) to watch the soap-like American TV series Dallas, behind a closed bedroom door, Nadia’s mother watches the show religiously.

It’s tempting, given the timing, to use a play like Burq Off to make some basic humanitarian points about Muslims, especially when mainstream debate in the United States seems to revolve around whether “Muslim” is synonymous with “Muslim extremist.”

In Europe, the perceptual distortion caused by fear and loathing is apparently even worse. A chart in The Economist shows the percentage of Muslim population in each European nation and, more intriguing, what percentage their countrymen perceive them to comprise; note the perception is always much higher than the reality. 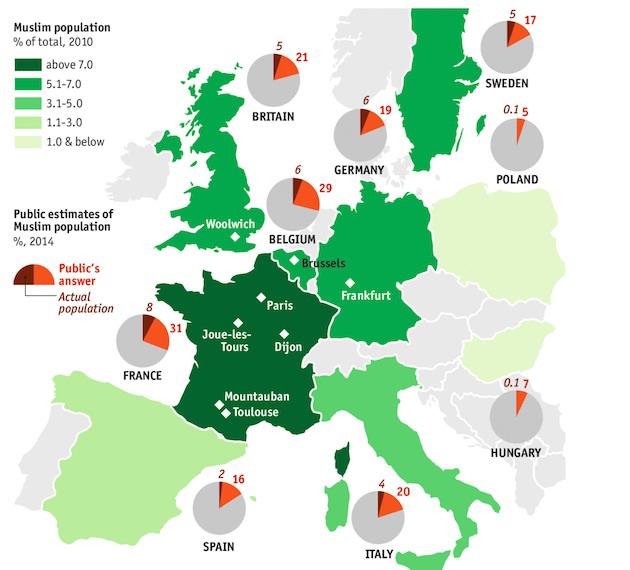 Some could argue that a play like Burq Off is not the right place to begin to understand the world of the Muslim Diaspora in Europe. First of all, how is it fair to give such a small, personal play the burden of a larger context? But Manzoor herself provides some of that context, throwing statistics into her monologues almost as if her drama were a form of journalism: “…I was…. one of the 750,000 Pakistanis that had all migrated by the early 70’s….” and “…Fifty-five percent of British Pakistanis are married to their first cousins…”

After she was caught going to the movies with a boy, Nadia tells us:

I might not have had the murdering type of parents in my home, but 5,000 Muslim girls last year did. Honor killings. Young women killed off by their parents for dishonoring their family name, for being too Western.

This suggests some other questions to consider. Long before the end of Burq Off—and this is no spoiler; look at the very title—we know that Manzoor has rejected the values not only of Muslim extremists, the “authoritative patriarchs that laid down their own laws in the name of Allah,” (as she puts it in the play) but possibly also Islam itself, or at least the way it is currently practiced by those she knows and loves. Is a play whose values are so in sync with those of her likely audience in London or in the East Village offering an authentic glimpse into another worldview—or just a reassuring simulacrum? This leads to another question: Could a play from the unmitigated point of view of an Al-Qaeda operative get produced in the West—and would we want to see it?

Really interesting post. The parting questions are particularly poignant. It's easy to watch and support stories that we already agree with, but would a story from an archetype we condemn receive the same consideration or empathy?Great stuff.

Jeff Stark on The Dreary Coast

The Dreary Coast is a site-specific immersive work that took place in Brooklyn’s Gowanus Canal, and used elements of Greek and Roman mythology, Dante’s Inferno, black metal music, and the canal’s actual history to journey its audience through one of the most polluted waterways in the United States.