Dan Wolf is an actor, rapper, producer, and director. He is a founding member of the Hip Hop collective Felonious and a resident artist with at San Francisco's Intersection for the Arts. His play Angry Black White Boy ran for twelve sold-out weeks and was named "Top Ten Best Theater" by both the San Francisco Chronicle and San Francisco Examiner in 2008. His play Beatbox: A Raparetta (co-authored with Tommy Shepherd) has been produced in San Francisco, Oakland, Petaluma, Germany, and at the New York Hip Hop Theater Festival and is published by TCG Books in the hip hop theater anthology Plays from the Boom Box Galaxy. His play Stateless: A Hip Hop Vaudeville, based on a true story, is a labyrinth of hip hop performance, live music, theater, video production, vaudeville shtick, magic tricks, history, and re-mixed folk songs connecting his contemporary performance style to the renowned 1920s German-Jewish vaudeville troupe, The Gebrder Wolf. Stateless has been seen in San Francisco, Oakland, Berkeley, Hamburg, and New York. During the day he is the Artistic Director of The Hub at the Jewish Community Center of San Francisco which produces and presents cutting-edge events that promote the revolution of Jewish arts, culture, and community.

Dan Wolf talks about San Francisco, and what makes him keep coming back, no matter where or how far away he goes. 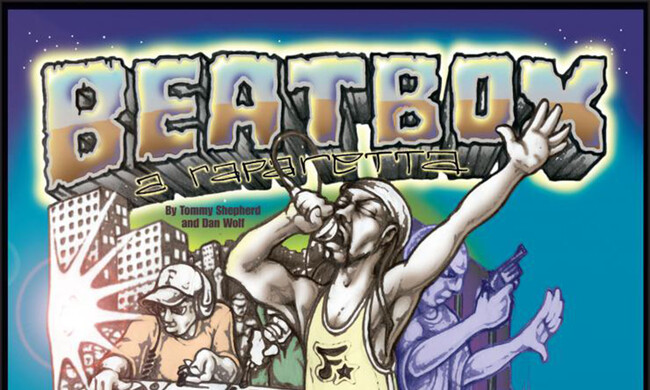 The Tuedelband Plays On
Essay

Dan Wolf discovers the artistic legacy of his ancestors and uses that as inspiration to deepen his own artistic vision.