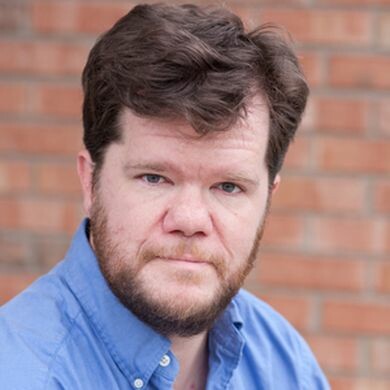 David J. Loehr is the editor and artistic director of 2amt, a gathering place for ideas and creative work. Join the conversation at 2amtheatre.com and on Twitter, using the hashtag #2amt.

He is also the artist-in-residence and co-founder of the Riverrun Theatre Company in Madison, Indiana, established in 2003. He is primarily a writer, but his specialties include sound and lighting design, graphic and artistic design, and marketing and branding strategy.

Plays include: Seeing Red, A. D., The Rough Guide to the Underworld, Keeper, Wise Man, Penguins and contributions to RiverWords, an ongoing collection of monologues, songs and other short pieces. His work has appeared at the Capital Fringe Festival, the Chicago Fringe Festival, the Louisville Playwrights Festival, Finnigan Productions, the South Carolina Repertory Company and Actors Theatre of Louisville.

A Report of Gunfire was produced by the Lethal Theatre for the Capital Fringe Festival in July 2008. It will be produced this summer by the Bindlepunks in San Francisco, CA.

Join us for this week's Friday Phone Call, where David Dower chats with David Loehr about #2amt and the enormous impact it has had on both of their lives.