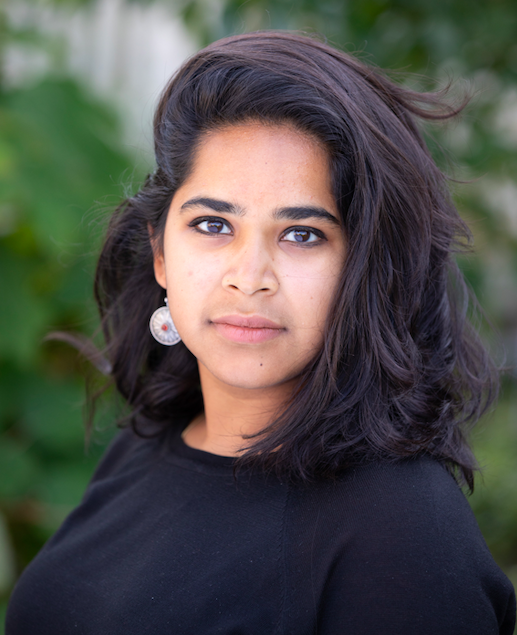 Devika is a writer, ethnographer, and theater-maker who tells stories of migration. She is based in Chicago, USA.

Devika Ranjan tells stories about migration as a writer, ethnographer, and theater-maker. Born in Nashik, Maharashtra and raised all over the United States, Devika found her roots in her family as they moved from the mountains, to the prairies, to the shining sea. Her first forays on stage were jugalbandis, the cultural crossings of Bollywood dance and American musical theatre.

Currently, Devika facilitates theatre workshops and creates performances worldwide, specializing in devised performance, interview-based storytelling, and drama for social justice. Her work has been commended by HRH the Duchess of Sussex for its importance for vulnerable people and political crises at large.

As Resident Director at Albany Park Theater Project, Devika works with immigrant and first-generation teens to create ethnographic theater about their community. Previously, she was an Inaugural Fellow at the Laboratory for Global Performance and Politics, a Global Cultural Fellow at the Institute for International Cultural Relations, University of Edinburgh, and a Projects for Peace Fellow with the Davis Foundation.

Devika holds a degree in Foreign Service, with concentrations in Culture and Politics and Arabic, from Georgetown University. As a Marshall Scholar, Devika has a distinction from the University of Cambridge for her MPhil work on the electronic tagging of asylum-seekers in the UK, and an MA in Applied Theatre from the Royal Central School of Speech and Drama. 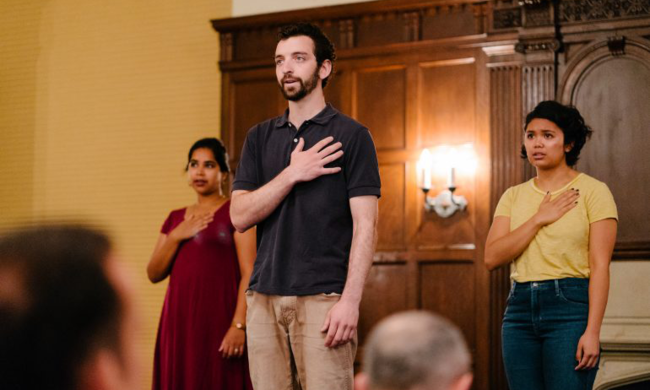 Moving Towards a Migratory Dramaturgy
Essay

Moving Towards a Migratory Dramaturgy

Devika Ranjan talks about the ways in which migration can influence performance structures, what she has identified as “migratory dramaturgy.”