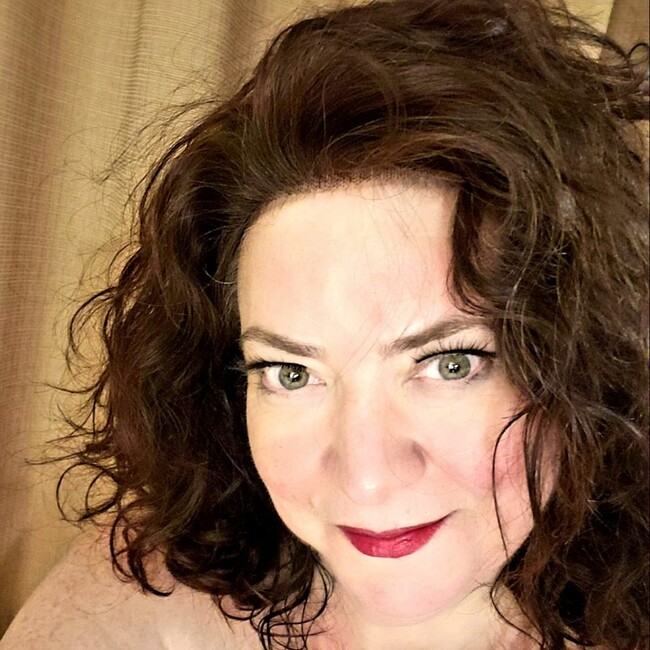 Faculty at the National Technical Institute for the Deaf at Rochester Institute of Technology and a working theatrical director specializing in Deaf theater. Member of SDC, AEA, SAG/AFTRA, Dramatists Guild, RID

Luane Davis Haggerty, Ph.D. (Deaf theater consultant, interpreter) has a Ph.D. in Leadership and change through the arts; focused on Deaf theater. She was nominated for the 2007 Pulitzer Prize for her play “Windows of the Soul”. She is a Principal Lecturer at RIT/NTID and was an original co-founder of Interborough Repertory Theater (iRt), a non-profit AEA Off-Off Broadway Company dedicated to inclusion and outreach to women, the disabled and other minorities. IRT is a long term member of The Alliance of Resident Theatres in New York and has been given awards and grants for their work with children, outreach programs, showcase work and Off-Broadway productions.. Awards for her direction which has been blending Deaf and hearing actors for over 20 years include: “Emperor Jones “ which won the NYC Off Off Broadway Review Award, ”A Midsummer Night’s Dream” and “Little Shop Of Horrors” which won Rochester CITY newspaper’s “Most Popular Local Theatrical Production” award. Her recent production for the National Technical Institute for the Deaf (NTID) “Fences” won the Kennedy Center College Theater Festival award for Excellence in Ensemble and three of the actors won nominations for the Irene Ryan acting award. She was recently featured in the avante guarde production at IRT titled YOVOs

Luane was Artistic Director (1982-2000) of the iRt, and has been a Public Education Specialist for New York State Department of Mental Retardation Developmental Disabilities and is now an Assistant Professor at the National Technical Institute for the Deaf (NTID) at Rochester Institute of Technology in the department of Creative and Cultural Studies. She is also the creator of the Del-Sign acting technique and Artistic Director of the Del-Sign Project in NYC, most recently profiled in Theatre Week, Village Voice and Time Out magazines.  Del-Sign combines the disciplines of American Sign Language and Delsarte mime technique, opening doors of access and  breaking ground for the art of performance. She has directed several of NTID'S most popular productions in this technique garnering a feature article in the Chronicle of Higher Education  and winning the Industry’s Off Off Broadway Review Award. The Del-Sign technique is an invaluable educational tool as well.  Her us of this technique on stage has won awards and recognition such as the OOBR Award for Best showcase in NYC 2007 for "Emperoro Jones", Best of Rochester Theater for "Midsummer Night's Dream" and two nominations for "Pippin!" and for "Little Shop of Horrors".

On the other side of the footlights, she has appeared on Broadway as a featured performer at Radio City Music Hall, Symphony Space.  Her Off Broadway credits include all 13 of the Gilbert and Sullivan Operettas, as well as premieres of works by Robert Patrick and Joyce Carol Oates.  Her regional and stock credits range from Shakespeare to Sondheim and she's been heard in a range of commercial voice overs.  She won a Conde Nast #1 rating as a headliner on the American Queen, sharing the stage with Donald O'Connor, Steve Allen, Jane Meadows and Jack Jones. Ms. Davis has appeared in Rochester in GeVa Theater and at NTID's Panara Theater in the American Deaf Playwrights Festival. She has sung and signed the National Anthem to over 5,000 people at the Chase Corporate Challenge as well as at the Deaf Olympics.  She has sung Jazz in New Orleans, Memphis and New York and her recent jazz CD REFLECTIONS is available at www.cdbaby.com As a writer, she is a member of the Dramatists Guild and has had five plays produced.  She was awarded the Women's Midwestern Arts Council Award for her play, WOMEN OF THE AMERICAN REVOLUTION and a Pulitzer Prize nomination for WINDOWS OF THE SOUL.  Her self-help book TAKING STAGE is used as an Arts Management text book and her novel the FRED-OIRSare available through www.lulu.com . She has been honored with several notable awards, among them are: Outstanding Young American , inclusion in WHO'S WHO in Theater and Governor Pataki's award for WOMEN OF ACHIEVEMENT.

Building Communication in the Classroom Beyond Language
Essay

Building Communication in the Classroom Beyond Language

Director and educator Luane Davis Haggerty reflects on how prioritizing movement as a form of communication encouraged diversity and intersectionality in her New York City summer classroom. 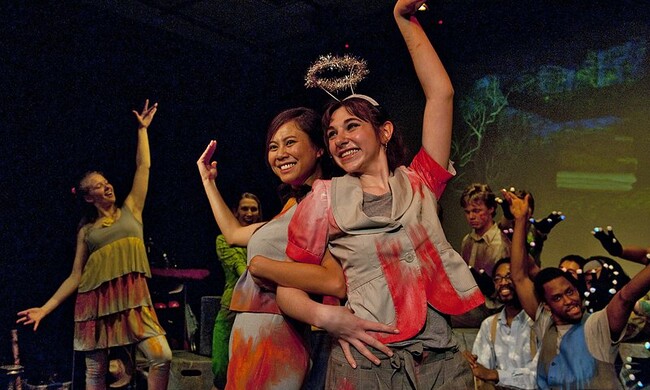 Finding the Voices of Deaf Leadership on Stage

Educator and director Luanne Davis Haggerty directs a musical with a Deaf and hearing cast and considers how the rehearsal room creates and reveals forms of Deaf leadership.