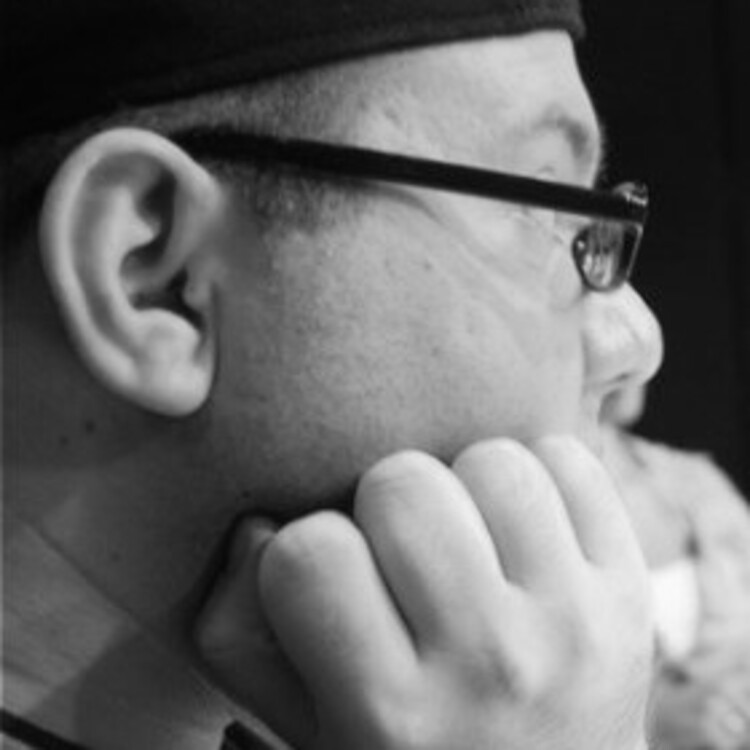 A Conversation with the Magical Diana Oh

Every once in a while you meet someone you can call magical, someone who is able to create and bring light into the world; Diana Oh is one of those people. From the first moment I saw her on stage in Mariah McCarthy’s The Foreplay Play, I knew I was in the presence of a very special person. As I have gotten to know Diana better, I have come to learn how talented, creative, fearless, giving, and loving she is.

Evan: Where were you born and raised?

Evan: How did you find your way into theater and music?

Diana: I always sang, even as a child. My parents always made my brothers and me perform in front of their friends, so it was something I grew up doing. Then you get that solo at church and it's like, "oh my, this is happening. What is this amazing feeling?" I also had life-transforming acting and singing teachers in high school—Mr. Pressman and Ms. Grant—who pushed us really hard. I was definitely a die-hard theater kid—President of the Thespian Society, etc.

Diana: Leta Tremblay, Mariah MacCarthy, Shawn Randall and Jessi D. Hill are definitely my art church. Magic Trick by Mariah MacCarthy is my most favorite play I've ever worked on.

Evan: Do you have any muses?

Evan: Tell me about Diana Oh is GOING ROGUE. Where did the inspiration for that project come from?

Diana: Diana Oh is GOING ROGUE is the name I perform under as a singer/songwriter. Diana Oh is GOING ROGUE, the solo show (first performed with terraNOVA Collective) is about how I came to discover my identity as a singer/songwriter, and how that intersected with the discovery of my truth as a lover within all the relationships I was writing my songs about. It's about living my truth in the hopes that it inspires others to live theirs. The solo show is described as, "one-half concert, one-third dance party, one-third playtime, one-third you're not gonna stay in your seats. The math is right. Don't overthink it." I love performing it. It grounds me. It's physical exercise. It's fun. It's vulnerable. It's playtime. It's a big group hug.

Evan: Your new project is {my lingerie play}. Tell me all about that.

Diana: {my lingerie play} is ten underground performance installations in my lingerie. They are staged in an effort to create a safer, saner, more respectful world for women to live in. I just finished doing the fifth installation with thirty awesome people in their lingerie, and the sixth installation of Cross-Stitching Mean Comments; some people leave some epic mean comments. Instead of reading them and going to sleep, I decided to cross-stitch them to make them part of the work—beauty out of hate. There will be a {my lingerie play} Convocation and a harmonica lingerie dance party hosted at Ensemble Studio Theatre on Tuesday, October 14 at 7PM.  This all culminates in the ninth installation in November which will be the solo show concert about my lingerie collection and the story behind what drove me to do the ten installations throughout New York City.

Evan: What was the inspiration behind {my lingerie play}?

Diana: I wanted to present a solo show about a woman standing and singing on stage in her lingerie, but feeling very complex, very real, very human emotions—which we aren't used to seeing. I assessed what it meant to be a woman who enjoys wearing lingerie in a world where that kind of behavior is shunned and looked down upon. I got harassed on the street and followed—constantly. I researched kidnapping marriage proposals, acid throwing, continuous violence against women all over the world. Suddenly, it dawned on me that the message of {my lingerie play} is a message for the masses. I decided to do the public underground performance installations because they would be my version of a commercial. I wanted to take it to the streets, to the root of the problem, and see what would happen.

Evan: What has been the process of creating these installations?

Diana: Lots of brown paper bags everywhere. Lots of emails. Lots of research. Lots of love. Lots of all nighters. Lots of support. Lots of cameras. Lots of collaborators. I'll never see a sharpie or a brown paper bag the same way ever again. They are everything to me now. Lots of moments where my room mate walks in on me standing in my underwear on top of the soapbox we found right outside our front door—I mean talk about magic.

Evan: You also run Filling The Well: An Artist's Retreat—tell me all about that. How did that come about? What are your goals with it?

Diana: Filling the Well is an artist's retreat that began at my aunt's home in Doylestown, Pennsylvania. Since then it has been hosted by Dragon's Egg in Ledyard, Connecticut, and at Jimmy's 43 in New York City. Filling the Well is a weekend intensive of work, productivity, inspiration, and revival. The goal of the weekend is for artists to leave with a sense of clear control and agency of their work and their voice. It is a weekend to fill the well and create from it.

Evan: What are you working on next?