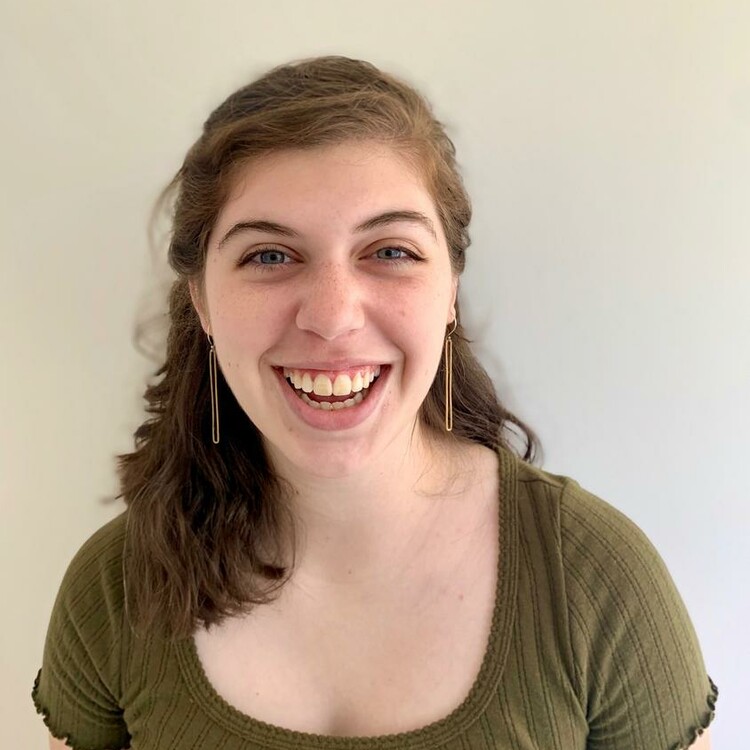 Finish the Fight and Making the Virtual Visceral

The livestream begins with grainy footage of suffragists flashing across my computer: white women in white dresses adorned with comically frilly hats and block-lettered sashes reading “VOTES FOR WOMEN.” Overlapping voiceovers crescendo, touting the 1848 Seneca Falls Convention as The Most Important Suffragist Event in History. Then, a record scratch: “Hold up. Can we pause for a second?” 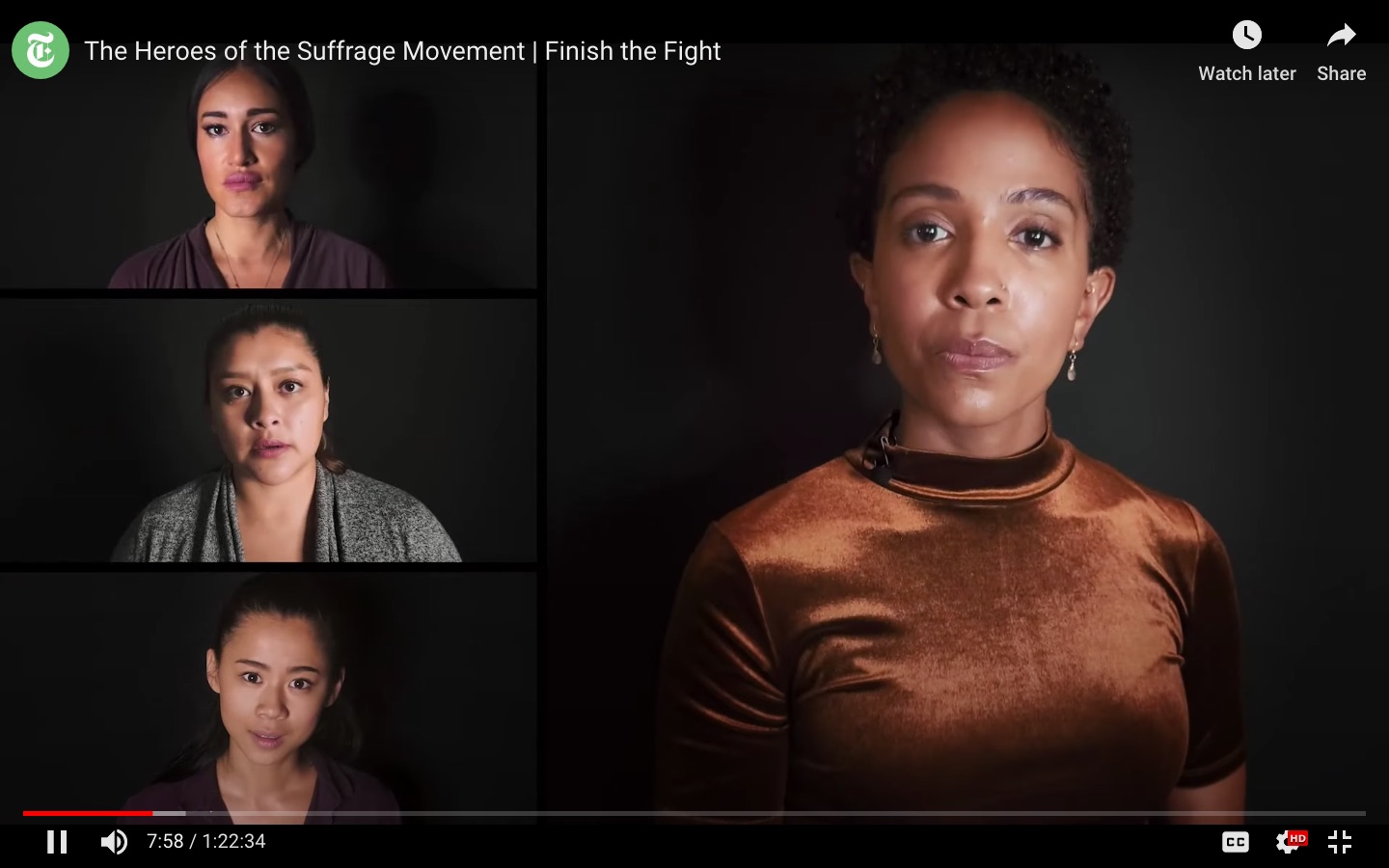 I got up to turn the lights off. The impulse arose from a sudden epiphany that something special was happening on the screen—I had goosebumps. What I was watching felt like theatre, and as such it deserved something more impressive than my own aloneness. Perhaps if I forgot my surroundings, the five-digit number of streamers reported below the YouTube video would transform into the giant arena of present, breathing strangers this kind of magic merits.

Instead of manifesting an auditorium, however, the darkness made the performance even more intimate. Like me, the actors were in isolation, filming themselves in front of stark charcoal backgrounds. Yet their coordinated performance of the magnetic text felt impossible to pull apart. This play, full of imagined conversations between women who had never interacted on Earth, found their final character on the other side of the screen: someone to listen.

In this livestreamed production, the suffragists stare at us, speaking their truths. How dare we not listen to them?

Theatremaking in a Virtual World

Finish the Fight, an hour-long virtual play written by Ming Peiffer and directed by Whitney White, premiered on 18 August and remains available to stream. Aesthetically bold in its simplicity, the piece feels divided into a number of vignettes. After shattering the notion of the Seneca Falls Convention as the pinnacle of the suffrage movement, each suffragist takes us on a journey through her biography while the other three act as a Greek chorus. Finally, Black educator and civil rights leader Mary McLeod Bethune (Harriett D. Foy) tells her story alone. White’s sparse uses of jewel-toned lighting and subtly pulsating music over moments of intensity firmly directs focus to the actors and the text.

The play was adapted from Finish the Fight!: The Brave and Revolutionary Women Who Fought for the Right to Vote, a New York Times book by Veronica Chambers and other Times journalists that profiles a diverse array of suffragists often left out of history lessons. The Times had commissioned Peiffer and White to turn some of the women’s stories into a play for a one-night live performance, but when the pandemic hit, the theatremakers were asked to retrofit the production for a virtual platform.

Peiffer and White were faced with the question so many artists are grappling with right now: How can we make theatre—an inherently live medium—virtual? Can streamed work even be called theatre? Might the outcome of virtual theatre be more than either a low-budget film or another conference call? 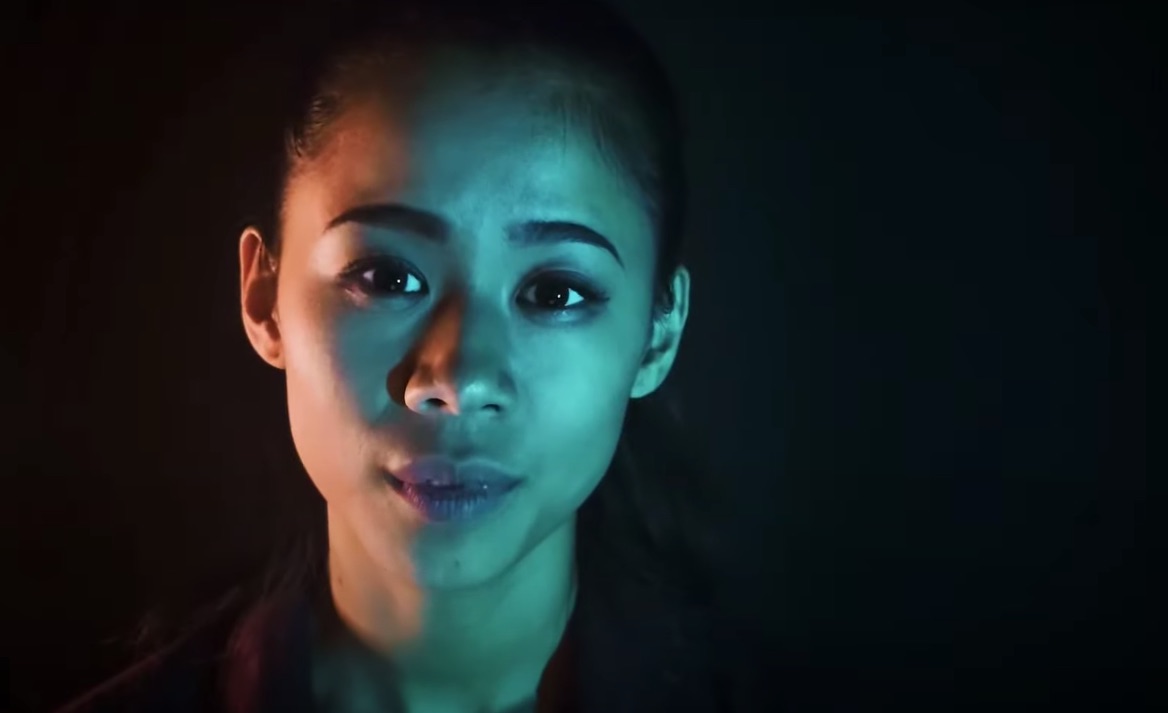 Addressing the Problem of Disconnect

In a world of seemingly unlimited free theatre at my fingertips, I have never been a worse audience member. Since around late June, in the event I remember to log on, my concentration is horrendous. I’ve absentmindedly scrolled through Facebook or guiltily written emails during dramatic monologues. Full disclosure, I’ve completely zoned out while acting in Zoom readings of my own.

When asking friends to validate my new yet persistent short attention span, they typically relate. A coworker posited that some critical components of live theatre, like timing and unspoken connection, just don’t translate to the screen. A castmate confessed that Zoom readings make her feel as if she’s forgotten how to act. With the lag between cues and the inability to look at the person she’s talking to, she doesn’t know how to connect with scene partners.

Nonetheless, artists still want to create. Furthermore, we’re in the midst of a structural reckoning with the systems and institutions through which we’ve made live theatre. A new art form has emerged from this isolated virtual theatre, complete with vestiges of nostalgia for live theatre, deep scars from its past harm, and the potential for future breakthroughs. What changes do we make to the way we craft stories for the virtual platform? Why strive to replicate semblances of the production value of live theatre when we can dive headlong into discovering what makes dynamic storytelling within the bounds of the digital platform?

Finish the Fight works because it demands engagement from the viewer. Instead of assuming a lack of investment, it banks on bulk direct-address text and tight close-ups to collapse the distance between character and actor, actor and audience. In this livestreamed production, the suffragists stare at us, speaking their truths. How dare we not listen to them?

The play brazenly reminds us that theatre is a communion, a two-sided contract between storyteller and story-hearer bound by the terms of being alive.

During the streamed talkback panel following the performance, White emphasized the creative team’s objective of presenting the suffragists as women vividly engaged with the present, not relics of the past. Despite rehearsing and shooting across the country, the team rose to the added challenge of imbuing life into the piece by textually, technically, and aesthetically specifying the liminal world the women occupy. Time and space are collapsed and compressed into a universe reminiscent of the beginning of Caryl Churchill’s Top Girls. We only see the actors onscreen, but we feel the sensory effects of disembodied crowds, megaphones, soapboxes, and police cars through light, sound, and camera angles. The actors attack the text with an urgent intensity, distilling the musicality of Peiffer’s language into its thematic threads of righteous anger, elegy, resistance, and hope.

The play brazenly reminds us that theatre is a communion, a two-sided contract between storyteller and story-hearer bound by the terms of being alive. Repurposing live theatre’s naturally flowing feedback loop of energy for a virtual play is a challenge, but until live theatre comes back in perhaps some better, more inclusive, more unbridled version than what we once had, pursuing that energy exchange feels vital. It’s the thing I really miss when I say I miss theatre. And I felt that energy exchange in the flashing red-and-blue police lights flaring across Idàr’s cheek as she stood, unmoving, in defiance. It seeped through Watkins Harper’s teeth along with her grief and rage. It echoed through the crackle of the invisible bullhorn amplifying Ping-Hua Lee’s speeches and in the mournful hum of the past in Zitkála-Šá’s fluid poems. 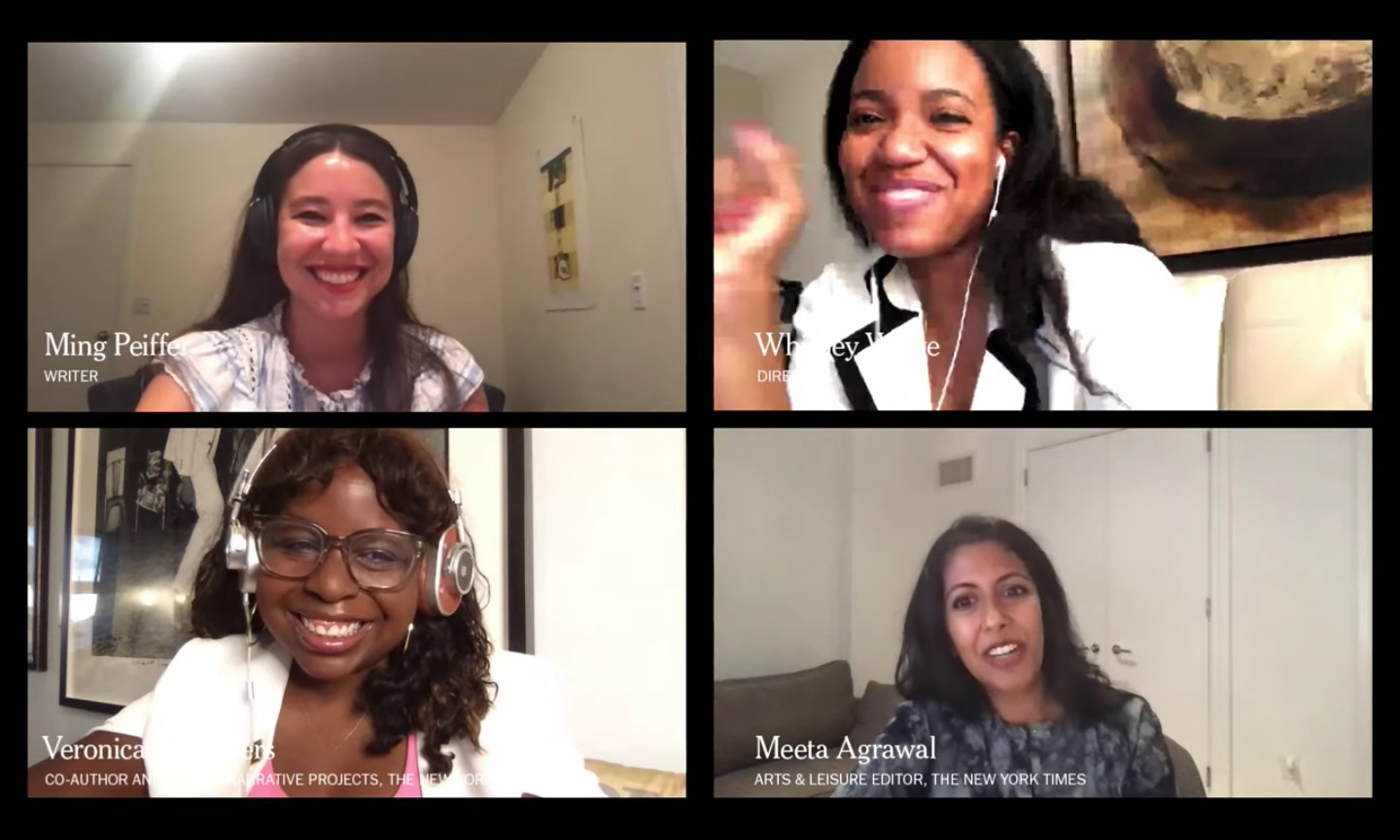 Back in my room, at the end of the livestream and after the screen fades to black on a ruby-lit, triumphant McLeod Bethune, there’s a montage of contemporary women speaking the names of suffragists into cell phone cameras. Each new video adds to the visual and aural collage. By the time the sound reaches a crescendo, the images span the screen in a virtual quilt. I am overwhelmed by the unprecedented platform that this pivot to virtual theatre provided for Finish the Fight’s seldom-told suffrage history. By rehearsing and shooting remotely, adapting the play through a necessarily experimental process, Finish the Fight harnessed an opportunity to use a theatre piece meant to interrupt popular narratives of the suffrage movement to interrogate and adapt the processes by which we make theatre itself.

No, the fight is not finished. Neither is the pandemic. Still, art like this is free and on YouTube; one college professor even commented on the livestream to say that she would add the piece to her syllabus. My personal dream for the theatre industry—whenever it fully reawakens—is that we don’t lose this kind of access. Of course screens don’t replace live theatre. We know that now for certain. That said, if dynamic connection, long-needed representation, and electric storytelling in virtual theatre can reach across wider distances and income brackets, why stop making it available?

Ultimately, as a piece of virtual theatre, Finish the Fight exists both as a work of art and the result of an experiment in translating an art form’s humanity from live to digital. It attained success through a combination of resources, questions, and collaborative, dynamic acts of adaptation. Although specific circumstances of future virtual productions will vary wildly, theatremakers should look to this piece—not as a prescriptive guidebook, because one cannot and should not exist, but as proof that there’s an abundance of life to be mined in the in-between landscape of virtual theatre.