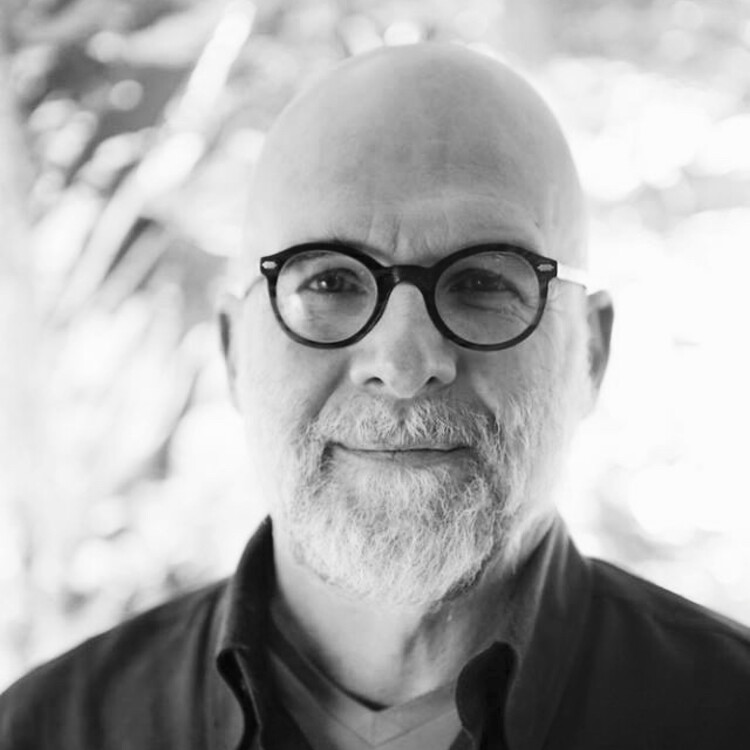 Walter
Bilderback
Theatre in the Age of Climate Change

Fish Soup, Mourning, and Hope at the End of the World

This week on HowlRound, we continue our exploration of Theatre in the Age of Climate Change with more urgency than ever. With the looming eradication of climate science data from US government websites and the appointment of Scott Pruitt as head of the Environmental Protection Agency, Trump has indicated in no uncertain terms that the health of the planet and its inhabitants are of no concern to him. As theatre artists, how do we respond? Dramaturg Walter Bilderback reflects on the production of When the Rain Stops Falling at the Wilma Theater in 2016, and on the difficulties in engaging audiences with an issue that manifests itself so slowly and incrementally.—Chantal Bilodeau

What does it mean to make theatre for the Anthropocene? (Leaving aside the question of when the Anthropocene started, or whether there’s a better name for it.) Outside of Republicans in Congress and the current administration, there’s wide consensus that changes in the earth’s climate and many of its chemical processes are now driven primarily by human activity.

There’s a growing body of writing about fiction for the Anthropocene: there’s even a catchphrase, “cli-fi,” although it’s possible that “all fiction is Anthropocene fiction now, some of it just hasn’t realized it yet,” to paraphrase a Facebook quip by McKenzie Wark. I’m not sure if the same thing can be said for playwriting and theatremaking. For playwriting, a challenge may be that our traditional, Aristotelian narrative structure doesn't allow us to deal with the problem. Climate change reveals itself over long time scales, often longer than an individual’s lifespan. Its impact is sometimes dramatic and catastrophic, but often incremental, and it is ultimately a collective, rather than individual, problem.

The family becomes a collective protagonist, and the impact of slow violence on the family and on the climate is made physically present for the audience.

At the Wilma Theater, we spent several years looking for a play dealing with the Anthropocene that addressed these challenges and still found a way to deeply engage an audience iemotionally. To open our 2016-17 season, Artistic Director Blanka Zizka chose Andrew Bovell's When the Rain Stops Falling. Rain is a sprawling epic of a play, a sleek, stark, emotionally raw meditation on the Anthropocene and extinction disguised as a family saga stretching from 1959 in London to 2039 in Alice Springs, Australia. The story unfolds in non-chronological order, and begins with a scene of magic realism: a crowd of people on the street in relentless rain. A man stops and screams, a woman falls to her feet, and a fish lands at the man’s feet. We later learn that the man and woman are in different eras, and that fish in 2039 are thought to be extinct. This layering of time characterizes the play: a scene from one era will bleed into another scene; two characters are portrayed by a younger and an older actress, who are sometimes onstage together. The play ends with a father trying to reconcile with a son he abandoned as a child, sharing family relics whose meaning is a mystery to him but not to the audience. Between them is a line of dead ancestors who bequeathed the relics to him.

We had looked at Rain a few times since I first read it in the summer of 2009. The main reason we had passed on the play in the past was that its emotional rawness and fatalism scared us: a readthrough ended with the entire cast in tears. Roy Scranton’s book Learning to Die in the Anthropocene gave us a new insight on the play. Scranton is convinced that it’s too late to avoid breaking the two degree Celsius rise in global temperature. He writes:

The greatest challenge we face is…understanding that this civilization is already dead. The sooner we confront our situation and realize that there is nothing we can do to save ourselves, the sooner we can get down to the difficult task of adapting, with mortal humility, to our new reality.

Scranton’s notion of mourning our losses allowed us to see the sadness in When the Rain Stops Falling in a different light. It was only after this that we became aware that When the Rain Stops Falling had originated in a workshop called “The Extinction Project” and that Andrew Bovell’s attendance at a Paris museum exhibit on Melancholia had given him the key to putting his story together; he believes we are in a melancholic age. Bovell found the motif of Saturn that repeats in the play, including the metaphor of “eating the future,” in the same exhibit. Mourning and melancholy are not the same thing, psychoanalytically, but were close enough to allow us to start working.

Another concept that proved useful for Blanka and the design team in conceptualizing the production was “slow violence,” a term coined by Rob Nixon. Nixon defines “slow violence” as “a violence that occurs gradually and out of sight, a violence of delayed destruction that is dispersed across time and space, an attritional violence that is typically not viewed as violence at all,” and sees it as a challenge for literature in depicting climate change in emotionally resonant fashion. Bovell doesn’t use the term, but his layering of scene upon scene creates a presence of deep time onstage. The family becomes a collective protagonist, and the impact of slow violence on the family and on the climate is made physically present for the audience.

Understanding the play’s melancholy also allowed us to see a ray of hope. In an email exchange with me, Bovell wrote: “In the final scene of the play there is hope that the damage of the past can be undone or at least understood and there is a suggestion that we have the capacity with this understanding to move on in a different way.” The final moments of Blanka Zizka’s production, with a line of ancestors seated on simple chairs and passing the relics from father to son, radiated a quiet beauty that was simultaneously heart-breaking and hopeful, reminiscent of a Donna Haraway remark on a resilient, post-Anthropocene community, whose members “knew they could not deceive themselves that they could start from scratch. Precisely the opposite insight moved them; they asked and responded to the question of how to live in the ruins that were still inhabited, with ghosts and with the living too.”

The Wilma attempts, as often as possible, to surround our productions with ancillary material. In this case, we had a lobby installation and two panels.

For the lobby display, Austin Arrington, from the local company Plant Group, and I coordinated with several local organizations to create an installation that incorporated both small things individuals can do now to address problems of contemporary Philadelphia (e.g., rain barrels to reduce run-off problems) and a vision for a sustainable Philadelphia in 2039, the year in which Rain begins and ends. Blanka came up with the idea for a local focus that was more optimistic on the future than the play. I found a wealth of reports by local agencies, including the Mayor’s Office of Sustainability in Philadelphia, examining a range of local climate futures for the 21st century and suggesting strategies for meeting them. Incorporating some of these ideas, and extrapolating on existing projects, I sketched a future that is far from paradise but a step toward Scranton’s idea of “adapting, with mortal humility, to our new reality.” George Marshall’s book Don’t Even Think About It proved useful here: I particularly tried to heed his recommendations to “build a narrative of cooperation, relate solutions to climate change to the sources of happiness, and frame climate change as an informed choice.”

We held two panels following Saturday matinees. The first, “Art in the Anthropocene,” featured E. Ann Kaplan, author of Climate Trauma; Philadelphia poet and Pew Fellow Brian Teare; and playwright/translator Chantal Bilodeau. The second, “What’s Next?” focused on “what we can do as individuals and as citizens to meet the challenges of a changing climate.” This panel featured Ashley Dawson, author of the forthcoming Extreme Cities: Climate Change and the Urban Future; Christine Knapp, Director of the Mayor’s Office of Sustainability; Ron Whyte, founder of the Deep Green Philly blog; and Judy Wicks, a Philadelphia activist and sustainability entrepreneur.

Did the panels make a difference? I find myself a little pessimistic. The discussions onstage were stimulating and provocative. But they were attended by a handful of audience members, less than our usual turnout, despite publicizing them in print and through social media, which may reflect a continuing head-in-the-sand attitude of many Americans toward global warming.

When the Rain Stops Falling closed on November 6. Two days later, most of us found our sense of what this country was shaken. In the play, Andrew Bovell has the 2039 character Gabriel York refer to the current book he’s reading: The Decline and Fall of the American Empire, 1975-2015. When Bovell wrote the play in 2007, the end date lay in the future. 1975 aligns easily the US defeat in Vietnam; for the actor glossary, I created a description of the book’s thesis (I attributed authorship to my Australian friend Van Badham, a playwright and Guardian columnist). I wrote, “According to Badham, Donald Trump’s candidacy, announced June 20, 2015, provides a useful endpoint for American power and prestige.” We’ll see.