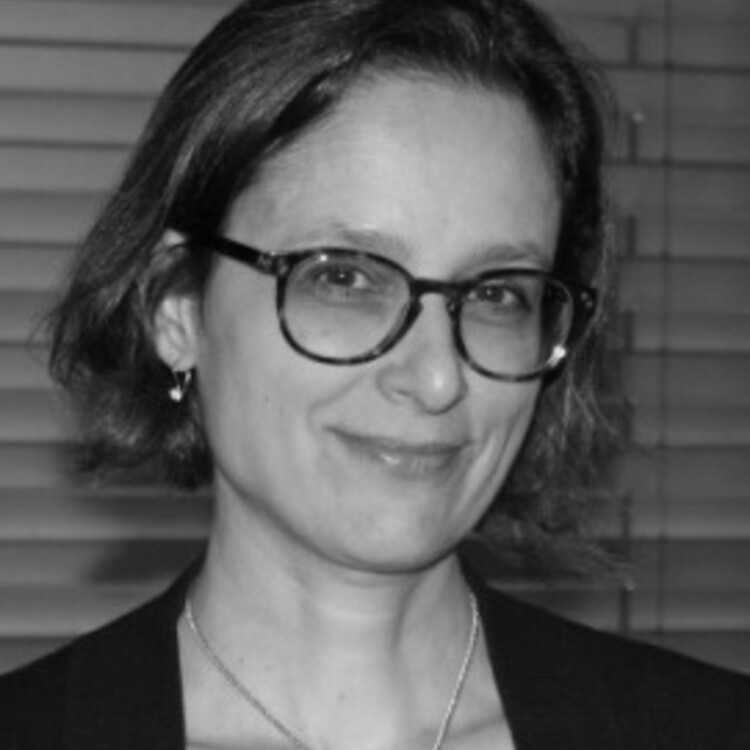 Nassim
Balestrini
Theatre in the Age of Climate Change

Twice a year, I look forward to putting together this Theatre in the Age of Climate Change series. The depth and breadth of work being done at this intersection reminds me that though there are plenty of reasons to despair (here’s one of them), there are also countless people determined to keep the planet habitable, and all of its creatures alive and thriving. Nassim Winnie Balestrini belongs to that group. Writing from Austria, she shares what climate change theatre means within the interdisciplinary discipline of American Studies.—Chantal Bilodeau

Graz is the second-largest city in Austria and is located south of the Alps, near the border to Slovenia. Besides being a major tourist destination and the epicenter of academic activity in the region, the city has been struggling with environmental problems—first and foremost air pollution. At the same time, Graz has been a hub for ecologically minded thinkers and activists outside academia, as can be seen, for instance, in the highly visible vegetarian and vegan restaurant scene. Thus, it is not surprising that the local universities have been active in climate change research.

In this class…we explore the reciprocal intersections between cultural self-expression and public ways of thinking and feeling about, for instance, climate change.

On a gray November morning at 7:30 a.m., a dozen actors, directors, and producers of the “Pennyless Players,” a theatre group composed of students in American and British Studies at the University of Graz in Austria, gathered to set up a classroom for a performance scheduled for 8:15 a.m. The unusual hour did not in the least deter this enthusiastic group of theatre practitioners from demonstrating their dedication to theatre as a means of addressing current global concerns. When I approached them with the idea of bringing Climate Change Theatre Action (CCTA) to our campus, they jumped at the chance to perform a set of CCTA 2017 plays during a session of my cultural studies seminar entitled “Traditions, Theories, Trailblazers: A History of American Studies.” In this class we discuss how theoretical approaches in the interdisciplinary field of American Studies have been evolving and changing over time. As this seminar is part of our cultural studies curriculum, we explore the reciprocal intersections between cultural self-expression and public ways of thinking and feeling about, for instance, climate change.

Changes in approaches and methods since the 1990s explain why issues related to climate change have become relevant to American Studies. Into the 1960s, scholars concerned with American literature and culture tended to focus on what they considered “consensus” on shared myths and symbols which facilitated an understanding of US national culture. Not surprisingly, the upheavals of the 1960s brought the status quo about the field’s trajectories and outlook into question. Unifying conceptualizations of culture and identity that privileged Euro-American, white, and predominately male mainstream perspectives and that disregarded any sort of minority discourse were recognized and critiqued as such. For  the past three decades, an ever-growing contingent of scholars has been debating what they call “transnational American Studies.” In short, researchers have been grappling with questions and methods that do not replicate but rather identify and question myopic perspectives on the United States as an exceptional nation of white Europeans whose exceptionality ostensibly justifies all manner of collateral damage of a divinely sanctioned mission.

Parallel to the increased attention paid to boundary-crossings and global outlooks, the original interdisciplinarity of American Studies has been expanded beyond the humanities. Drawing on ecocritical work done in literary studies and collaborating with fields such as ethics, philosophy, economics, behavioral psychology, and law, American Studies scholars have become active in exploring issues such as environmental justice, artistic representations (of nature, of humans and/in nature, etc.), and climate change. As an Americanist whose scholarly work focuses on literature and culture, I welcome the move towards transnational and transoceanic topics and I am enthusiastic about interrogating climate change theatre. The transnational study of this movement opens up multi-faceted opportunities for cross- and interdisciplinary research with a global perspective in mind.

In this spirit, I decided to dedicate one session of my seminar to a performance of selected CCTA plays. After providing words of welcome and a brief introduction to the impetus and broad geographical reach of CCTA, the Pennyless Players took over the session and established a sense of sharing the performance space with the audience of about twenty students. Several acting exercises got everyone moving, tuning into their bodily awareness and into their sense perceptions, and also lightening the mood by way of a few laughs. And then the show began.

The Pennyless Players extended Marcia Johnson’s Single Use by taking time to set up the situation of a blind date in a coffee shop. They used a third actor to represent the server’s offstage voice of Johnson’s manuscript. Furthermore, they fleshed out the differences between the characters and added moments of awkward silence and miscommunication. In this play, the female character, Val, fearlessly defends her sense of responsibility for the planet’s well-being. She explains that the latter is of higher value than her personal pleasure and convenience. The male character, Mitchell, privileges his presumed prerogative of getting a girl alongside consumer goods without considering the larger consequences. The players created a dramatic scene in which satisfying one’s perceived individual pleasure occurs before the backdrop of unchecked anthropogenic climate change. The scene showed how the incommensurate relationship between the personal and planetary dimensions triggered the failure of a potential love relationship. This dialogue-focused scene thus set a tone of urgency by acknowledging the significance of individual conduct for the planet and the potential impact of diverging opinions on personal relationships.

Sarena Parmar’s allegorical short play The Rubik’s Cube Solution jolted the audience by its harsh apocalyptic vision of a damned-if-you-do-and-damned-if-you-don’t predicament. The complex situation of the global economy and the climate, which is encapsulated in a scene in which citizens under duress confront a seemingly unsolvable Rubik’s Cube, pits a ruthless and generically named Controller against three equally nameless Citizens. One of the Citizens encourages the Quiet Citizen and the Anxious Citizen not to accept being bullied into compliance by deliberately withheld information and official doctrine. Subsequently, the trio begins to brainstorm ideas for solutions despite the Controller’s complaints. The Controller’s intimidating manner and dejection on the citizens’ faces ultimately yield to a sense of hope through joint action. By implication, contributions to solving climate change-related issues require a bottom-up approach whenever official policy focuses on spreading fear and misinformation.

The Pennyless Players effectively embellished Amahl Khouri’s Oh How We Loved Our Tuna!—a bitingly sarcastic monologue spoken in the majestic first-person plural (“we”)—by adding sonic and visual elements. This elegy addresses tuna which “We loved…to death” because “we couldn’t get enough of you.” As the puns unmistakably convey, culinary appreciation of the bluefin has led to commercially driven overfishing and extermination. With staccato beats, swelling and diminishing volume, and intermittent silence, the drummer underscored the lyrical eulogy spoken alternately by the two actors. Also, one of the speaking actors accompanied the recitation by drawing a specimen of tuna on the board. The performers thus engaged the audience members’ senses in multiple ways. The increasingly threatening-sounding drum beats clashed with the cutesy elements of the childlike drawing. This combination of sensory appeals beautifully heightened the verbal sarcasm. As in Antonin Artaud’s theatre of cruelty, any laughter came with a bitter taste of despair, as the tense atmosphere in the classroom confirmed.

Vinicius Jatobá’s You Should Know Better is a dialogue between a wife and a husband in their 70s who have been married for ages. This short play contrasted nicely with the opening performance in the sense that it encapsulates a thwarted attempt at individual change within a habit-driven marriage. Realizing that climate change poses an immediate local threat, the husband wants to make his wife aware of impending disaster caused by human misdeeds. The wife, in (non-)response, suggests that they have popcorn. She eventually acknowledges that their habits are destructive but assumes that they cannot be changed. His mounting sense of dread and her resignation to numb disengagement both result in paralysis in the face of impending disaster.

The fabulous performance concluded with Ian Rowland’s Bottoms Up, another monologue, this time presented as a solo performance. A tipsy speaker wielding a bottle and guzzling from a glass hilariously discusses the impact of climate change on champagne production. Finishing on a note of hedonism triumphing over engaging with the realities of climate change neatly closed the circle of CCTA plays presented that morning. As the Pennyless Players distributed beverages before the monologue, audience members were also physically involved in consuming products that they should contemplate in light of climate change.

We discussed the benefits of studying theatrical representations of climate change from the perspectives of transnational American Studies…this approach encourages us to study long-term processes as well as the border-crossing and potentially global impact of political, economic, and cultural forms of oppression.

The subsequent discussion centered on how performers and audience members assessed the roles and possibilities of theatre to communicate climate change-related issues and to follow an activist agenda. The Pennyless Players shared their familiarity with the vivid theatre scene in Graz, particularly regarding performance venues and theatre groups that focus on socio-political issues. I was impressed by how both performers and seminar participants related their academic work in literary and cultural studies to their responses to the performance. We discussed the benefits of studying theatrical representations of climate change from the perspectives of transnational American Studies—particularly because this approach encourages us to study long-term processes as well as the border-crossing and potentially global impact of political, economic, and cultural forms of oppression. The Pennyless Players had chosen their favorites from a selection of eight plays I had provided. Luckily, even this small sample and their selection of works by Marcia Johnson (Canada/Jamaica), Sarena Parmar (Canada), Amahl Khouri (Germany/Jordan), Vinicius Jatobá (Brazil), and Ian Rowland (UK) partially reflects the many nations and continents represented in CCTA 2017. The theatre group has expressed their interest in working with more of the CCTA plays, and I hope that they will decide also to feature a climate change-related play for one of their evening-length projects at some point.

In 2015, the University of Graz launched a large-scale doctoral program focused on climate change that has attracted an interdisciplinary group of researchers. In conjunction with several colleagues interested in ecocritical approaches to literature, drama, and film, I am currently working towards increasing the visibility of literary and cultural studies within our larger institutional context and towards strengthening interdisciplinary collaboration in the realm of climate change studies.

One indicator of such interdisciplinary broadening is the 2nd World Symposium on Climate Change Communication, held in Graz in early February 2018. The program featured speakers from all over the world—researchers from the natural sciences, the social sciences, law, economics, and the humanities; representatives of state-run programs and agencies; and members of organizations that foster climate change awareness and networking. My talk on the CCTA plays of 2015 and 2017 was not as ‘exotic’ as I had expected. I take it as a sign of hope that a sprinkling of speakers addressed the arts’ contributions to representing and thus communicating climate change. Who knows—Graz may evolve more and more into a city of climate change communication.