A Guide for Your Visit to Detroit

Where someone saw an overgrown railway cut, a coalition saw the Dequindre Cut urban walking/biking trail. Where others saw a vacant car dealership, art lovers saw MOCAD, a new modern art museum. And where many saw a vacant, blighted storefront, Dave Kwiatkowski dreamed of the Sugar House cocktail bar.

If you’ve been anywhere near the Internet in the past few years, you’ve likely read something about revitalization in Detroit. There are countless stories of people making their ideas, big and small, happen in the city. Not surprisingly, a creative force of artists, foodies, and entrepreneurs are at the heart of any rebirth, renewal, renaissance, revitalization, re-energizing, or reimagining Detroit has experienced in the past decade. And, if you’re visiting the city for the first time, or the first time in a long time, you will want a sample. 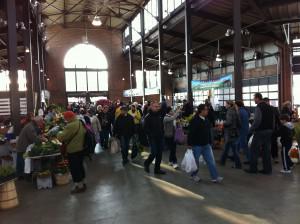 One of my favorite places to get a taste, pun intended, of a renewed Detroit is Saturday morning (or early afternoon if you’ve slept off a long night out), at Eastern Market. Start in Shed 2. Why? It’s a cross-section of what’s going right in Detroit. For one thing, Shed 2 is a great symbol of the reinvestment in the city. This entire portion of the market got a major $1.3 million facelift in 2008, and in the years following, other sheds in the market would get their own upgrades. Shed 2 is also a cultivator for the creativity, inspiration, and perspiration that is making Detroit a cooler place to be. The awesome El Guapo truck is parked there every week. It’s the first licensed food truck in the city of Detroit, although it is no longer the only one. At another stand, you can sample Good Girls Go to Paris, which started in the market but now has a storefront in the Midtown neighborhood. Keep walking through the stall, and you’ll see Great Lakes Coffee, which has been a market staple for years but just opened a fabulous coffee shop/bar in Midtown in a renovated Woodward Avenue storefront. Try the Russell Street Deli soups—a hallowed Eastern Market institution—then grab a sea salt chocolate chip cookie from Avalon International Breads, which opened its bakery over a decade ago and helped spark the re-energization of its Midtown neighborhood. Look around the neighborhood, and you’ll find artists, shops, restaurants—some classic Detroit haunts and some creative new upstarts. The Germack shop and coffee house serves amazing pour-overs to hipsters in a renovated storefront while selling nuts under a brand name that’s been a staple in Detroit since 1924. And check out the booths with artisans selling things along the street, including Detroit-themed t-shirts, jewelry, crafts, and antiques.

Not surprisingly, a creative force of artists, foodies, and entrepreneurs are at the heart of any rebirth, renewal, renaissance, revitalization, re-energizing, or reimagining Detroit has experienced in the past decade. 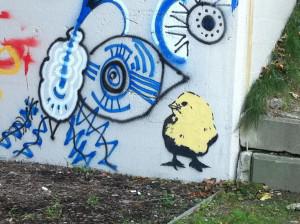 From Eastern Market, there’s so much more creativity to explore. Walk the Dequindre Cut trail—or better yet stop at the Wheelhouse Detroit bike rental shop on the RiverWalk and rent a bike—and get treated to an outdoor graffiti art space. Hop over I-75 and make your way to Woodward to experience the city’s newest arts institution, the MOCAD museum. Follow up with a shopping trip to the Detroit Artists Market, which features works from a collective of Detroiters, and buy something Detroit-centric at City Bird. Head downtown and stop at D:Hive, and check out the D Pop store for some cool Detroit-made goods. 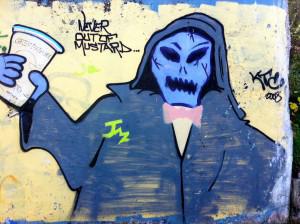 Has Detroit completely transformed? No. The city’s still got huge problems to overcome. But creative people are pouring their hearts into the city, and they are bringing their ideas to life. Come check us out.

Randy Wyatt examines how Aquinas College in Grand Rapids, Michigan, explored the question of mounting contemporary work in a diverse world with limited resources and within a ‘closed’ academic context through a community-based/academic hybrid production of Caryl Churchill's Love and Information.

We’ve found most artists we come in contact with in Detroit aren’t bound to a single discipline—printmakers curate community food-based events, and trained painters build large-scale public installations. This inherent openness to working cross-disciplinarily has helped us to expand our ideas about the work of our company and the nature of our ensemble.

Despite the uphill battle, Gary Anderson continues his work at Plowshares Theatre Company.