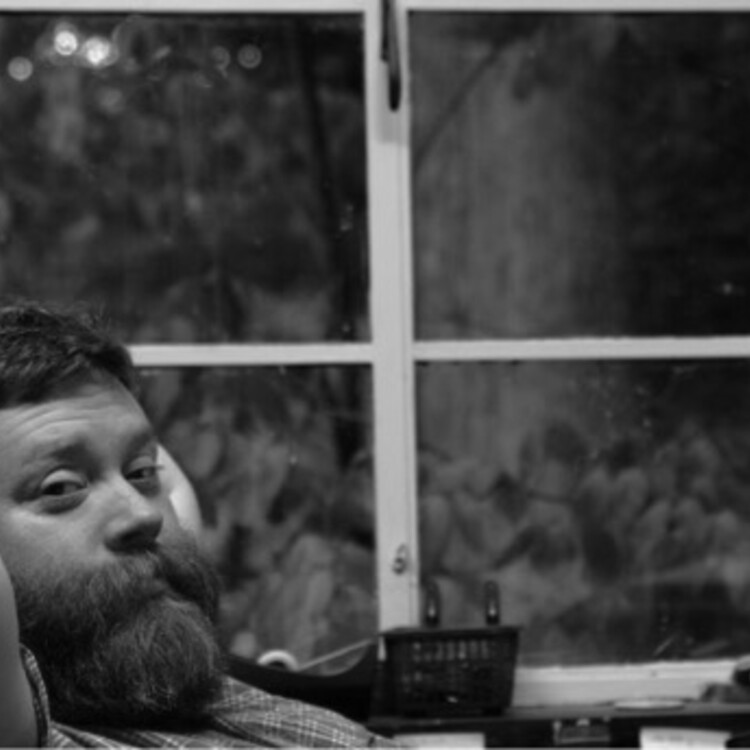 There is no single paramount challenge to leading a one-person collegiate theatre department. Certainly resources—like personnel and finances—come immediately to mind. However, questions of “currency and relevancy” are even more immediate. How can we demonstrate the power of a collaborative art form in a liberal arts setting and into the surrounding community? And how can we do this through the production of complex contemporary work that likely would not be produced by local theatres?

Aquinas College is a small Dominican four-year liberal arts college in Grand Rapids, Michigan. Through a unique collaboration with Circle Theatre and two local high schools (Catholic Central and West Catholic), the theatre program is endowed with a performing arts center that is constantly in use between the four producing partners. This alliance also provides students with internships, performance and design opportunities, and regular interactions with the community, rather than being stuck inside an academic silo. It is from this collaborative synergy that the inspiration for the production of Love and Information sprang.

If contemporary theatre is a mirror for our times, we asked, how could we start at the conceptual level to change the game and reflect our community context truthfully? Our answer: Involve the community.

Caryl Churchill’s Love and Information is a collection of over forty-five “micro-plays” that are without context—characters are not defined by gender, age, race, or class. The plays consist of sets of dialogue lines. Churchill defines few rules about their presentation—some minimal guidelines about their order—but otherwise, the plays are meant to meld around the producing company, and highlight the conflicts and personages that are specific to them. Left simply to the department to stage, this would have been overwhelmingly a white production, and homogenous in terms of age and other factors as well. If contemporary theatre is a mirror for our times, we asked, how could we start at the conceptual level to change the game and reflect our community context truthfully?

Our answer: Involve the community.

The praxis we developed involved a three-team approach—Burgundy, Green, and Silver teams—colors taken from our school colors. Each team would have different time commitments to the process. Burgundy was the core team, present for rehearsals five nights a week (typical for a college production) over the six to seven weeks of rehearsals. This team would be responsible for setting the order of the micro-plays, the devising of many of the contexts, and the casting of themselves and members of the other teams in each of them. The Green team would meet one to three times a week as their pieces dictated, and Silver would need to be at only two rehearsals before tech/production week. This light commitment for the Silver team allowed us to cast a variety of performers who were outside of our usual groups—students with many outside commitments or who were new to the commitment of theatre practice, actors along the autism spectrum, etc. In addition, we invited a local dance team, Vizions, to join the Silver team, who rehearsed their pieces on their own schedule that coincided with our own towards the end of the process. Vizions brought a much welcomed diversity (mostly black and Latinx) to the cast, which would have been difficult had the casting been closed to students only.

When the dust from auditions cleared, we had over forty-five performers across the three teams (more than fifty-five, including crew). Rehearsals were an explosion of creativity and possibility. No one micro-play cast was replicated, so the variety was striking. Our cast included current (and prospective) students, alumni, faculty, and staff (from outside the theatre program) as well as community members from high school aged to seniors. Seasoned actors were cast alongside acting students and able to model methodology and professionalism. The wide range of actor demographics allowed for innovation in contextual devising of the micro-plays, and allowed us to truthfully tackle subjects like Alzheimer’s and aging, Islamophobia, sexual harassment in the workplace, and high school bullying with age and race-appropriate actors.

Besides the academic dividends of tackling a contemporary Churchill piece with devising elements prominent, the community-based benefits were vast and surprising. Churchill suggests that sign language can be used to devise a piece from scratch. One of our students, who identifies as hearing-impaired, is fluent in sign language, so we began devising with her and a Green team member who was up for the challenge. As we devised, it became clear to all of us that this piece would invert the usual paradigm in place for sign language in theatre. For those who were not fluent in sign language, the nonverbal cues of the actors would tell the story in a general sense—a boy who had lied about his fluency in order to gain time with a deaf girl of his acquaintance. But sign language fluent spectators would get all of the nuance of the scene, and as a bonus, a bit where the boy “gives up” and indicates for the girl to “write it all out” on a memo pad, a particular frustration imposed frequently on the hearing-impaired. This was a scene specifically about the challenges the hearing-impaired face, but weighted more in favor of those who understood sign language, rather than the other way around. The empowerment of this realization was considerable.

LGBTQ representation was brought to the forefront for the Burgundy team. One of our cardinal devising rules was “Truth and innovation, not novelty and complication.” This kept us from making homosexuality a “punchline,” but challenged us to create scenes from the truth of LGBTQ lives. We were able to devise situations from dating through long-term gay/lesbian/bisexual relationships, creating vibrant timely representation on a Catholic campus. As we had out students and community members working alongside us, our devising teams were challenged to revise our approach to these pieces, and allowed for a myriad of LGBTQ visions. It also inspired us to ask, “What if there was no sexual tension of any kind here at all?”, creating new incarnations where a heterosexual romance would have been the initial read.

Another community-based benefit came out of left field. An alum with a gorgeous voice had recently been in a very traumatizing car crash, which had left her pinned under the car for hours. She had since developed a limp and a pronounced stutter. She could sing without the stutter, however. While she might have found it tough to make it through an audition process, the production allowed her to shine in a way that would keep her personal challenges off-stage.

Response to the piece was beyond our expectations, not just from the public, but from the administration. In a city where several theatre programs at similar sized colleges have been axed in the past three years, dubious terms like “currency and relevancy” have been bandied about in assessments. Combatting this can be challenging for small collegiate programs, making them feel like they need to defend the art form on a level quite beyond their capacity. This project, however, underscored the currency and relevancy of theatre in spades, producing contemporary work with a community-based approach. As community is one of the charisms at Aquinas, this project emphasized one of the institution’s core values, and tripled the usual ticket count to boot. We found that our efforts to expand our reach did not go unnoticed by diversity, LGBTQ, and ethnicity-based groups on campus, who enthusiastically supported the show and now know that we’re serious about casting beyond our usual homogeneity. This last point, as any small collegiate program knows, is worth its weight in casting gold.

‘We are creating community through performance’ and this was not taken lightly by the cast…this allowed for a mass exercise in investigating and confronting privilege…in many ways dictated by the sub-communities where we intersected.

In his review of the production as part of his external evaluation of the Aquinas theatre program, Jeff Storer, chair of Duke's Theatre Department, had this to say:

What was most remarkable about the Aquinas production of Love and Information was the multiple levels on which this production worked…Wyatt is using the neutrality of the text to engage the community and the college campus in a process of self-examination. The process itself becomes more important than the performance. The participants learn about each other and about how they endeavor to co-exist in the same landscape...In this example of ‘community based’ theatre the engineering of performance is using an authored play, neutral enough that all participants can gain knowledge about the multiple layers of community that make up Grand Rapids.

The community-based approach of this piece did indeed enrich both the process and the final production of this play. Our first cardinal devising rule was “We are creating community through performance” and this was not taken lightly by the cast. Chiefly, this allowed for a mass exercise in investigating and confronting privilege—not in any one particular way, but in many ways dictated by the sub-communities where we intersected. Rather than focus on any one type of privilege, it became routine to propose a dramatic context for a micro-play and then see who in our cast may have had personal experience with the subject we were devising, and ask questions about truthfulness and representation, rather than simply devise for the sake of drama. Instead of creating a narrative based on what these people “must be thinking,” we were retrained to “ask and listen” as part of our research. By training actors in this methodology, we found a higher degree of specificity in place in regard to both tactical and character choices that made for more absorbing dramatic moments. Our focus on community, then, wound up informing our devising process in large and small ways, moving us towards our common goal of avoiding novelty for truth.

Our size as an academic department made this level of community-based collaboration possible, even advantageous. Our opportunity to invite members of many different communities into our “ivory silo” allowed for rehearsal hall confrontations of a great variety of contexts, rather than focusing on only one. Churchill’s text is pliable and allows for plenty of interpretive riddles to solve, setting both students and non-students along the same footing. As our rehearsals grew in size, we engaged in Boalian-type exercises to keep us all working together. One exercise we kept coming back to was simple—sending several balloons around the space, actor to actor, in a continuous loop. When the Silver team joined us, we had over fifty participants in the space moving balloons back and forth. This immediate connection with each other, active and playful, mirrored our task with establishing intrigue immediately with each other in the micro-plays, while still functioning as part of one large organism. As metaphors go, that one feels pretty powerful.