Alchemy of the Reset with Pedro Noguera 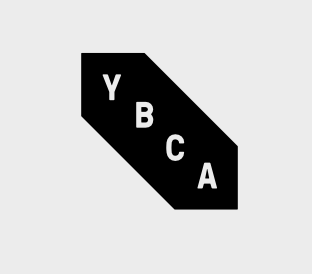 Yerba Buena Center for the Arts

Scholar, activist, author, and Dean of USC’s Rossier School of Education Pedro Noguera joins YBCA Chief of Program Meklit Hadero alongside YBCA Senior Fellows Brett Cook and Liz Lerman for Alchemy of the Reset, a conversation series about reimagining what is possible.

Noguera is one of the undisputed leaders of ideas in education today and brings visionary perspectives from the local to the global level. His expertise and experience span a broad range of issues related to education, social justice, and public policy. At a moment when structural challenges in our education system are exposed, Noguera offers insights on addressing social challenges for true systemic change.

About Alchemy of the Reset
Alert! Seismic shifts underway. Culture, politics, and policy are transforming in real time. In the wake of ongoing racist police violence and the murders of George Floyd, Ahmaud Arbery, Breonna Taylor, Tony McDade, and countless others, and while we continue to face the COVID-19 crisis, our society is igniting the potential to leap forward. How can you engage in the reset? How can you support a radical reimagination of what is possible? How can you push against old structures and work to rebuild?

Alchemy of the Reset is a conversation series hosted and created by YBCA’s Chief of Program Meklit Hadero and YBCA Senior Fellows Brett Cook and Liz Lerman—three artists who have dedicated their creative practices to inspiring systems and structural change. Over several weeks, Hadero, Cook, and Lerman will engage in dialogue with other artistic and creative leaders whose body of work and stories of reset aim to inspire members of our community to take action.

Pedro Noguera
Pedro Noguera is the Emery Stoops and Joyce King Stoops Dean USC Rossier School of Education. A sociologist, Noguera’s research focuses on the ways in which schools are influenced by social and economic conditions, as well as by demographic trends in local, regional and global contexts. He is the author, co-author and editor of thirteen books. His most recent books are The Crisis of Connection with Niobe Way, Carol Gilligan and Aisha Ali (NYU Press) and Race, Equity and Education: The Pursuit of Equality in Education 60 Years After Brown (Springer Press). He has published over 250 research articles in academic journals, book chapters in edited volumes, research reports and editorials in major newspapers. He serves on the boards of numerous national and local organizations, including the Economic Policy Institute, the National Equity Institute and The Nation Magazine. Noguera appears as a regular commentator on educational issues on several national media outlets, and his editorials on educational issues have appeared in the New York Times, Washington Post, Wall Street Journal, Dallas Morning News and Los Angeles Times. Prior to being appointed Dean of the Rossier School of Education at USC, Noguera served as Distinguished Professor of Education at the Graduate School of Education and Information Studies at UCLA. Prior to joining the faculty at UCLA he served as a tenured professor and holder of endowed chairs at New York University (2004–2015) Harvard University (2000–2003) and the University of California, Berkeley (1990–2000). Noguera was recently appointed to serve as a special advisor to the Governor of New Mexico on education policy. He also advises the state departments of education in Washington, Oregon and Nevada. From 2009-2012 he served as a Trustee for the State University of New York (SUNY) as an appointee of the Governor. In 2014 he was elected to the National Academy of Education and Phi Delta Kappa honor society, and in 2020 Noguera was elected to the American Academy of Arts and Sciences. Noguera has received seven honorary doctorates from American universities, and he recently received awards from the Center for the Advanced Study of the Behavioral Sciences at Stanford University, from the National Association of Secondary Principals, and from the McSilver Institute at NYU for his research and advocacy efforts aimed at fighting poverty.