Curated by CHUANG Stage, Celine and Max will talk about the craft and love of being a storyteller. 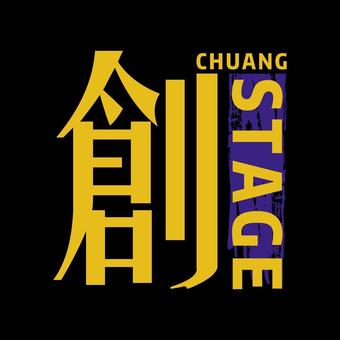 Just graduated from UCLA, Max Yu is the recipient of 2019 Relentless Award for his play Nightwatch; Celine Song has won over both Boston and New York with Endlings and will continue to mesmerize us with her writing in the Amazon series The Wheel of Time. Celine and Max will be in conversation about the craft and love of being a storyteller, and how they find themselves in this industry that lustfully chases after them on.

Celine Song’s play Endlings received its world premiere in 2019 at American Repertory Theater, and New York premiere in 2020 at New York Theatre Workshop. It has been named a finalist for the 2020 Susan Smith Blackburn Prize, and it was selected for the 2018 O’Neill National Playwrights Conference. The play was also included on the 2017 Kilroys list. Celine is a member of the Public Theater’s 2016-2017 Emerging Writers Group, Ars Nova’s 2014-2015 Play Group, and The Orchard Project's inaugural NYC Greenhouse 2018. She was a Playwrights Realm Writing Fellow from 2017-2018, a 2014 & 2016 Great Plains Theatre Conference Playwright, and she was a 2017 semifinalist for the P73 Playwriting Fellowship. Her play Tom & Eliza was a semifinalist for the American Playwriting Foundation's 2016 Relentless Award. She holds an M.F.A. from Columbia. Celine is a staff writer on Amazon's The Wheel of Time, and she is developing a project for television with Diablo Cody and Beth Behrs.

Max Yu is the 2019 recipient of the American Playwriting Foundation's Relentless Award. The 22-year-old writer/performer won the fifth annual accolade for his play Nightwatch, which he wrote as a senior at the University of California, Los Angeles, where he majored in playwriting. He grew up in the San Francisco Bay Area and currently lives in Shanghai, China, where he teaches English. https://www.nytimes.com/2019/12/24/theater/max-yu-relentless-award.html

About the CHUANG at Home Series

We might not be able to see each other in theaters, but that doesn't mean you won't be able to hear from your favorite theatermakers. In this unprecedented time, we want you to be safe, and we also want to keep you smiling and thinking, with folks from your community. We are delving into our curiosity to find voices from other incredible theatermakers in this unexpected moment of the world: what does it mean to be a theatermaker right now, and how do we move forward together as Asian American artists? It’s a lot, and we are here to talk. CHUANG at Home invites audiences and theatermakers to join us for virtual play readings, curated conversation and Zoom watch parties. The Asian American Theatermakers in Conversation series pairs an early-career with an established theatermaker in their discipline, and we invite you to join the conversations to discover insights and momentum to delve into our future work.

Founded in 2018, CHUANG Stage was the first Mandarin Chinese theater community of Emerson College. Created and operated by passionate and talented individuals from China, we promote transcultural theater, uniting the Mandarin-speaking community of the Greater Boston area by producing theater in Mandarin. In 2020, CHUANG Stage developed into a theater company rooting in Boston, MA, aiming to cultivate Asian American narratives in theater in the Greater Boston area.

CHUANG Stage cultivates and produces stories that empower the Asian American community and bridge the world. Aiming to exemplify Asian American narratives and support Asian American theater talents in the Greater Boston area, CHUANG Stage strives to become an advocate for the community through artistry and creativity. Opening doors for the bilingual community with its emphasis on Mandarin Chinese theater, CHUANG Stage builds bridges and honors transcultural theater in its original language, pushing boundaries and expanding our awareness of the world we live in. Visit at chuangstage.org!