A performance of The Canción Cannibal Cabaret

at the Guadalupe Theater in San Antonio, Texas 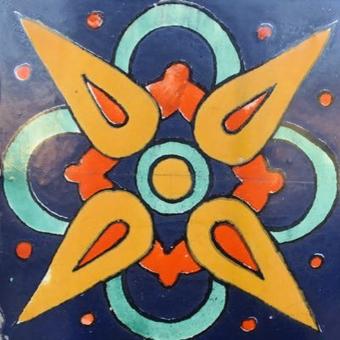 Set in a not-so-distant dystopian future, La Madre Valiente, a refugee raised under the oppressive State, studies secretly to become the leader of a feminist revolution. Her emissaries, Las Hijas de la Madre, roam the land spreading her story, educating others, and galvanizing allies. Inspired by current issues of social injustice, this multidisciplinary musical performance piece is a refugee, people of color, feminist, and LGBTQ+ call to action.

The book is comprised of the text and songs to The Canción Cannibal Cabaret, an introduction, and B-Sides. “Introduction: The Making of a Revolution” is an edited version of Ortiz’s MFA thesis. It contextualizes this punk rock musical, as well as her personal political philosophy and aesthetics behind the creation of it. The “B-Sides” section of the book includes six additional poems/songs, and sheet music for three songs in The Canción Cannibal Cabaret.

Amalia Leticia Ortiz is a Tejana actor, writer, and activist who appeared on three seasons of Russell Simmons Presents Def Poetry on HBO, and has toured colleges and universities as a solo artist and with performance-poetry troupes Diva Diction, The Chicano Messengers of Spoken Word, and the Def Poetry College Tour. Her debut book of poetry, Rant. Chant. Chisme., (Wings Press), won the 2015 Poetry Discovery Prize from the Writers’ League of Texas Book Awards and was selected by NBC Latino as one of the “10 Great Latino Books of 2015.” A CantoMundo Fellow and Hedgebrook Writer-In-Residence alumna, she received the 2002 Alfredo Cisneros Del Moral Foundation Award, which was founded by Sandra Cisneros, and her poem “These Hands Which Have Never Picked Cotton” was nominated for the 2012 Pushcart Prize. Her MFA is in Creative Writing from the University of Texas Río Grande Valley.

Amalia will be touring in support of The Canción Cannibal Cabaret & Other Songs as a solo performer, or with full production, in Fall 2019 and Spring 2020. For information, contact Aztlan Libre Press (info below). Aztlan Libre Press publications are available for purchase online at aztlanlibrepress.com or through Small Press Distribution at spd.org