Thursday 21 January 2021
10 Weeks In Jamaica: Theatre Conversations from Jamaica to The World!
Event Has Passed

Queer Narratives from the Jamaican Stage

Join us for a conversation on the stories that Queer people tell on the Jamaican stage!

Queer Narratives from the Jamaican Stage will bring together a mix of theatre practitioners and scholars to uplift the vital stories being told—revealing a country progressively grappling with its images of caustic homophobia and becoming more progressive about gay issues and artists. This will be a space where the work, the writing and the inquiry of queer Jamaican theatre artists are celebrated.

Karl O’Brian Williams is an award-winning actor, director and playwright whose work has been produced regionally, Off-Off Broadway, in the Caribbean, and the UK. In 2013 his play “Not About Eve” received three AUDELCO nominations for Excellence in Black Theatre including Best Playwright. His play The Black That I Am has been staged in Glasgow and Galloway for the National Theatre of Scotland, and at the Edinburgh International Fringe Festival. The Boys on the Hill was a selection in The Culture Project’s 2015 Summer Play Reading series at the Lynn Redgrave Theatre, and for Long Island University’s Kumble Theatre 2016 Pride Month Celebrations. His recent projects include: RESET Theatre Coalition’s Online Series centering BIPOC playwrights, and the Black Lives Matter Movement, and developing plays about LGBTQ+ lives in Jamaica. He is currently an Arthur Miller Foundation Mentor, the Artistic Director for Braata Productions, and Deputy Chair of the Speech Communications, and Theatre Arts Department at BMCC/CUNY. He holds an MA in Educational Theatre: NYU, a Dip Ed, & BA in English: University of the West Indies, and a Certificate in Acting Shakespeare: Royal Academy of Dramatic Art in London. 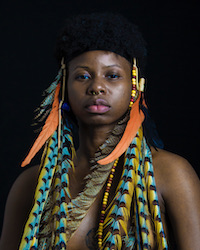 Simone Harris is a 7th generation Maroon, Queer Artist and Activist based in Kingston, Jamaica. Her work in the cultural and creative industries spans performance, arts administration, business consultation, education and creative producing. Simone is founder of Choreography is Copyrightable – a public education program focused on intellectual property protection and choreography. As a cultural and creative industries consultant she served as Local Expert for the development of a Business Plan for Jamaica’s Cultural and Creative Industries commissioned by the Planning Institute of Jamaica (PIOJ). Her arts management consultancy, 360 ARTISTS, promotes diversity, inclusion and equality through a range of creative and cultural initiatives, which have been supported by the British Council, Outburst Americas Queer Arts Network and the Puma Creative Caribbean Network. Her latest projects include Walking Tall a stilt walking performance art program, Lady Blake Ophelia Stratum – an experiment in character art and Communication for Creatives – a 9 week program that was developed to support creatives in designing their online communication practice. Simone holds a BSc in Psychology, a Masters in Business Administration (MBA) and Masters in Music Business Administration from Florida Atlantic University (FAU).She is currently an Analyst in a dynamic tourism agency and educator at the Edna Manley College of the Visual and Performing Arts, School of Arts Management. 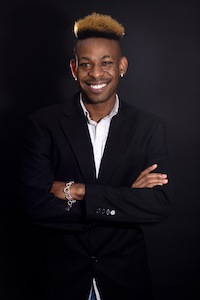 Webster McDonald is a Jamaican theatre practitioner and educator. In Jamaica he taught Theatre Arts for five years at the secondary school level. In his quest to promote the theatrical skills of his students and the indigenous cultural forms in Jamaica; particularly Revival, Brukkins and Kumina, he was instrumental in bringing fourteen students to Guyana in August 2016 to conduct workshops in improvisation and playmaking with the frame of emancipating theatre from colonial prescription. Webster has presented at national and international gatherings around the themes Our History Our Heritage, Black Masculinities in African Diaspora Theatre, interrogating hegemonic beliefs about gender and sexuality unfolding in the Caribbean. Webster is co-author for the anthology Dubbin Monodrama Anthology I: Black Masculinities in African Diaspora Theatre (Edited by d’bi. young anitafrika and Christopher Oliver, published by Spolrusie Publishing, 2019). Webster’s research delineates/deconstructs the relationship between masculinity, Caribbean culture, sexuality, and performance. He received a B.F.A. in Theatre Arts from The Edna Manley College of the Visual and Performing Arts and a M.A. in Theatre Education: Theatre and Community from Emerson College.