A reading of Waiting for Kim Lee by Vivian-Liu Somers 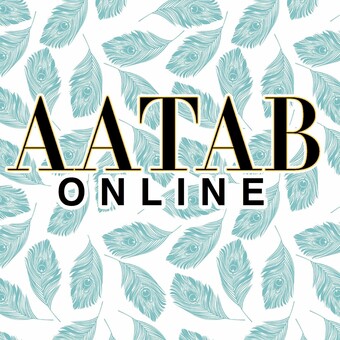 SYNOPSIS: A ten minute play in which Mary and Jillian wait to be seen at a commercial audition that's casting an Asian woman.

Following the play, we will have an extended post-show conversation with the cast, creative team, and some of Boston’s Asian American actors and theatre artists, where we will reflect on our experiences of learning and/or working in the Greater Boston area as Asian American women, and share our hopes for the future of theatre locally and globally.

Each of our readings will be presented live on Zoom, Facebook Live, and HowlRound TV. Zoom registration link here.

VIVIAN LIU-SOMERS (PLAYWRIGHT/MARY) is excited to have her first play as part of AATAB Online. She has acted and directed with many Boston area theater groups and festivals including AAPCFEST, the Boston Theater Marathon, Boston One Minute Play Festival, SlamBoston, Fresh Ink Mad Dash, Roxbury Rep Play Festival, ArlingTEN Festival, and Hovey Play in a Day. Favorite roles include Lindo in Joy Luck Club, Christmas Eve in Avenue Q, Melissa in Love Letters, Peter Quince in A Midsummer’s Night Dream, and Bill Bradley and various roles in Twilight: Los Angeles written by Anna Deavere Smith. She also has participated in readings and workshops including The Token Fallopians of Middleton Heights (Playwrights Platform and Fresh Ink Theatre) and Stir Frying Mahjong (Company One). (she/hers)

MICHELLE AGUILLON (JILLIAN) A theater-maker in the Boston area for over 25 years, Michelle studied at San Francisco State University, California State University at Long Beach, and the National Theater of London. She recently directed for the Umbrella Stage Company, Emerson College, Company One, and Nora Theater. She is a long-time board member at Hovey Players, and is a former board member for the Eastern Massachusetts Association of Community Theaters. Michelle is a member of the Asian American Playwright Collective and board member at Stage Source. (she/hers)

ALISON QU (Director) Originally from China, Alison is a director, dramaturg and a creative producer. Alison is the inaugural Cutler Creative Producing and Engagement Fellow at ArtsEmerson, and the Co-Founder & Executive Producer of CHUANG Stage, a Boston-based theater company dedicated to cultivating Asian American narratives. Her dramaturgy work at Emerson College received the 2020 LMDA/KCACTF Region 1 Student Dramaturgy Award. Alison is a proud alumna of the Eugene O’Neill Theater Center’s National Theater Institute and CompanyONE’s Professional Development for Actors for acting. She is a member of TC Squared Theater Company’s Director Lab, and an associate member of Stage Directors and Choreographers Society. She graduated from Emerson College with a BFA in Theatre focused on Directing and Dramaturgy. When not in theater, she can be found in Japanese grocery stories improving her Sukiyaki(すき焼) recipe, writing breakup songs on a guitar, or spending quality reading time with her cat Gertrude. Find out more about CHUANG Stage at chuangstage.org. (she/they)

AUDREY SERAPHIN is an artist and arts administrator who works in the Boston theatre community as an actor, director, stage manager, and community organizer. Audrey serves as the Community Engagement Director at The Front Porch Arts Collective, a Black theatre company dedicated to eradicating racial injustice in Boston. Audrey’s theatrical passion is directing; recent projects include Coriolanus (Praxis Stage), Shakespeare on Leadership (Boston Theater Company), Una Me Da Leche (She Said Festival), and This Is Not a True Story (Asian-American Theatre Artists of Boston). She has also assisted on the directorial teams of Breath & Imagination (Lyric Stage & Front Porch Arts Collective) and Long Day’s Journey into Night (Fort Point Theatre Channel). Audrey currently serves on SPARK Boston, Mayor Walsh’s volunteer council of 20- to 34-year-old's dedicated to promoting civic engagement among millennial residents of Boston. She is a graduate of Emerson College, where she earned a B.A. in Theatre Studies & Arts Management. Audrey is a lifelong resident of Massachusetts and a proud founding member of the Network for Arts Administrators of Color (NAAC) Boston.

KARINA WEN is a Boston-based actor. She graduated from Brandeis University this past spring with her B.A. in Theater Arts and Women's, Gender, and Sexuality Studies. Recent acting credits include The Crucible (Central Square Theater), Pacific Overtures (Lyric Stage), and The Joy Luck Club (The Umbrella Stage Company). Karina spent much of the past year working on her senior thesis on representations of Asian women in American theater. (she/hers)

We've gathered (and still are gathering!) theatre artists from the AATAB community, the Boston theatre community, and friends across the country that are now virtually available, to explore a play in development by a Boston-based Asian American playwright, and experiment with how we can become even more creative storytellers through Zoom.

Our goal is to find new ways for us to gather and celebrate our community, and to find some joy through collaboration and creativity during these unknown, frustrating, and difficult times, all while raising money for organizations in need! For this reading we would like to amplify Asian Artists 4 Black Lives, led by the Asian American artists of Hamilton. All contributions will be split evenly between Black Lives Matter Global Network, Transgender Law Center, Louisville Community Bail Fund, and Black Voters Matter Capacity Building Institute, providing IMMEDIATE & LONG-GAME SUPPORT — bailing out protesters, Black Lives Matter, safeguarding Black voters & protecting the Black Trans community

Let’s help them reach their goal of 5K, so that they can receive another donation of 5k to match!

Asian American Theatre Artists of Boston (AATAB) is a social collective that seeks to empower and connect Asian American, Pacific Islander American, MENA American, and Kanaka Maoli theatre artists in the Greater Boston area. Find us on Facebook or Instagram.