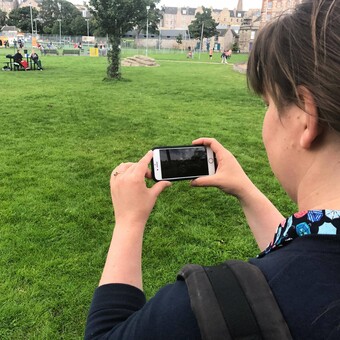 The third gathering of the Atelier was planned in partnership with FoldA to integrate with this year’s program and included a hackathon to rapidly ideate solutions to some of the hard problems Toasterlab had found at the midway point of the Atelier project. With FoldA going fully online due to COVID19, so goes the Hack.

Now spread over a week to allow for flexible distance participation, the Toasterlab Mixed Reality Performance Hack (tMoRPH) invites a small but diverse group of artists and technologists to break ideas and explore how to engage with mixed reality performance in remote and low-bandwidth environments.

We will partner with Nakai Theatre of White Horse to explore ways in which these new immersive technologies, which have benefited from ubiquitous connectivity in our populations centres, find themselves going down trails less travelled and where connectivity is not a given. How does this key piece of accessibility change how we think about the dramaturgy of hybrid virtual/carbon space performances? From background content packaging to 5G drones to shows with performers distributed across the globe who are stuck at home, teams will imagine future solutions beyond social distances.

Join the crew on Saturday 13 June to be introduced to the ideas which participants will pursue before presenting proposed novel solutions. There will be a number of ways to follow their progress throughout the week, including a very special presentation of Atelier Boosted project, I.F. : Indigenous Futurities : Dancing Earth in CyberSpace on Thursday 18 June.