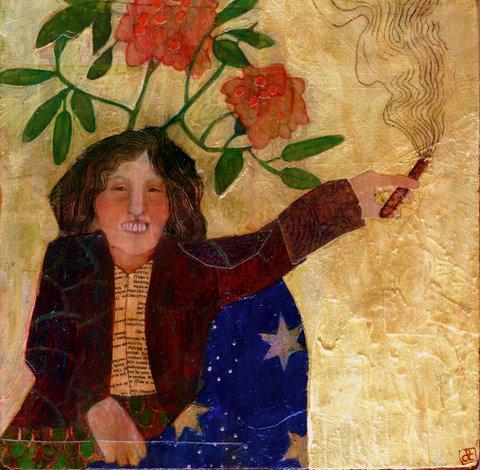 María Irene Fornés (b. 1930, Havana, Cuba) is among the most influential American theater-makers of the twentieth century. A defining force within the off-off-Broadway movement of the 1960s and 1970s (and nine-time Obie Award winner), Fornés — as playwright, director, designer and teacher — became a guiding presence for emerging theater artists of the 1980s and 1990s, especially those invested in staging feminist, queer and latinx aesthetics and experiences. Fornés’ experiments in theatrical form and her transformative teaching techniques continue to challenge and inspire new generations of theater-makers today. Even so, the living legacy of María Irene Fornés remains remarkably under-acknowledged among contemporary theater artists, students and scholars. Currently 87 years old, Fornés resides on the upper West Side of Manhattan. Due to late stage Alzheimer’s disease, she is no longer writing or teaching.

In April 2018, multiple gatherings will activate broader awareness about Fornés’ multifaceted legacy among theater artists, scholars and students. On Saturday, April 14, Princeton University’s Lewis Center for the Arts — in partnership with with the Latinx Theatre Commons (LTC) — will host the 2018 LTC María Irene Fornés Institute Symposium in Princeton, New Jersey. The 2018 LTC Fornés Symposium will convene an intergenerational “community gathering” of artists, academics, students, and others for a day of vigorous, Fornés-inspired creativity, conversation, and conviviality. On Sunday 15 April, New York University’s Tisch School of the Arts will present a Colloquium on María Irene Fornés. The NYU Fornés Colloquium will feature a panel of experts on Fornés, a roundtable of women directors discussing the influence of Fornés’ directorial work, and a concert reading of Fornés’ musical Promenade. This constellation of events aims to gather Fornés’ students and collaborators — as well as those who have been inspired by her — to deepen understanding of her work and her methods, to document her enduring impact, and to extend her living legacy into the twenty-first century.

JULIA JARCHO is a playwright and director from NYC with the company Minor Theater. She writes about theater, modernism, and critical theory in the English department at NYU. Plays include The Terrifying (Abrons Arts Center 2017), Every Angel is Brutal (Clubbed Thumb 2016), Nomads (Incubator 2014), Grimly Handsome (Incubator 2013), Dreamless Land (New York City Players/Abrons 2011), and American Treasure (13P 2009). She has won an OBIE for Best New American Play (Grimly Handsome) and a Doris Duke Impact Award. Books: Minor Theater: Three Plays (53rd State);Writing and the Modern Stage: Theater Beyond Drama, (Cambridge UP).

KATIE PEARL is a theater director, playwright, and teacher. She is co-Artistic Director of the Obie-winning company PearlDamour, with whom she creates interdisciplinary, often site-specific work. Recognition includes four Map Fund, two NEA, and a Creative Capital Award; commissions include Trinity Repertory Theater, The American Repertory Theater, The Kitchen, the Whitney Museum, PS122, and the Contemporary Arts Center/New Orleans.  In 2016, Pearl was the Anschutz Distinguished Fellow at Princeton and a visiting lecturer at Harvard. Pearl is a producer of The Rest I Make Up, Michelle Memran’s documentary about Maria Irene Fornes.  In 2017, as the Quinn Martin Distinguished Chair of Directing at University of California at San Diego, Pearl directed Fornes’s What of the Night?.

TINA SATTER is a writer, director, and Artistic Director of the Obie-winning theater company Half Straddle based in New York City. Named an "Off Off Broadway Innovator to Watch" by TimeOutNew York and winner of a Doris Duke Impact Artist Award, her plays and videos have been presented at festivals and theaters throughout the U.S, Canada, Europe, Asia, and Australia. Tina’s Master’s thesis at Reed College was on the work on Maria Irene Fornes.

The NYU event is made possible with support from the Drama Department, Institute of Performing Arts, Initiative for Creative Research and the Dean's Office at New York University's Tisch School of the Arts; with further support from NYU's Center for the Humanities.

For further information about the LTC and the 2018 LTC Fornés Symposium, see: www.latinxtheatrecommons.com

About HowlRound TV
HowlRound TV is a global, commons-based peer produced, open access livestreaming and video archive project stewarded by the nonprofit HowlRound. HowlRound TV is a free and shared resource for live conversations and performances relevant to the world's performing arts and cultural fields. Its mission is to break geographic isolation, promote resource sharing, and to develop our knowledge commons collectively. Participate in a community of peer organizations revolutionizing the flow of information, knowledge, and access in our field by becoming a producer and co-producing with us. Learn more by going to our participate page. For any other queries, email [email protected], or call Vijay Mathew at +1 917.686.3185 Signal/WhatsApp. View the video archive of past events.
Email this Page
Share this Page on Facebook
Share this Page on Twitter
Print
Print this Page

I love the theme that's emerged here on a director's relationship with Fornes; she can be treated as both master and muse, and yet her work demands partnership from the director, not idolatry. This strikes me as one of the most subtle but pertinent aspects of feminist work. To take the play on as a collaborator, rather than a rulebook is to resist the hierarchy that can emerge in the rehearsal room (producer above director, director above actors), patriarchal in its nature. The relationship feels so alive between director and Fornes, in the way these women speak about it. I thought Katie Pearl's phrasing of it was really interesting, balancing both a feeling of community as a director of Fornes's work (the director is "part of a surge of questioning") and a sense of lineage, that Fornes came first and we are "feeling the ripples" of her contribution still.

I thought that this talk was so insightful. Bringing together directors who each had such a connection to the work of Fornes is a great idea. I was compelled by their stories of how each came to appreciate Fornes, but I wished that they could have spent more time on her individual plays and some of the themes/interesting structures within her writing. For one who is not all too familiar with Fornes' work, I wished I could have gotten a little more insight on who she is as a playwright and what her work means to the theatre community. Overall, though, it was so wonderful to listen to!