How about now? US Latina/o Theaters Sharing Resources 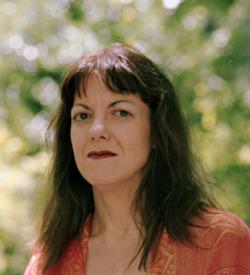 Where will US Latina/o theater makers be in thirty years? What will 2046 look like?

These two questions loomed large over the many, varied conversations that took place during the Latinx Theatre Commons National Convening hosted by HowlRound at Emerson College 31 October through 2 November 2013.

If indeed, as US population demographic studies predict, Latina/os in the US will be a majority in 2046, how, then, in effect, will our impact on culture be quantified?

I think it is safe to say that none of us will truly know where we will be in thirty years’ time, and, for that matter, know exactly what American theater will look, sound, and move like. The subscription-based resident/regional theater system is already in dire need of an overhaul, and our small teatros across the country are struggling just to make ends meet. I’d like to think that US stages, large and small, will reflect in an equitable, democratic manner the plurality of voices, peoples, genders, and aesthetics of our cultural workers, and therein, of our population. It has taken more than twenty years to achieve even a hair’s breadth of gender parity on our stages. Although I am optimistic by nature and want to believe that the troubles and struggles that many of our practitioners face now regarding issues of representation, visibility, equity, and fiscal sustainability will be eradicated, or at very least, become substantially less cumbersome, I am wary of sounding a blaring trumpet at this stage in the game.

I’d like to think that US stages, large and small, will reflect in an equitable, democratic manner the plurality of voices, peoples, genders, and aesthetics of our cultural workers, and therein, of our population.

So, I think it perhaps best to not craft a grand vision for 2046, but rather one for the immediate future.

Let’s not take on the world right now. Let’s just focus on what may be possible with a little ingenuity, hard work, resourcefulness, light, and grace.

Could we imagine a shared stage writ large?

What would happen if ALL, and I mean, ALL of the US Latina/o theatres in this country actually banded together to create shared programming, touring of productions, and artistic exchange of new writing, classical work, and works in translation?

Could we envision a season or two, or even three (or more, if we wanted to be grand about it), where Repertorio Espanol, INTAR, Pregones/PRTT, IATI, LATea, Nuyorican Poets Café, Borderlands, Milagro Theatre Group, Su Teatro, Teatro Dallas, Teatro Paraguas, Teatro del Pueblo, East LA Rep, Teatro Vista, Teatro Vision, Casa 101 (and more) all shared artists and resources and programming?

Could we call, if we were so disposed to play the celebrity angle, on Mariah Carey, J.Lo, Cameron Diaz, Shakira, Christina Aguilera, Salma Hayek, Eva Longoria, Sofia Vergara, Oscar Isaac, Benicio del Toro, Andy Garcia, and Rita Moreno—artists whose combined net worth as a group is more than 700 million—to step it up, and actually produce/present a season or two across the country?

Could we make our own National Theater, which already is in existence, albeit in pockets of isolation city to city, region to region, bountiful in its indigenity, mestizaje, and syncreticism, and, in so doing, actually turn the system upside down?