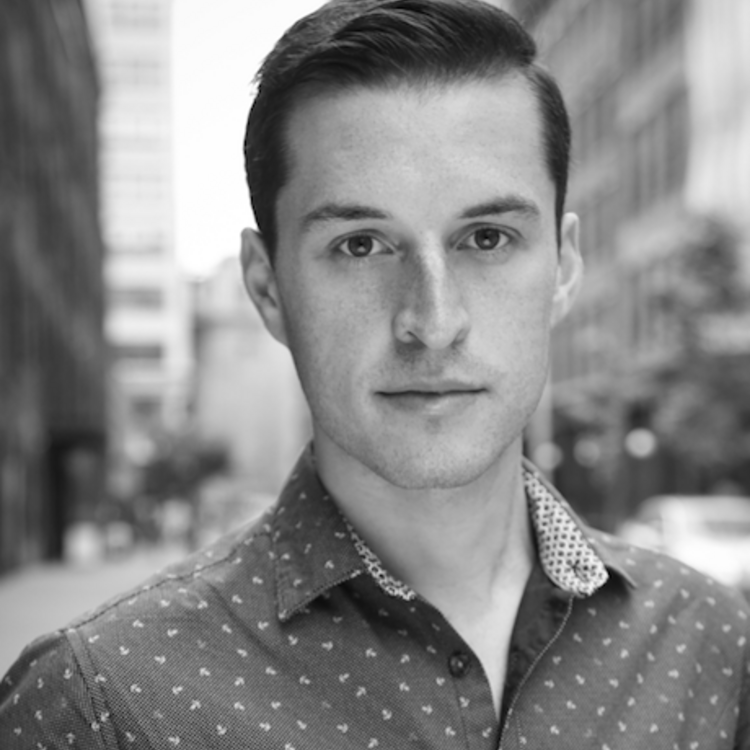 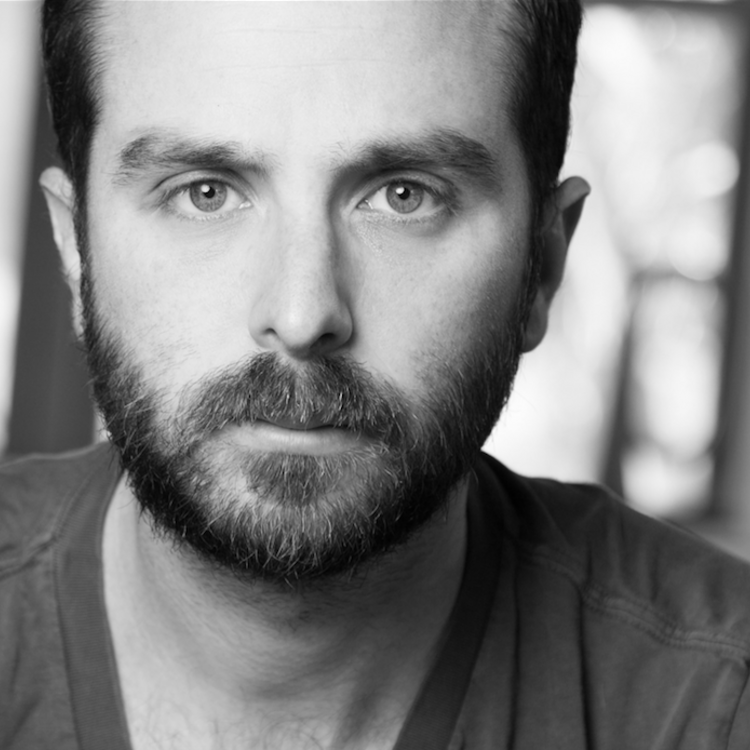 Brown Box Theatre Project is led by Artistic Director Kyler Taustin who founded the company in 2009. The company is Boston-based and tours their work nationally and internationally. Last year, their production From Water to Dust, a collection of four short plays by Latinx playwrights, visited two states and two countries. The company has created a reputation among the fringe theatre scene in Boston for producing innovative and mobile work featuring the up-and-coming talent of the trade.

Kyler and I met on a recent rainy Sunday afternoon to discuss Songs for a New World, his company's success, and the challenges facing him (and all young Boston theatre artists) in the fringe scene.

Kyler: Brown Box Theatre Project is focused and driven by the idea of breaking down the financial or geographical barriers separating the audience from the arts. We do not necessarily pigeonhole ourselves with the kind of work we do when, in fact, the diversity of the kind of work is as critical as the locations we tour. We have dedicated ourselves to sharing our work with a wide array of people in Boston as well as up and down the east coast. We are trying to tell the unheard story from an unheard voice and spread it in an accessible and affordable way.

It's a different type of public art[…]We are turning the theatre into an experience that can have an influence on our daily life.

Justin: Where do you see Brown Box Theatre Project fitting into the Boston theatre scene?

Kyler: Boston has fringe, medium, and large theatre companies. We are a fringe company, but not because we don't have the money to do what we want to do. We are fringe because we are trying to tell stories in a different way, and we are telling different stories themselves; our model is on the fringe.

I think the term has gone off the rails as being considered "the poor companies that can't pay their artists." Brown Box Theatre Project doesn't fit into that definition. Very often I am swayed to say we are a small theatre company, but we are truly a fringe group because we are developing and producing work in a unique alternative way. That work is often trying to share stories that you would not see at a medium or large theatre. Brown Box Theatre Project is fringe in an original definition of what it means to be fringe.

Justin: I'd like to talk about Brown Box Theatre Project’s model of performing in non-traditional theatre spaces. I get the impression there is a business decision in mind, but after watching Songs for a New World, I saw an artistic choice made that I had not seen before. Your mission to produce work showcasing diverse voices to the public and having it take place in public makes the work feel like it organically popped up where it was needed most. Could you talk more about performing in the lobby of an office building or a public park as an artistic choice?

Kyler: We believe theatre needs to be seen by everyone. The best way for it to be accessible is to place the work in people’s backyards. Putting Songs for a New World in a public location allows people who are walking by to have art engrained into their daily routine. This choice gives the experience a physical and emotional impact. The idea of pop-up art allows us to become an exhibit in people's lives. It's a different type of public art. We have sculptures and murals that people walk by every day, and now we are turning the theatre into an experience that can have an influence on our daily life.

Justin: Subsidized art is often responsible for the sculptures and murals we see. Can you expand on how property management companies and developers have welcomed Brown Box Theatre Project to perform in locations such as Atlantic Warf or a garden at The Prudential Center?

Kyler: As you mentioned earlier, there is a business element to performing in these venues because we are not solely reliant on a single audience from an individual performance space. We have an audience with every site we visit. Organizations like Boston Properties and WS Development have been welcoming and are thrilled to have high-quality professional art on their property. These groups believe an investment with Brown Box Theatre Project is an investment in lifestyle and culture for the people of their communities. Our partnership allows us to diversify our income. More importantly, we are not simply going to venues because there is space available. We are going to locations because people want us there.

Justin: It's important to point out this is a conscious decision. Many other fringe companies are performing in less desirable places because that's all they can find or afford. Whereas here, you're going to unique places and bringing a strong element of quality with each of your shows. Your production of Songs for a New World had a full lighting plot, a robust orchestra, and professionally trained actors. Everything felt and looked like a quality piece of theatre. How do you get out the message, "We are here, we are professional, and we are bringing art to places where it's not typically found"?

Kyler: That is Brown Box Theatre Project's greatest challenge. We are a professional theatre company who happens to perform in alternative spaces. Just because our shows are free does not mean we are inferior in quality. Just because we aren't playing at the Boston Center for the Arts doesn't mean we are unprofessional, or underfinanced. We have been around for seven years, and we pay our artists decent wages. We are working very hard to redefine fringe and redefine what it means to be a professional theatre company. We are nomadic, but that's where theatre started. We feature professional talent from Boston and beyond to create quality work. We are only putting it in a new location for people who may not be able to get to or afford a ticket to a production playing at the BCA. In doing so, we can reach a more diverse community and play a pivotal role in expanding theatre's reach. This choice is critical to our mission.

The need for accessible, professional theatre has been a part of my life from the very beginning.

Justin: I'd like to jump back in time to the beginning of Brown Box Theatre Project. You earned your undergrad degree here and then floated around a bit before deciding on Boston as the home for your company. Where did the idea come from?

Kyler: Brown Box Theatre Project came to me while living in New York. I spent the year following my undergraduate residing in Tanzania learning about health education and global issues. I went to New York and lived there for about two years. I produced our first show there and then toured it to Maryland.

I am from an eastern shore community in Maryland that has no theatre. I had to go to school in a major city if I wanted to study theatre. I had to travel to Washington DC or New York if I wanted to see professional shows. The need for accessible, professional theatre has been a part of my life from the very beginning. My mom is an artist—a cabaret singer who toured the DC region. She understands and values the arts in her life. We were fortunate enough to go to the major cities and see theatre.

I began figuring out how to create professional theatre with people I wanted to work with, and how we could bring quality art to other communities. The answer was to pack it all up in a brown box and take it where it's needed. Our company's mission (and name!) developed out of that, and it's what I've dedicated my career to for the last seven years. I felt Boston was a place for me because I got to know the city during my undergraduate and had connections that allowed it to be a base for us.

Justin: If you could change one element of the Boston theatre scene, what would it be?

Kyler: We are a competitive community and not a collaborative one. I don't want to say there is no collaboration. There have been new ideas and partnerships popping up recently that are exciting to hear, like partnerships between mid-size companies and fringe companies, but there are more examples of artists not working together. I believe we are creating competition over the small audience willing to spend time and money going to the theatre, and that we should work together on expanding our audience. We should work together to create art that can make a larger impact. We need to be working together on marketing. We need to be working together. Period. It was discouraging upon my return to Boston to learn I was not in an alliance with my fellow theatre artists. We need to recognize the value in each other's art. We need to help promote each other. We need to work together in finding a solution to the lack of performance space in Boston. This has been an ongoing discussion for years, but I have seen minimal traction. We have to figure out how to collectively demand action from our government. Unfortunately, we in the fringe scene do not have a ton of sway individually, but there could be change if we worked together.

Justin: We are living in a time where grassroots organizing has become widely accepted as the vehicle in which to deliver change. It sounds like you're calling for a similar action here in the Boston theatre community. How does it get started?

Kyler: It starts by sitting down, meeting each other, and having talks with the goal of actually understanding what everyone is trying to do as leaders and artists.