The Legacy, Vitality, and Sustainability of Black Theatre Today

Black theatre institutions today require unique and ongoing support for their vitality, legacy, and agency. These institutions, like The Ensemble Theatre in Houston, not only make important contributions to the field, but they give African American artists a platform to diversify the landscape of American theatre, and to hone and perfect their craft. It is still rare to have an institution where African American actors, writers, designers, directors, and technicians work together collectively to produce works focused on a myriad of African American experiences. In order for us to sustain our impact, we must continue telling our stories for the education and enrichment of the communities around us.

Navigating the Present Concept of the American Stage 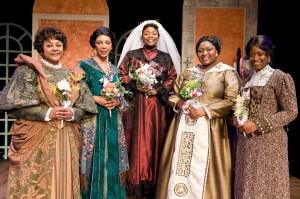 Black theatres navigate the present concept of American theatre through emphasis that the stories being shared are human stories, being told from an African American perspective. No matter what cultural background we identify with, we can all relate to the human condition, in which struggle, heartache, love, pain, and joy are universal themes. I am influenced by the words of August Wilson:

Theatre, as a powerful conveyer of human values, has often led us through the impossible landscape of American class, regional and racial conflicts, providing fresh insights and fragile but enduring bridges of fruitful dialogue.  It has provided us with a mirror that forces us to face personal truths and enables us to discover within ourselves an indomitable spirit that recognizes, sometimes across wide social barriers, those common concerns that make possible genuine cultural fusion.
—August Wilson, “Aunt Ester’s Children: A Century on Stage,” New York Times, April 2000

The Ensemble Theatre: Building Upon A Strong Foundation 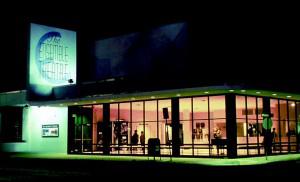 The Ensemble Theatre was founded in 1976 by the late George Hawkins, and over thirty-six years later, the theatre has evolved from a touring company operating from the trunk of Mr. Hawkins’ car to being one of Houston’s coveted historical cultural institutions. The Ensemble is the oldest and largest professional African American theatre in the Southwest—located in the heart of the Midtown Cultural Arts District, it holds the distinction of being one of the nation’s largest African American theatres owning and operating its facility and producing plays in-house. George’s dream was to sustain our legacy through ownership of our facility, requiring fiscal responsibility. Board President Emeritus, Audrey H. Lawson led that capital campaign. And even though George didn’t live to see us “burn our mortgage,” he set the course that became our driving force.

Owning our own facility not only increases our earned revenue stream, but it serves as a place into which we invite the entire Houston community—from rental of the spaces, to mainstage performances and youth programs. We never lose sight of the fact that ownership enables us to “be the change we wish to see” in the City of Houston. 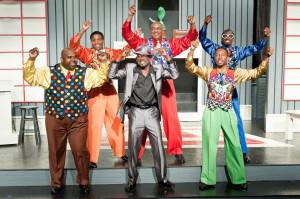 Board development is an important tool. Institutions must identify individuals with passion for the vision, proven professional expertise, and access to resources that can help advance the mission. In February 2012, The Ensemble’s Board of Directors took note of the funding climate change that had forced many reputable cultural institutions to face economic hardships. Board Members Brenda Peters Chase and Micheal Helm co-chaired the “Founder’s Circle,” a reserve fund for the theatre’s operations. Over $250,000.00 was raised.

We never lose sight of the fact that ownership enables us to “be the change we wish to see” in the City of Houston. 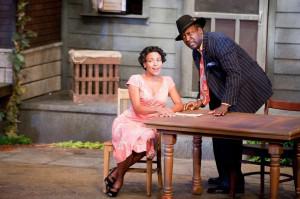 At The Ensemble, we know that the vitality of black theatre is contingent upon the support of the communities that we serve. We are duty bound to help spark civic dialogue, engage our audiences, and offer creative ways to help them uncover the power of the arts and the value of cultural literacy. One season, we held a series of workshops and activities called “Theatre Speaks.” We used a theme from each production to create a community dialogue around particular issues. We used theatre as a call to action, and as a result, community leaders and the media became involved as we explored issues like women’s rights, homelessness, and multi-ethnic family units.

In order to reinforce the strong foundation that we have been given, black theatres must be both collaborative and innovative. Collaboration helps build relationships that can extend your reach to new audiences, programs, funders, and the community at large. Our staff has partnered with organizations for food drives, used museum art as marketing collateral, volunteered to serve meals to the homeless, and given performances for professional organizations and social clubs. The result has been an increased interest in our programming and increased community presence at our productions.

Investing in our Legacy: Developing the New Artistic Voices of Our Time 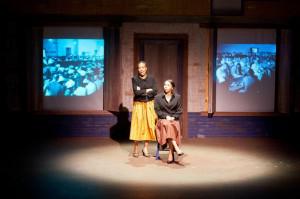 In addition to cultivating new talent and amplifying the voices of new writers, The Ensemble also makes an investment in the next generation of patrons, audience members, and arts advocates. Act One, our young professionals group, helps us reach younger audiences. We believe their endeavors will help cultivate our next generation of supporters. They host mixers, networking events, and an annual poetry event. This adds value to the theatre because their efforts are helping us build new relationships, and relationship building is at the core of how we garner support for our institution. 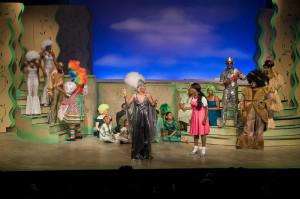 Without the institutions that help to shape and inform our cultural literacy, we risk being limited to the one-dimensional representations of African American life offered by mainstream media.  Maintaining the health and sustainability of our cultural institutions will require embracing the indomitable spirit of our founders, advancing their mission while adapting to changing times, and creating high-quality art as well as a financial stream that will ensure the artists with whom we work an artistic home. As August Wilson reminds us, we all possess the tools to access and sustain the cultural legacy that is our birthright:

Before I am anything, a man or a playwright, I am an African American. The tributary streams of culture, history and experience have provided me with the materials out of which I make my art. —August Wilson, “Aunt Ester’s Children: A Century on Stage,” New York Times, April 2000