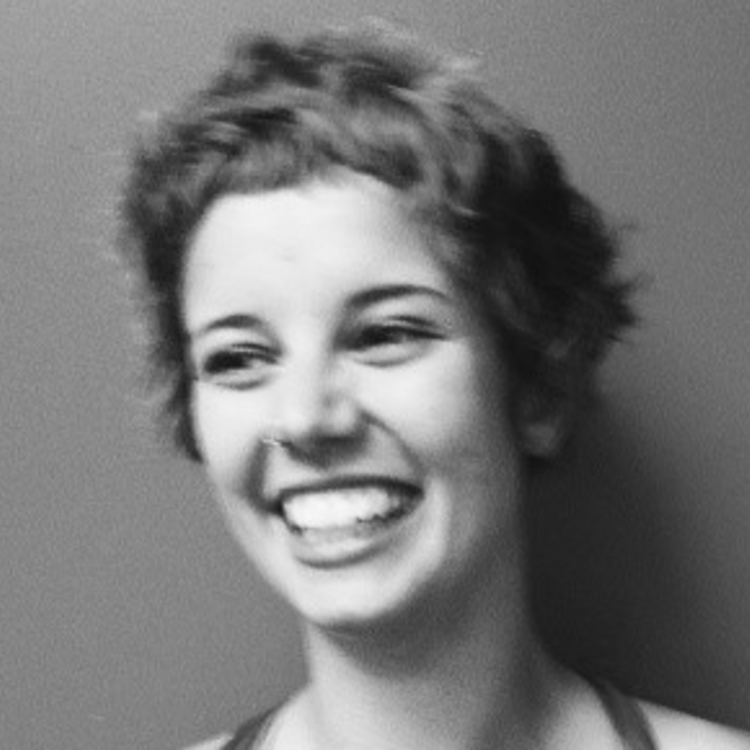 The way we live is unnatural.

Geneticists, anthropologists, biologists, and evolutionary theorists have all studied the development of the human genome over time. While culture has shifted rapidly since the Neolithic revolution (the dawn of agriculture), our basic physiology remains the same. Nutritionists and medical theorists propose that most chronically degenerative diseases and lifestyle-related ailments are the direct result of these changes in cultural behavior and diet, which stray from our physical foundation.

This is the theory behind “Paleo” diet and exercise, which attempt to address contemporary unhealthy patterns of behavior by looking to the past. Look past the fad energy bars at the checkout line and the crossfit studios cropping up on every corner. Behind the trend is a pretty simple core ethos: “do what your body is designed to do.” That is, eat the foods your body, genetically, is designed to metabolize. (Hint: it’s not the health food bar.) Exercise in the way that human physiology is naturally inclined.

As we artists know, wellbeing is not just about diet and exercise. If our bodies are ravaged by counter-productive lifestyle behaviors, then certainly this is a factor in our proclivity towards behaviors that lead to ill health, destruction of our environment, and pandemic loneliness and social aggression. We are at an opportune moment to turn away from self-destructive contemporary habits, and return to behaviors that sustained humans for millennia.

Of course, adopting Paleoism does not require the denial of technological advances of the modern age. To maintain a Paleo diet, you don’t have to hunt your food with a spear, you just have to eat real, unprocessed foods. Paleo exercise doesn’t mandate an adrenaline-fueled sprint from an agitated rhinoceros—you can work out with what your body has to offer, instead of with over-the-top machinery. The key to Paleoism is to successfully integrate simple methodologies that complement our core physiological and psychological makeup with modern technologies.

What are the simple possibilities we cannot even imagine? What blinders of industrialization do we artists still wear? What happens if we throw away everything we imagine theatremaking to be, and rebuild it from scratch, collaboratively with the people and environment around us?

Theatre as a Paleo Discipline
Storytelling is a practice that can be traced to the earliest humans, as a functional tool to help us get the hang of this “being human” thing in the great wild, and fortify our chances for survival.

So, what if we took some lessons from the cave dwellers into our practice? Might we uncover some smart, sleek systems that untangle the complexity and wastefulness of many contemporary designs?

Writing and Realism for Paleo Theatre
One of the greatest ironies of theatre is its attempt to reflect human experience, while sealing its audiences off from the natural world. Consider the audience that attends a matinee, leaving the bright sunlight to enter a dark theatre, only to have a series of artificial lights and plastic gels simulate a landscape with bright sunlight.

Paleo Tip: write for human environments, and then produce in them.
Writers who consider integrating the existing environment, properties, sound, lighting, and other visuals demonstrate fair consideration for producing logistics and respect for the environment. Writing for site-specificity, single-settings, and for reasonable design may ensure healthily realized and beautifully executed performances of the writer’s work.

For shows that require multiple settings, site-specificity may be advantageous if one reconsiders how the work is presented. A single narrative can become a serial model. Audiences may experience one act in a forest, a second act the following week in a court room, a third act the next week in a grand hotel. Especially if tickets for all performance are packaged and the settings geographically condensed, the Paleo theatre company may benefit from sustained attendance and uncontrived longevity for their run.

Relationship to Community: Scaled Performances and Job Security
In an industry overwhelmed by hubris, a Paleo approach would go far to release the industry from the weight of self-indulgence, ego, and a prison of over-intellectual existential hedonism. The Paleo approach reminds makers as well as consumers of the instrumental purpose of theatre as a tool that strengthens human survival, as it was in the Paleo age.

Social isolation indicates vulnerability to predators and increased levels of stress. Leveraging a Paleo theatre as a community space satisfies natural inclinations towards pack-based behavior, based upon the instinctive proclivity toward safety in numbers. Consistent group-based interactions may also have a positive effect on mental and physical health, decreasing instances of violence and apathy.

The community may be looked to as a source for props and scenery for the performance, tables and buckets for the venue operations, and perhaps even some labor equity in maintaining the space. The community may also leverage the venue to share resources among themselves, such as meal sharing before and after performances.

Paleo Tip: size matters
Prehistoric communities consisted of bands of twenty-five to fifty people. Groups of this size could be adequately fed, safely sheltered, and share the tasks for the maintenance of the band. Today, sociologists argue that the most effective groups do not exceed 150 members, after which point it is difficult for the groups to sustain bonds and effectively leverage the resources of the group. A venue seating 150 or less may be reasonably maintained atmospherically, acoustically, and visually, and may reasonably serve those who can reach the venue by sustainable transit (bicycle or walking).

Paleo theatre does not require massive crowds. Instead, a Paleo company many offer more frequent performances for fewer audience members at a time. Rather than performing for three weeks in a five hundred seat venue, the same show may run for ten weeks in a smaller venue and serve the same number of patrons.

Paleo Tip: Territorialism is for the birds
Alternatively, several Paleo theatres may collaborate on simultaneous co-productions of the same piece, to be offered simultaneously in multiple places at the same time. Rather than one company performing in a large venue, depending on a broad draw of audiences that must commute to the site of the performance, perhaps multiple casts may develop a work together, which can be presented simultaneously in venues throughout the region, servicing an immediate area.

Some Paleo theatres may take resource sharing a step further, by forwarding a full production—script, stage notes, set and costume pieces and so on, to partner companies. This model may be a key to mentorship, and an exciting game of artistic telephone. Theatrical productions can work together to expand on creative ideas, rather than competing to generate original products in an under-demanding market.

Resources are spent not on scaling a performance for large audiences and maintaining huge spaces, but rather streamlined directly towards workers. Currently a disproportionate amount of theatrical resources are expended on materials acquisition and the maintenance and operations of massive buildings. Those resources might instead be directed towards smart, efficient designs, to longer and more plentiful contracts for talented artists, and on the other humans who make the show run. In short, resources are invested in people, not waste.

Getting Radical: Paleo Venues and Technology
While inspired by the technologies of cave dwellers, Paleo performances certainly need not be sequestered to a cave (unless the setting lends to it). For those with an eccentric funder and an itch for real transformation, here are some wacky ideas to really take the Paleo model to its edges.

Ambience
Theatres are a haven for multidisciplinary practice. As a discipline that showcases writing, visual art, music, kinesthetics, acting, carpentry and sculpture, textile, and so on, why should this medium not also strive to innovate design and architecture?

Venues are shelters that serve many purposes and people at once. Applied strategically, the venue can reduce redundant energy spent on household climate control. Rather than HVAC-based systems, venues might strive to apply the technologies of Passivhauses, or aquatic techniques such as those use by the Taj Mahal for heating, cooling, and natural lighting. A bit of consideration for access to natural elements of light, water, and plants (that serve the dual purpose of counteracting air toxins and may provide a ready resource for realist scenery) can create a space that is healthy and nurturing.

Lighting
Current theatrical lighting systems are based on complex electronics that falsely conjure “looks and feels.” With a bit of imagination and willingness to redefine the “look” of theatre, we may be able to substantially innovate theatrical lighting.

Traditionally, theatrical shows are performed at one of two times: afternoon or evening. Paleo theatre might not adhere to these arbitrary times. Simple flexibility to adjust performance times in symbiosis with natural solar and lunar light patterns might allow for a plethora of new lighting technologies.

While I’m not a lighting designer myself, I’m desperately curious to see what light artists might accomplish with emergent technologies like tubular lights or Sustainable Alternative Lighting (SALt) lamps. Just as a clothing designer might switch from synthetics to bamboo, or chef might choose whole foods over their processed counterparts, how exciting might it be to pioneer the streaming and coloring of natural light? How might tubular lighting and lanterns redefine the experience of the show, the availability of blackouts and color changes? Might on-stage scenic manipulation be used for visual effects? How might a radical Paleo approach to lighting technology transform the way we envision the dimension and texture of the stage? Rather than lingering in the last wave of modern technology, theatres may push themselves to contributes as leaders in aesthetic design.

Sound
Sound amplification did not come into vogue in performance until the early twentieth century with the invention of the carbon-button transmitter. With a legacy that dates tens of thousands of years before this infantile technology, a return to pre-electronically amplified soundscapes in performance is a simple matter of acoustically sound venue design and creative re-envisioning of the symphonic composition of the performance.

Instead of pre-recorded sounds, a bandstand megaphone (perhaps following inspiration from Estonian Ruup megaphones) may be used as a Foley booth that complements on the on-stage action. One can also explore natural sonic effects by experimenting with where the sounds are produced. (Might some effects be generated in the house itself?)

The ideas presented in this essay are just that: ideas. Many have been tried by companies from the scrappy to the sustainably-minded. Many are Vernian fantasies, right now. The heart of Paleo, though, is simply what are the simple possibilities we cannot even imagine? What blinders of industrialization do we artists still wear? What happens if we throw away everything we imagine theatremaking to be, and rebuild it from scratch, collaboratively with the people and environment around us?

I can’t wait to see what we can come up with, inspired by the lessons of our great 125,000-nth grandparents.