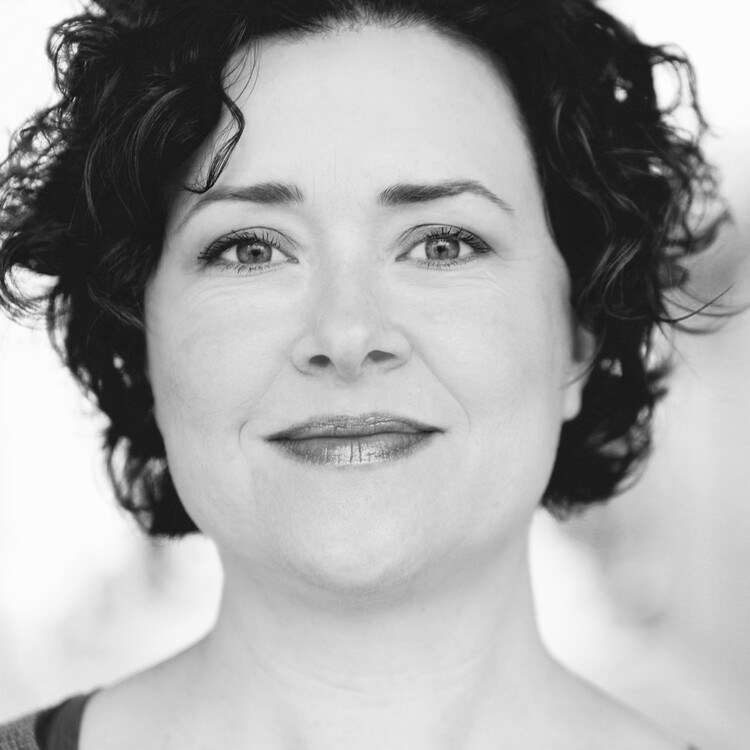 Alison
Weller
Theatre in the Age of Climate Change

Maybe Tomorrow, The Fish Will Be Gone

Twice a year, I look forward to putting together this Theatre in the Age of Climate Change series. The depth and breadth of work being done at this intersection reminds me that though there are plenty of reasons to despair (here’s one of them), there are also countless people determined to keep the planet habitable, and all of its creatures alive and thriving. Playwright Alison Weller reflects on how she herself experienced this contradiction between despair and hope in the writing of her play Boundless. —Chantal Bilodeau

In 2016, I was given a daunting task. Cape Rep Theatre asked me to write a play based on interviews with people in and around the fishing community on Cape Cod. The mission: to apply my investigative theatre background to the conundrums faced by modern small boat fishermen. The hope: to distill their experience and all those knotty complications into something digestible and, ideally, entertaining. The work was intimidating, partly because it would touch on so many huge themes that could merit shows of their own. Climate change was one of them. As we dove into the research phase for Boundless, I wondered how often climate change would come up in the interviews and if we’d be able to address it in a creative, efficient way.

At the outset, we were lucky to have advisor Owen Nichols, Director of Marine Fisheries Research at the Center for Coastal Studies in Provincetown, school us in the basics: the nature of the different fisheries, the kinds of stock and their availability, the gear each fishery requires, how infrastructure on the Cape has changed and declined over the years. Perhaps most important, he gave us a scientist’s sense of how perceptions are affected by scale and shaped over space and time, and why observations in the ocean are so tricky. The stock is constantly moving. The water temperature is often changing. A fisherman’s catch during any given month might directly contradict the latest data provided by scientists that leads to restrictions on that particular stock. And so there is a historical tension between fishermen and scientists. It is often hard to quantify what is causing a stock to decline—whether it’s overfishing, or climate change, an as yet unidentified shift in the biosystem, or most likely, a combination of those things.

Our first talk with Owen inspired the lyrics to the titular song in the show. I’m grateful that my collaborator, composer Peter Hodgson, was able to wrangle a jumble of my thoughts, along with phrases from that talk of Owen’s, into a coherent stream of consciousness set to a contemplative melody. Boundless is meant to be an articulation of the whole big complicated mess, a musical evocation of the knots I found myself in every time someone would ask me about the play, the subject, and its unwieldy pile of issues:

WE HAVE THIS IDEA
ABUNDANCE, YOU KNOW
BASED ON WHAT USED TO BE THERE
AND WHAT’S OUT THERE NOW.
AND THAT’S BASED ON HOW LONG YOU’VE LIVED HERE,
AND HOW LONG YOU’VE FISHED HERE,
AND THE CYCLES YOU’VE SEEN,
AND HOW YOU PERCEIVE THE WORLD AROUND YOU,
OR AT LEAST THE FISHING.
YEAH, ABUNDANCE.

THERE COULD BE LESS FISH, YEAH
THAT COULD BE IT.
OVERFISHED, FOR SURE,
BUT THAT’S A TOUCHY SUBJECT
SOME SAY THAT THE SCIENTISTS
SCREWED UP THE WAY THEY MEASURED THE FISH
AND SO IT SEEMS THAT THE COD ARE GONE
THAT’S WISHFUL THINKING IF YOU ASK ME.

BUT THESE FISH HAVE A TENDENCY TO
UP AND LEAVE
WITH NO WARNINGS
OFF TO A BOUNDLESS NUMBER OF PLACES,
HOW RUDE.

BUT HERE’S THE THING:
WHEN THEY BREED IT’S A BEAUTIFUL
AN ANCIENT CHOREOGRAPHED DANCE
AND IF YOU INTERRUPT THAT,
THEY SCATTER AND FAIL TO BRING ANOTHER GENERATION INTO THE WORLD.
THE SLIGHTEST SHIFT IN CIRCUMSTANCE
MAKES IT FEEL LIKE THE WHOLE WORLD IS LEFT TO CHANCE,

DID THEY DIE
OR WERE THEY CHASED AWAY BY SHARKS OR SEALS
OR PUSHED OUT BY THE WARMING WATER?

In this dystopian landscape there are so many fires to fight: the revived threat of nuclear war, the ongoing debate about the essential nature of democracy, the Orwellian irony—and ridiculous waste of time—in having to reassert that climate change even exists.

Fishermen face the issues of climate change every day. They’re on the front lines observing changes in weather conditions and what’s landing in their nets. Their livelihoods are directly affected by the water warming and the consequent changes in its acidity. But the people we interviewed didn’t dwell on climate change. They talked more about the many practical concerns that require their daily vigilance: constantly changing regulations, financial instability, the systematic corporatization of the ocean. To me, however, it always felt like climate change was an invisible guest sitting in on the conversations.

Boundless ends with a bunch of questions that are asked often in the fisheries, and in the climate change conversation too:

SO THE QUESTIONS KEEP FLOODING IN.
HOW MUCH CAN WE SPARE OR DESTROY?
HOW MUCH CAN WE PROTECT?
CAN WE NURSE IT BACK TO HEALTH
JUST TO USE IT UP AGAIN?
CAN WE KEEP A FAMILY TOGETHER?
CAN WE PROVIDE?
CAN WE JUST LIVE WITHOUT THE UNCERTAINTY--
THE CONSTANT WORRY THAT MAYBE TODAY,
MAYBE TOMORROW,
THE FISH WILL BE GONE.

THOSE QUESTIONS,
THAT FEAR,
BOUNDLESS.

In the end, the play could only devote a bit of airtime to climate change; the focus was on Cape fishermen and their families, the aim to educate the community about the socio-economic issues they face. It was key that we balance the delivery of depressing information with stories celebrating the grit, humor, and passion that these men and women bring to their work.

Nevertheless, at each performance you could sense climate change in the room with us, omnipresent, in the ether. The feeling was not surprising, as the play centers around an industry that deals with constant change, in demand and resources and in the restrictions that are involved. The audience seemed to feel that tension and always audibly gasped at this particular revelation: "fishermen in the United States catch enough healthy nutritious seafood to feed all of us domestically, yet over 90 percent of our seafood is imported. The average distance traveled by the fish from dock to plate in the United States is 5,500 miles and that’s longer than Key West to Alaska." There is often an assumption when people visit a coastal community that the fish on your plate came straight from the dock; that's true for some of it, of course, but not all. And how far fish travels is certainly directly part of the conversation about climate change and sustainability. Discussion at our talkbacks would often turn to the current efforts of local fishermen to promote abundant local species like dogfish and skate. So the ghostly presence of climate change at our performances seems symptomatic of the issue in the world, particularly in our new Trumpian paradigm. In this dystopian landscape there are so many fires to fight: the revived threat of nuclear war, the ongoing debate about the essential nature of democracy, the Orwellian irony—and ridiculous waste of time—in having to reassert that climate change even exists.

It’s hard to keep climate change, and its quiet creep over space and time, at the forefront of our minds. But it is always there, of course, inexorable as a terminal illness in a patient unwilling or unable to seek treatment—certainly big and bigly certain.