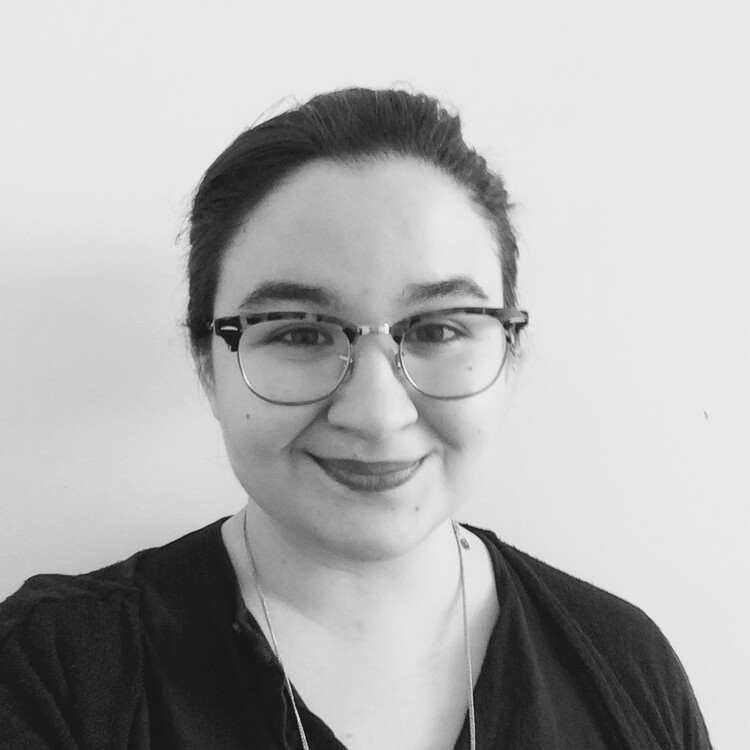 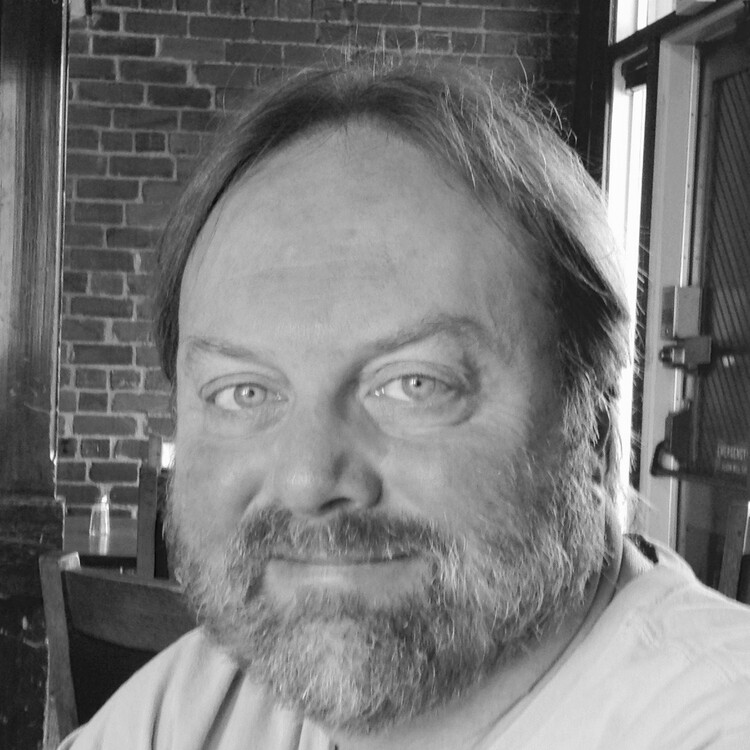 This is the third installment of Isabella D’Esposito’s Myths and MFAs series, in which she interviews the heads of MFA writing programs in order to demystify the grad school experience for potential candidates.

Jon Klein is the head of the MFA program at the Catholic University of America in Washington, DC, which offers full tuition fellowships to its students.

Izzi D’Esposito: Hey Jon! Can you give me an overview of the MFA playwriting program at Catholic University of America, and what makes it special?
Jon Klein:I’ve been there ten years and I’ve made a lot of changes over that time. When I came in it was a greatly reduced program and the students did not have access to scholarship money. That was the situation I inherited. But I was quickly able to have success with my students, who started getting national attention for their work. And because that started to happen, the university took notice and rewarded me and the program with scholarship money. I’m very grateful for that because I think it’s very unfortunate that students get themselves into deep debt to prepare themselves for a profession where regular income will be uncertain.

I once interviewed for a teaching position in the nineties, at a well-known large state college. The Dean of Arts and Sciences looked at my resume and said he didn't understand why I was applying at all, since I was regularly getting my plays produced (true at the time). Why did I even need the job? I told him that like it or not, the most successful playwright alive couldn't make a living on play productions alone. In that case, he countered, how could he be able to tell parents and students that their high tuition payments would guarantee profitable work after graduation? "You can't," I replied. I went on to explain my remark: that young playwrights love dramatic writing, much like poets love poetry—without much expectation of financial reward. But he had stopped listening after my initial response. Needless to say, I didn't get that job.

The CUA MFA Playwriting program is now a three-year full time program in which I am able to offer selected students full tuition fellowships. So I’m very happy about that—that helps me sleep at night. And it has been really rewarding for the students and has allowed me to attract students who can compete nationally for awards and productions.

We have a very collaborative emphasis; we’re constantly trying to match up our MFA writers with our MFA directors and actors...We make sure our playwrights don’t feel isolated, that they feel part of a larger community at our school.

Izzi: Do you think there’s an issue with financial counseling in the arts? Specifically in MFA Programs?
Jon:We have a small theatre department so one aspect that’s missing—and we’d love to make the hire if only we had the money—is someone that’s more involved in the business end of doing theatre. Producing, for example. I do try to talk to my students about how they’re going to organize their time, what kind of work do they intend to get after they graduate. One thing I do insist upon is an internship. We’re in DC, which has a lively theatre scene; we have eighty theatres. And one of the requirements for the MFA track in playwriting is a credited internship at one of those theatres.  That has led to actual jobs for a number of our graduates.

In addition, most of the students have part time jobs to help with living expenses, which are not covered by their fellowship. So they’re used to having some work to do while they write. That’s going to be the case for most students after they graduate as well. So they get in the habit of managing their time and finding a job that’s flexible enough for them to do writing at home and continue their work trying to pursue readings and productions.

In our students’ final year, we offer them a fully staged production of their thesis play in our mainstage season. Those are directed and designed by professionals from the DC theatre community. And sometimes that can lead to ongoing relationships with local theatres.

Izzi: Where did you get your MFA? What was that like?
Jon:My MFA is in screenwriting! Before that, I was an established playwright with many productions under my belt.  In all honesty, I’ve never taken a playwriting class in my life (which perhaps raises the question of how essential an MFA is to a professional career).  However, I was starting to teach playwriting and loved doing that, but found it hard to find a permanent job without a terminal degree. So in my late forties, I decided to get a degree in Screenwriting from UCLA.  I was encouraged to enter that program after I adapted one of my own plays for television (T Bone N Weasel, a film on Turner Network).  I raced through the UCLA Screenwriting Program in two years, so my student loan was a bit more manageable.

Izzi: Do you have anything coming up for you? Any projects in the pipeline?
Jon:Yes! The Playwright’s Survival Guide will be published next year by Methuen Bloomsbury in London. It's a book about the life of a playwright—what to expect, and what to be prepared for—that's intended to cover many of the "business" aspects that we’ve discussed.

Izzi: What’s up next for your students?
Jon:They always have a lot happening, so I’ll highlight a few of my students. Lindsay Adams won the 2016 Judith Barlow Prize with her play Her Own Devices. She received a $2500 cash award and a performance of the play at the Women’s Project Theatre in NYC. The evening’s program was hosted by the renowned actor Kathleen Chalfant.

Liz Maestri won the Wichita State University Playwriting Contest, which will result in a production of her play House Beautiful at Wichita State, Kansas.

Finally, recent graduate Tearrance Chisholm received several recognitions this year by the Kennedy Center American Theatre Festival. His play Br’er Cotton was a co-winner of the Lorraine Hansberry Award. His play Bhavi the Avenger won the Rosa Parks Award and was produced by Convergence Theatre in DC.  Tearrance is also one of six national playwrights that were chosen to participate in the Kennedy Center MFA Playwrights Workshop this summer, with his play From Kings. And we just learned that his play Hooded (Being Black for Dummies) will premiere in 2017 at Ari Roth’s new Mosaic Theatre in DC.

Izzi: And finally, do you have any advice for anyone looking at or applying to MFA programs?
Jon: That’s a hard question to answer because everyone has a different situation. I would check out all the programs that are offered, because every program is different. What I have done with my program is an attempt to answer what playwrights need.We provide a full production directed and designed by professionals from around the country who love to work with us. That gives students a little taste of what can happen in a professional production. Also, in a lot of playwriting programs, the playwrights don’t meet any other students. I hope that’s changing. We have a very collaborative emphasis; we’re constantly trying to match up our MFA writers with our MFA directors and actors. Some people form theatre companies based on who they met in grad school, which is so valuable. We make sure our playwrights don’t feel isolated, that they feel part of a larger community at our school. I think that’s generally what people should be working for.

I personally think it’s a good idea to take a year off between college and grad school to get a sense of what it’s like to have a job, and to get some life experience. I think people who go from undergrad straight into our program have more of an adjustment period.

We have a competitive program because we do offer tuition fellowships and the full production. And I’m sure I disappoint some people. But sometimes people get in on the second time, or the third. It all depends on the pool of applicants. And the chosen candidates almost always exceed my expectations!

The application information for Catholic University of America’s MFA Playwriting program is available here. A writing sample is required and more may be asked for during the application process.

I'm a local author (MD) looking into new ways to imagine my stories.

I'm a local author (MD) looking into new ways to imagine my stories. I successfully staged a play for a local festival and have been bitten by the bug. I've gone to the application and reviewed it. It suggests that applicants give you a call. Expect one from me.

I can't wait to read your new book, Jon. When will it reach stores in the U.S. and Canada?

Thanks for asking, Brad! The best I can tell you is sometime in the early part of 2017. Writing the second draft now!

Having taught in the grad and undergrad programs at CUA in the nineties, I remember a real sense of antagonism between the drama program and the administration to the point that a Master's Thesis production of Kushner's "Angels in America" was moved off-campus (Thanks to Arena Stage for playing host) because it "promoted a homosexual life-style." Have those conflicts been resolved?

Your memory is accurate, Jane. That incident occurred about 20 years ago, way before my arrival at CUA. But yes, I do believe attitudes in the CUA administration have changed, based on some of the plays we've produced without interference during the last 10 years: "The Laramie Project", "A Perfect Ganesh" by Terrence McNally, and She Said/She Said (a playwriting thesis regarding a lesbian couple, by Rebecca Welper) are a few that immediately come to mind. And several more with openly gay characters. Good question, and thanks for asking!

Wow! Awesome article. I wish my husband had known about this program a few years ago. He just graduated with his MFA in playwriting. There wasn't very much support from the university so loans-r-us. Also it's been a few years since a playwriting student's play was fully produced. At least he can say he's had a couple of readings. It's been a hard road. He's won a local fellowship and finally it looks like some things may be opening up but you're right. Along with trying to get his play voice heard, he's trying to find gainful employment that will provide flexibility to write and also some creative satisfaction.

Thanks, Pamela. We try our best to alleviate the hardship by providing a few full fellowships. And I do think full productions are very important for students. That's a big advantage to a slightly smaller department like ours. All the best to your husband and his own writing. It's important that playwrights support each other!