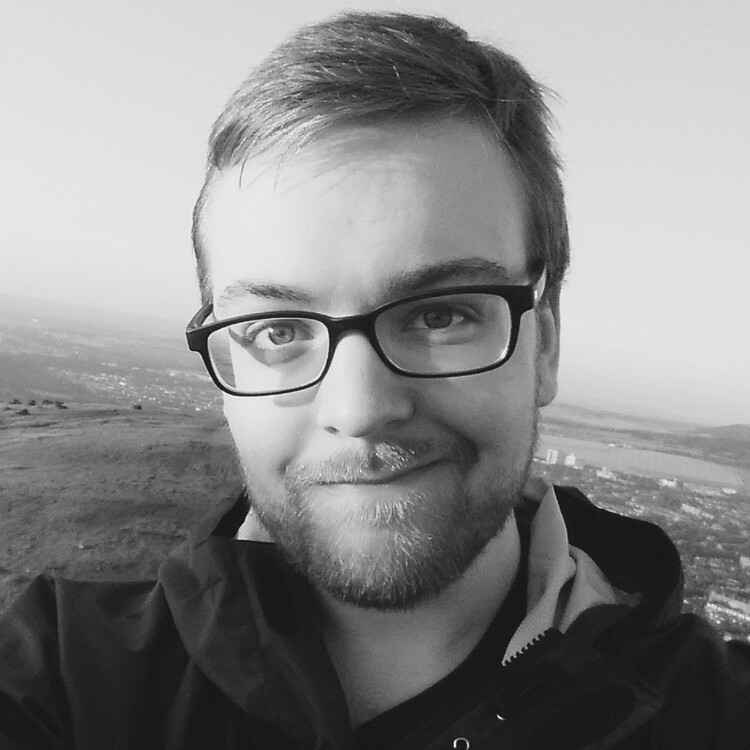 a Foreign and Familiar Vision

Some works of art are political due to the issues of class disparity, gender bias, or racial discrimination that they explore. Other works are politicized by broader developments in the world around them. Natasha’s Dream, presented in a brief three-show run at the Mosesian Center for the Arts as a co-production by Arlekin Players and New Repertory Theatre, falls into both categories—the former by intention of the playwright, Yaroslava Pulinovich, and the latter by unpredictably shifting global forces. True, anti-immigrant sentiment has long run deep throughout the American right wing; that’s hardly a surprise. But an unanticipated blaze of anti-Russia sentiment, ignited by suspicion of Russian interference in the 2016 presidential election, has turned many American liberals into burgeoning Cold Warriors. As a theatre company founded by Russian immigrants, these developments leave Arlekin Players in something of a strange predicament. An American in the audience for Natasha’s Dream is likely to have strong feelings about the show before it even begins.

While some American audiences in the current political climate might be tempted to turn up their noses at a modern Russian play, it would be a mistake to do so.

Of course, it might be in times of political strife and uncertainty that mutual understanding through cultural exchange becomes most essential. Described by John Freedman, translator of the English version of the play, as “one of the most resonant texts to have emerged in Russia over the last two or three years,” Natasha’s Dream is a distinctly Russian work. It’s a one-woman show about a Russian teenager’s life in an orphanage, a concept that in and of itself feels foreign; to most Americans, the word “orphanage” conjures up images of Dickensian London rather than anything relevant to modern life. Though such cultural differences might initially distance American audiences from Natasha’s troubles, they’re sure to be drawn back in by the electric pulse of longing that the protagonist, and the show as a whole, can’t help but exude.

“Natasha, what is your dream?” Those five simple words open a floodgate of hope and affection in Natasha. After drunkenly falling out of a third-story window at an orphanage party, Natasha tells us, she was recovering in the hospital when she was visited out of the blue by a handsome young journalist named Valery. Once he’d asked her what caused the accident, he inquired about her hopes for the future. As a poor orphan girl with seemingly no future, she’d never been asked that question before. Natasha, stunned by Valery’s concern and kindness, falls hard for him. The two grow closer, despite the interference of flaky friends and overbearing orphanage supervisors, but Natasha can’t help but wonder whether her new companion feels as passionately for her as she does for him.

Even those who can’t relate to Natasha’s poverty or her status as a social outcast can surely understand her deep and unrequited affection. The love story at the center of the piece provides a crucial counterweight to its less approachable elements in the form of a story that just about anyone can be won over by. Though Darya Denisova performs the piece in English, her Russian accent is fairly thick, and every so often (at least, for this untrained listener) individual words or details came across as muddled or unclear. Still, Denisova’s boundless energy and the emotional clarity of both the piece and her performance made the narrative thread of Natasha’s Dream easy enough to follow. The experience was akin to seeing a great production of a Shakespeare play without reading the text or knowing the plot beforehand. To pick up on every detail or flourish of language is impossible, but the basic progression of events and emotions is unmistakable to even a neophyte.

Though Denisova is the only person on stage throughout Natasha’s Dream, it wouldn’t be exactly true to say she performs the piece by herself. Images and video clips are projected on the scenery behind her throughout the play, providing a generous helping of visual pop. Whenever Mrs. Stepanov, one of Natasha’s most hated supervisors, comes up in the play, for instance, the backdrop is filled with video footage of a sickly white face with masticating crimson lips. In one particularly fanciful moment, images of projected silhouettes and colors turn the stage into the set of a pop video, with Natasha giving her own spirited (if clunky) rendition of Britney Spears’s “...Baby One More Time.” Occasionally, though, the projections become less coherent, such as when Natasha’s best friend Sveta is depicted, for some opaque reason, as a giant cartoon fish. Even if the imagery in question seems nonsensical from time to time, director Igor Golyak is largely successful at using projections to augment the show without making them flashy enough to upstage Denisova’s performance.

Not only is Denisova commanding and tender as Natasha, but her performance meshes with the themes present in the script in a way that casts them in an entirely new light. Take, for instance, any moment where Natasha reminisces about her mother. It’s clear that their home life was never easy; Natasha’s mother was a prostitute, and even before she was beaten to death by her vicious pimp she was often absent from home in a way that deeply affected Natasha. But even more revelatory than the basic facts laid out about Natasha’s mother in the text is the way in which Denisova chooses to speak about her. She discusses her mother’s murder in a way that’s matter-of-fact, almost nonchalant. It may be a shocking, grisly crime for us to imagine, but for Natasha, it’s simply a fact of life. Denisova muses far more longingly about the time Natasha’s mother sent her a letter while away from home. The audience can sense right away that this act of love made an indelible impression on her. These subtle acting decisions allow us to realize how alike we are to Natasha as well as how different poverty has made her living circumstances from ours.

The ending of Natasha’s Dream, in which we find out that our heroine has been sent to prison for leading several of the orphanage girls to attack Valery’s girlfriend, sending her into a coma, is chilling for several reasons. True, the attentive audience member probably realized that Natasha’s hopes for her love to be reciprocated would end in catastrophe. But what’s surprising and chilling about the way the play ends is the lack of remorse Natasha shows for her role in the brutal attack. The girl in question, she says, is rich, able to afford things like fine clothes and top-notch medical care. Whether or not Natasha’s lack of compassion for the girl is warranted, her nonchalant attitude about the beating is a sure sign of simmering class resentment that, Pulinovich seems to say, must be understood and addressed before it’s too late. Natasha’s actions state loud and clear that if the poor in Russia are treated as less than human, they will strike out against their oppressors in inhuman ways.

While some American audiences in the current political climate might be tempted to turn up their noses at a modern Russian play, it would be a mistake to do so. An English production of Natasha’s Dream gives Americans the chance to better understand a culture that, like it or not, they have to share the planet with. In addition, as class issues begin to re-emerge as a major part of the American political discourse, the play’s unsettling message on the topic proves to be well worth listening to. Though this New Rep-Arlekin Players co-production of Natasha’s Dream only lasted for three shows, those who took advantage of this brief window of opportunity and gazed in on the potential of current Russian theatre saw something worth getting excited about. The promotion of broader cultural understanding should be a priority for all who work in the arts, and in achieving that goal Natasha’s Dream is an unequivocal success.