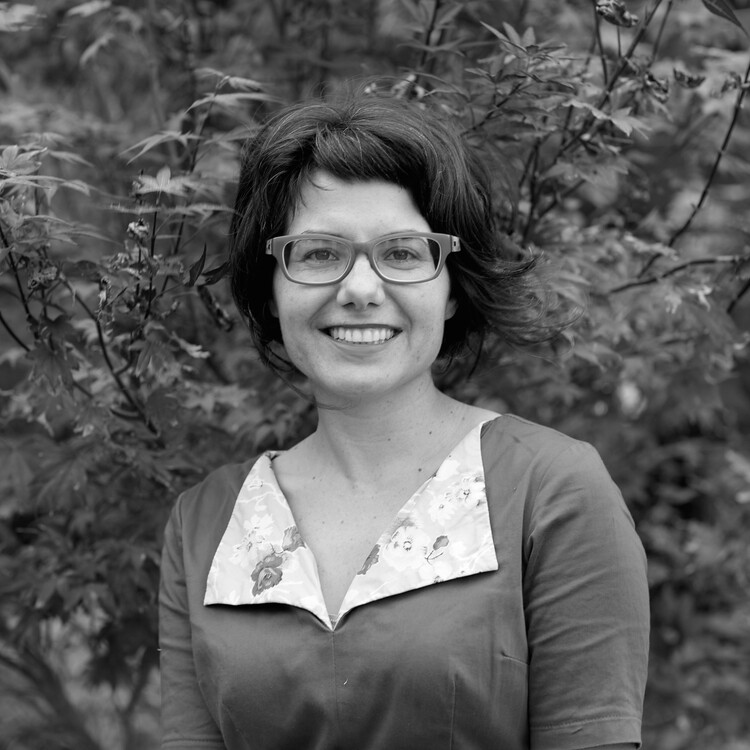 Tanja
Beer
Theatre in the Age of Climate Change

The Nature of Positive

This week on HowlRound, we are exploring Theatre in the Age of Climate Change. How does our work reflect on, and respond to, the challenges brought on by a warming climate? How can we participate in the global conversation about what the future should look like, and do so in a way that is both inspiring and artistically rewarding? I met Australian scenic designer Tanja Beer at the York University conference Staging Sustainability: People, Planet, Profit, Performance in 2014. I asked her to tell us about The Living Stage project. —Chantal Bilodeau

Climate change. Oil spills. Plastic islands. Deforestation. They await us every day in the information age. Images of violent storms and deadly droughts appear nightly on our news screens, and flicker past on our Facebook and Twitter feeds. Designed as a call to arms, a figurative stick to whip us into action, all too often this tsunami of information does the opposite. As the mental scar tissue grows over, we wonder what on earth we can do under the colossal weight of the problem. Perversely, we can easily find ourselves debilitated by the very thing that is intended to propel us forward.

Now, don’t get me wrong—with the scale of environmental concerns confronting us, we need the reality check. But we also need to be empowered. We need a vision of the future that acknowledges the challenges and constraints, but focuses on the opportunities for change and strives for positive legacies. We need a vision that reignites the passion and gives us hope.

As a stage designer investigating ecological design for performance, it is the very idea of contributing to the world that motivates and inspires me. I want to do more than recycle a set here or a costume there. Instead, my focus is on the potential of creativity as a resource for sustainable practice—on how the impacts on our environment might be seen as opportunities rather than constraints. Recycling and efficiency are at the core of sustainable design, but I want to explore a more hopeful paradigm. One that asks, “Can we create designs that not only enrich our audience, but our community and environment as well?”

In 2012, I used this question as a starting point to test new ideas around sustainability for the performing arts, via the 2013 Castlemaine State Festival in Victoria, Australia. Under the title The Living Stage, our project combined stage design, permaculture, and community engagement to create a recyclable, biodegradable, and edible performance space. Part experiment, part theatre, part garden and part food growing demonstration, The Living Stage featured portable garden beds, each culturing edible plants. The structure was created by the rural community of Castlemaine, guided by local permaculturalists Hamish MacCallum and Sas Allardice, with me as stage designer and project leader. It acted as both a venue and inspiration for a number of local performance groups, whose task was to create experimental works that drew on the concept of regeneration and interact with the unique design that surrounded them.

The aim of the collaborative and hands-on nature of The Living Stage was to encourage people to take action in building thriving and resilient communities, and to demonstrate to our audiences that a sustainable future is not only possible, but also an incredibly exciting prospect. We sought design processes that were capable of creating “positive legacies” for both the community and the environment. The Living Stage connected local people to living processes through permaculture, collective practice, celebration, and performance. At the end of the festival, the community consumed The Living Stage; its physical structures became their garden beds, its plants became their food, and its waste became their compost.

As a scenic designer investigating ecological design for performance, it is the very idea of contributing to the world that motivates and inspires me. Can we create designs that not only enrich our audience, but our community and environment as well?

Almost two years after we planted the first seeds of The Living Stage, there is still an abundance of collective activities around food growing in Castlemaine. After the festival, the portable garden beds were donated to local community groups to facilitate food growing projects in otherwise underutilized spaces. The town’s edible gardens have continued to flourish, growing in size and productivity, helping to nurture local food systems, funding opportunities and connections—a testament to the local community who has continued to extend and surpass the legacy of The Living Stage far beyond the structure itself.

The Living Stage was a steep learning curve in designing with nature. As the project progressed, I became acutely aware of the need to work in synchronicity with nature’s processes. Integral to this understanding was the (sometimes harsh) realization that nature could not be negotiated with, hurried, or slowed down. Instead, I had to find ways to adapt my design to local conditions and unreliable sources, such as extreme climatic conditions or nutrient-poor soil. While this seemed tedious at first, it soon became one of the most exciting aspects of the project. Working in tune with living systems allowed me to become more in touch with the local ecology and climate; to experience the environment not as something to tame or control, but rather as an extension of myself. Plants have a way of bringing us—if you’ll pardon the pun—back down to earth. By growing things I learned to slow down, to test the moisture of the soil, welcome the presence of bees, and rejoice in the promise of rain.

Since making its debut at the 2013 Castlemaine State Festival, The Living Stage concept has travelled to Cardiff (UK) as the Trans-Plantable Living Room, and continues to generate interest and inspire other projects around the world, like in Allegheny, PA, and in Glasgow, Scotland. New creative teams have emerged, taking local ecological ideas to engage communities and create positive legacies. Each project is unique, but they share clear commonalities: the celebration of multisensory elements, effective and multi-level engagement with audiences, and a legacy that exceeds the celebration of the project through performance.

The Living Stage seeks to demonstrate the potential of reframing sustainability as a creative process, which is capable of generating positive and far-reaching rewards. The concept of positive legacies centers on the idea that we are not only responsible for the consequences of our actions, but also for the general health and well-being of the environment of which we are part of. Climate change has reminded us of the fragility of nature, and what we stand to lose if we disconnect from the environment that nurtures and supports us. It has also provided us with the opportunity to embark on a new course—to reimagine and cultivate stronger relationships with communities, ecosystems, and our future. Collectively, we can make it happen. And what an inspiring journey it will be.

Hi Greg, thanks so much for reading and commenting. All the best for your work too :)

Hi Greg, thanks so much for reading and commenting. All the best for your work too :)

Tanja, thank you so much for this article and for the work you are doing. Best of luck with everything, and please keep sharing!

Thanks for your inspiring work and words! As a theatre-maker trying to address the changing planet in the way I live and work, I am always seeking hope. Your work, and the framework of thoughtfulness and intention you give it, lifts me up!

Thank you Brianna for your lovely response to the article. Yes! I'm always seeking hope too...it's the only way I know how to move forward. Wonderful to hear that you are addressing these ideas in your own work too...This topic is huge and often overwhelming but every bit helps....if we all do a little, it does start to add up....little ripples for change.

Tanja, this is such an inspiring article. What an amazing work you made out of nutrient-poor soil and extreme conditions! If you ever get out to the California Shakespeare Theater, where I am dramaturg, I'd love to show you the living roof! It's wonderful. (I'm not responsible for it - just an admirer)

Thanks so much Philippa for your kind words! How wonderful that you have a living roof at the theatre where you work. If I am ever in California, I would love to come and visit.