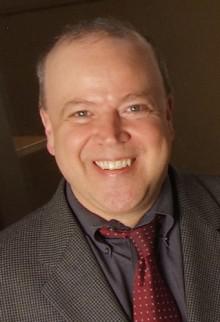 I’ve been eavesdropping on the conversation regarding the unsatisfactory numbers of plays by women on our stages, and corollary discussions about the relative balance of women directors and artists of color in various capacities. Though a longstanding nationwide (all right, worldwide) issue, the first session of the Summit, hosted by Arena Stage and moderated by Washington Post drama critic Peter Marks, localized the problem for those of us in the DC metro orbit, and the subsequent conversations have brought an impressive demand for specificity to the table.

As a former fellow-traveler, albeit on a somewhat smaller scale than the summiteers, all of this got me thinking: For the twenty two years of Theater of the First Amendment’s producing life as the resident professional company of George Mason University, how did we do?

TFA was a small company with big ambitions, focused on new plays and rediscovered/rethought classics, doing most of its work in a 160-seat black box space in the basement of an academic building on Mason’s Fairfax campus. The university was, for a long time, a generous patron, allowing us to work with outstanding artists in an environment where expectations of box-office returns were a relatively small factor in the annual budget and planning exercise.

For the most part we tried to frame the season planning process at TFA around a few basic questions: What plays did we love? Which artists did we want to work with? What was happening in the world that we could, by making theater, engage with and maybe help figure out? What would be good for our students to see and participate in? What could we afford?

Each of these criteria was allowed to bubble up as a top priority depending on the situation, reflecting too the quality of the artistic staff’s advocacy (the core group varied in gender makeup over the years but was nearly always heterogeneous) who doubled as faculty members in the theater program. Our motto for a long time was “We entertain ideas” and we continued to whisper that in the hallways even after its formal retirement from our public materials.

I can say with perfect fidelity (and a desire for an occasional do-over) that our explicit awareness of gender equity issues and ethnic diversity in the American theater was greater than zero but less than what would seem today to be the gold standard. I cannot now recall a specific conversation about choosing a play based on the gender of the playwright, or hiring a director for that reason. I do recall some very substantive conversations about race in America occasioned by specific productions and proposals, but not so much (not often enough perhaps) the other way around.

So how did we do in real life, playing out the programming criteria and process outlined above?

Of forty six mainstage productions, twenty five (54 percent) were written, co-written, or co-conceived by women. Their names will be familiar to some: Heather McDonald (who also served for a time as co-artistic director), Mary Hall Surface, Karen Zacarías, Sherry Kramer, Anna Theresa Cascio, Jennifer Nelson, and Constance Congdon, among others.  Twenty (43 percent) were directed by women. Nine (19 percent) were written, co-written, or co-conceived by artists of color, a finding that I admit surprised and disappointed me in view of the huge artistic and social impact of Dianne McIntyre’s work on our theater, with collaborators ranging from OyamO to Olu Dara.  Immodesty compels a recitation of the 38 Helen Hayes Award nominations and 12 awards, including several of the “big ones” like Outstanding Resident Production and Charles MacArthur Award for Outstanding New Play, along with many subsequent productions and publications (I don’t have a breakdown for all of the above, but Heather, Mary Hall, Dianne, and Karen account for a lot of them).

I raise these statistical ghosts both to contribute a glimmer of a positive counter-narrative to the conversation and gently to challenge the notion of “pipeline” issues...

Of the 27 professional developmental workshops in the First Light program, 16 (59 percent) were plays by women. On a side note, relating to a different but equally lively discussion in the field, eleven (40 percent) went on to full production by TFA, and several more at other companies.

I raise these statistical ghosts both to contribute a glimmer of a positive counter-narrative to the conversation and gently to challenge the notion of “pipeline” issues or other supply-side explanations for the lack of broader representation on American stages. In our admittedly limited experience—even 22 years of TFA production yields a fairly small sample—good plays about good things, plays by wonderful artists of every kind, plays worth producing at a professional level, are out there.

I am in no position to recommend our matrix of season planning considerations to any of my erstwhile colleagues; they are still producing, we are not.  But I would like to suggest that without an explicit agenda, but by committing to artists over time, by trying to see our society and our theater whole, by being sincerely curious about and open to the best work, it is possible to succeed in balance without really trying.

verity healey describes the power and significance of independent theatre in Türkiye by sharing her experience at the theatre festival, TheatreIST.