Postcards from India, no. 1

A series of four postcards from a theater-maker’s seventeen day journey in India that explores the idea of theater as a point of global encounters and collisions between different cultures. This four-part blog series explores the country’s growing global presence, its cultural Americanization and what this knowledge might mean for theater on East West connections in the twenty-first century.

In preparation for my NET/TEN ensemble collaboration travel grant I have spent the last two weeks talking to call center employees in India, however not by choice. To grease the wheels for the future collaboration between the HartBeat Ensemble and the Indian Ensemble, I had to first resolve the issue of a botched visa application. With my physical application sitting in NYC, the only people I could talk to were in India. For two weeks, about three times a day, I spoke to "Lauren," "Tom," and "Duke"—all English speaking Indians, attempting an American accent to go with their assigned Anglo names. Each time I spoke to "Kristin," from the outsourced and off-shore visa services call center, she reassured me. "Not to worry sir, your problem will be resolved within twenty-four hours." Over the course of my calls, my case was moved from "priority" to "urgent" to "superior" status. I felt lucky to have this experience, as I was traveling to India to investigate our countries’ interconnected markets and cultures, but, at the same time, I wanted to smash my phone in frustration.

I never got a call back and nothing was straightened out, so thirty-six hours before my flight to Bangalore, I was sitting in Manhattan at the Indian Consulate next to a young Indian woman, who offered sage advice, "In a country with 1.2 billion people, if you don't know someone who knows someone, you begin pretty far in the back of the line." Knowing no one who could pull any strings and being over 8000 miles from where I was trying to get to, I relied on my creative background and scrappy artist skills. I called the Consulate’s cultural arm and described my nightmare. I then explained that I was essential to an international collaboration that had been planned for months and was time sensitive (true, but nowhere near as important as I made it sound). To make a long story short, I got to “know someone” in a short period of time and within six anxiety filled hours I was able to walk out of the Consulate with my visa. Lessons learned: apply for your visa way in advance; off-shoring, although financially beneficial for profit margins, is way inefficient.

Embarking on the first of three flights, I sat pondering our interconnected globe. A world in which I can call a 1-800 number in Connecticut and someone picks up in Bangalore (albeit they are nine and a half hours away, working in the middle of the night). The speed and ease of air travel makes the trip to Bangalore about a twenty six hour undertaking. In the last leg of the trip, I sat next to a man who was returning home from a work trip in the US, one of Hewlett Packard’s 331,800 employees worldwide. Speaking to him, I learned more about Bangalore’s reputation as the “Silicon Valley of the East.” Call centers are now old news, relics of the past. India is doing much more advanced computer engineering than running simple call centers. That night, arriving at three in the morning and driving towards the home of Abhishek Majumdar, artistic director of the Indian Ensemble. I saw monster buildings, billboards and tech parks boasting all the big Fortune 500 names; Dell, IBM, Accenture, Wipro, Sysco, and so many more. In the last ten years, Bangalore’s population has grown from 6.2 million to 9.5 million, with no signs of slowing down. 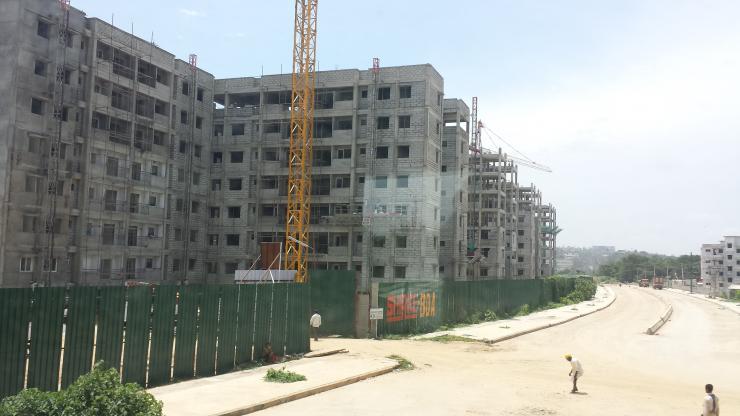 The effects of this rapid growth are seen everywhere throughout the city. I was hopeful about India’s development. I imagined I was traveling to a country in which I would see smart growth and the benefits of the rise of multinational corporations. I was hoping to encounter a global story that could be turned into a tremendous play about a greener, smarter global future. But, yet again, my imagination did not match reality. Bangalore, with its patchily constructed roads, few street signs, crowded streets and diesel fumes, is a city that seems to have no sense of planning or environmental forethought. If my journey won’t be able to tell a story about the wonderful triumphs of globalization, what will it tell? 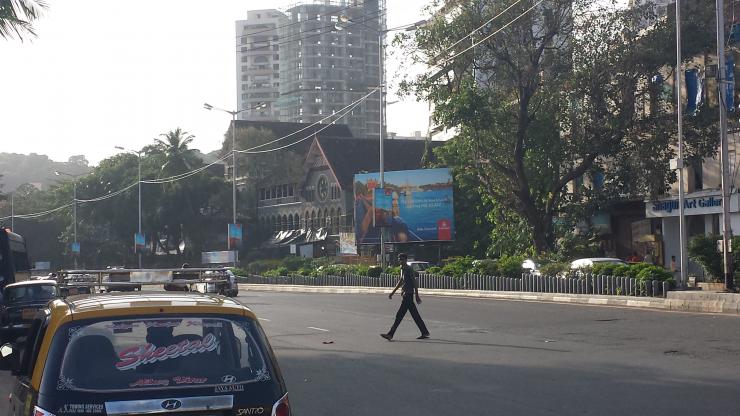 After meeting at the Lincoln Center Directors Lab, Abhishek and I committed to an ensemble-to-ensemble partnership to create a theatrical presentation that would investigate and show connections between our closely tied and vastly separate communities. We asked questions such as: How to craft a plot about a laid-off American IT worker in her mid–fifties, now too old to be rehired in her field, who had to sell her house and move into a trailer park, and the three Indian IT workers who replaced her? Who benefits when it is cheaper for the American company to have three Indian employees than one in America? How do our cultural differences play out in an ever-tightening global community? What does it mean when ten dollars a day gets an Indian into the middle class, while the American equivalent is fifty to one-hundred dollars a day? According to a New York Times report, one quarter of India’s 1.2 billion people are leading middle class lives; a number roughly equivalent to the entire American population.

What does it mean when ten dollars a day gets an Indian into the middle class, while the American equivalent is fifty to one-hundred dollars a day? 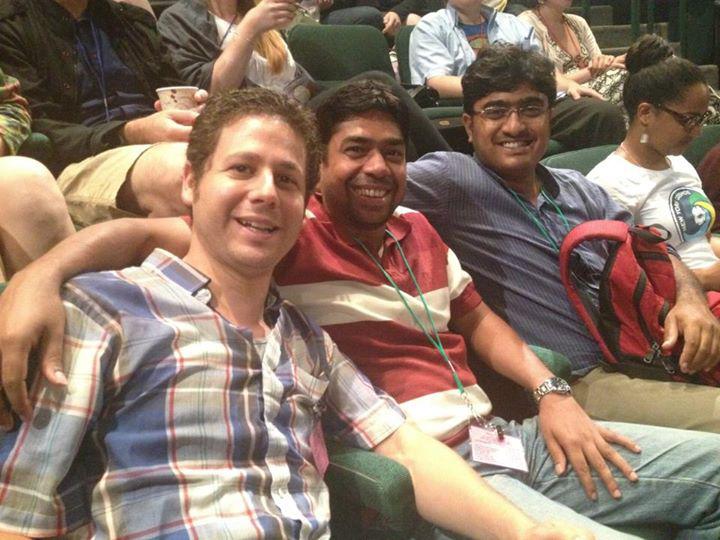 I spent the next two weeks with the Indian Ensemble, interviewing as many people as I could to find out about a rapidly changing, densely populated country, forcefully emerging onto the global market. As the series progresses, I will explore the exploding growth of “Silicon Valley East,” and what’s happening in the contemporary theater scene in India, not to mention its great range of social classes and urban centers—from the neo-middle and upper middle class gated luxury apartments, a copy of what the imagined “ideal” American life is (check out Palm Meadows), to working class and poor neighborhoods. Is India creating a new dream, embracing a new vision for the emerging middle class? If so what is this dream of India’s next generation? The answers to these questions may well hold the key to new theatrical interpretations of both our countries.