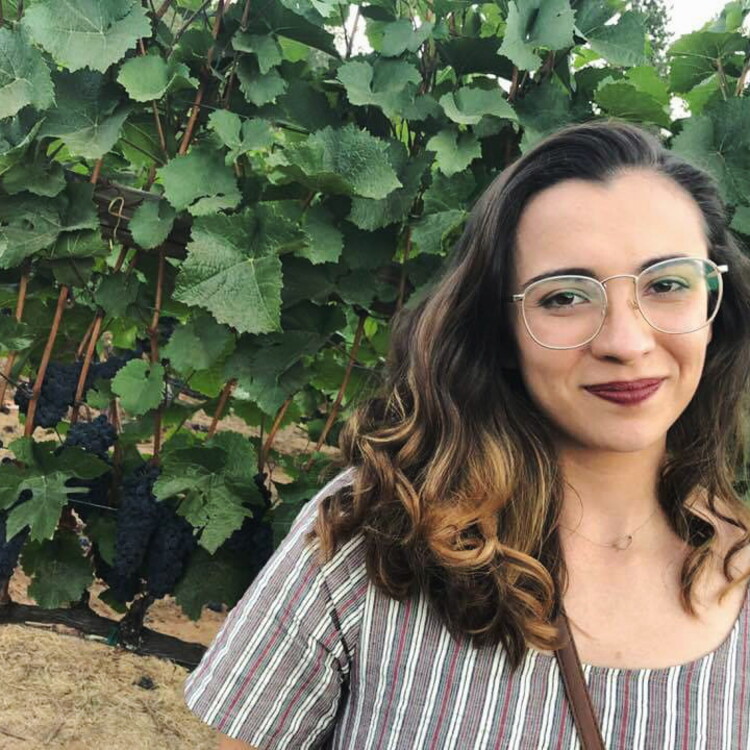 In our Western cultural narrative of artmaking, the critic and the creator are set across the table from each other, situationally poised enemies. Our Tabithas, à la Birdman, and Anton Egos, à la Ratatouille, are manifestations of an ongoing cultural narrative that paints the critic as inept, prejudiced, and bitter. At best, critics are unsympathetic; at worst, actively antagonistic to our artistic hero’s journey.

Despite this universally cruel portrait of their writers, reviews are an essential and often overlooked part of the American theatremaking ecosystem. They attempt to gauge a show’s success and reflect a production’s strengths and pitfalls back to the creative team. Glowing reviews certainly bolster the success of individual productions, and they connect audience members to plays, writers, librettists, and performers. But a review can also shutter doors early, as many artists know well. A show deemed unsuccessful with panned, ho-hum reviews can limit its longevity and future production prospects.

The last decade has seen sustained interest and movements committed to breaking down barriers in the artistic production arena. Equity, diversity, and inclusion programs have appeared in operations and mission statements of theatres nationwide; many theatres have accepted the challenge of the JUBILEE, which encourages American theatres to commit to producing work by “women, people of color, artists of varied physical and cognitive ability, and/or LGBTQIA artists” in their 2020–21 seasons (and beyond!); and there has been ample conversation around inclusion in the arts and how to make theatre a welcoming space for all. Despite these strides toward greater equity, there remains significant gatekeeping in arts journalism and, as a result, the role of the critic in the creation and perpetuation of theatre has remained relatively uninterrogated.

Over the past few years, as artists have been bringing to the stage more and more LGBTQ+-centered stories, there has been an epidemic of misgendering in reviews of shows with queer themes and characters, at all levels of arts coverage. And while backlash against individual reviews that disrespect or misgender trans characters is warranted and necessary, these singular reactions do not address the problem’s ongoing nature. The more troubling pattern currently manifesting in arts journalism is a failure to approach queer stories with respect or empathy for the people creating these queer stories and living queer lives.

The role of the critic in the creation and perpetuation of theatre has remained relatively uninterrogated.

In the News: Maybe Burke and safeword

Early in the summer of 2019, actor and activist Maybe Burke performed in the production of safeword by s. asher gelman, performed at the American Theatre of Actors. Also a consultant on the script, nonbinary actor Burke was excited to bring to life the story of the nonbinary character Chris, whose narrative did not center on explaining their identity or queerness.

The day after opening, as they watched reviews roll in, Burke was devastated to find that every single review of the show had misgendered them. One even went so far as to describe them as “a man in a dress”—a deeply invalidating and transphobic phrase.

“It’s no mistake that I’m being called a man the same year that Tootsie is playing on Broadway,” Burke explained. David Yazbek and Robert Horn’s Tony Award–winning musical adaptation of the 1982 film, which announced a national tour in the United States and plans for international productions this spring, hinges on the supposed inherent hilarity of a man donning a dress.

“How many times have you seen a ‘man in women’s dress’ on stage?” Burke asked. “Kinky Boots. La Cage. Hedwig. Priscilla, Queen of the Desert. Hairspray. Chicago. Matilda. Tootsie. The list goes on. Trans femmes are set up for failure in an industry that still produces shows with men dressed ‘as women’ for laughs. It shouldn’t have to be on me to have to explain myself to the world over and over again.” 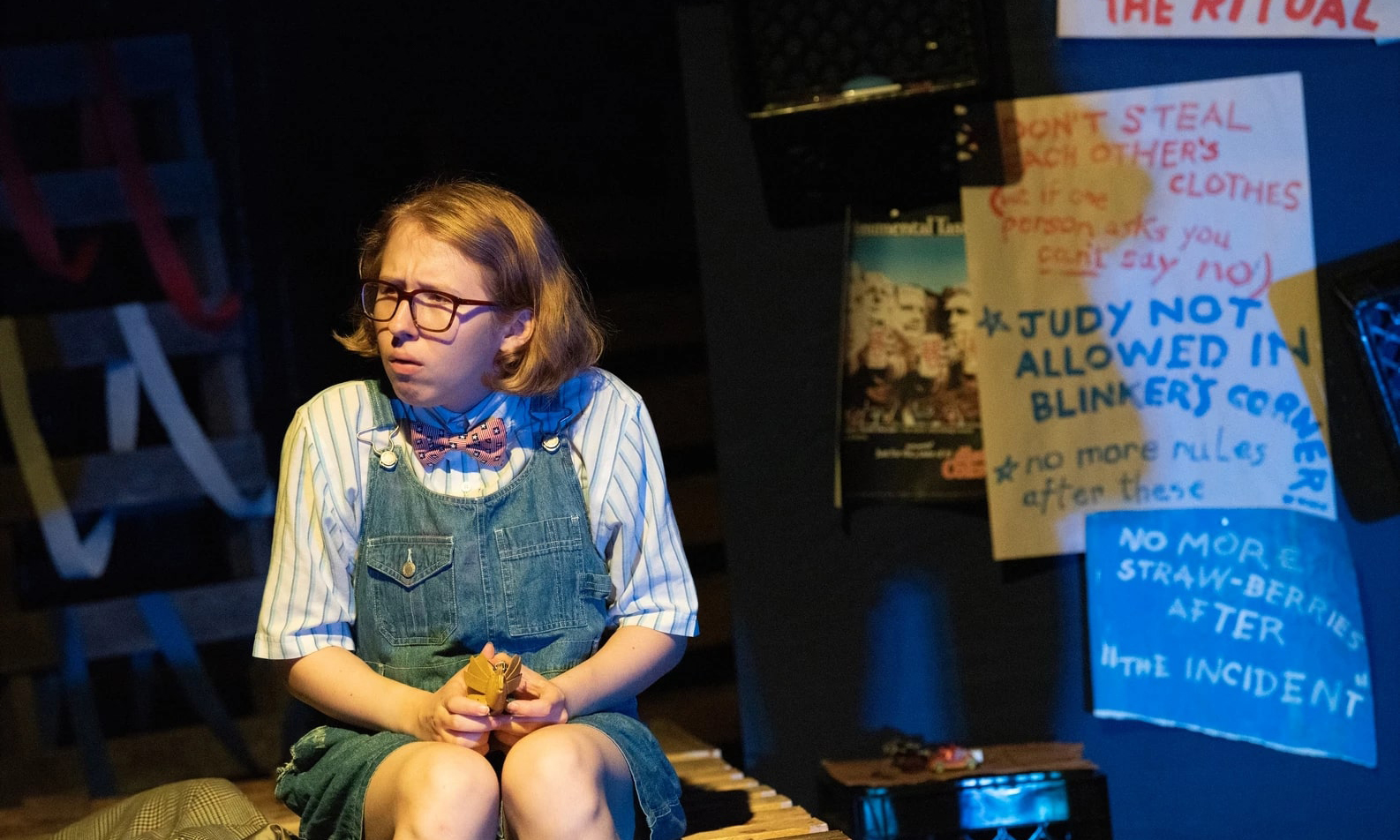 Actor Candace Hudert in Judy Doomed Us All at the New Ohio Theatre. Photo by Valerie Terranova.

Rising Up and Speaking Out

In the months since safeword’s opening night, Burke has extensively spoken—both on social media and in a recently published feature in Playbill—about the pain of being misgendered in reviews. They advocated for increased trans allyship in both reviewing and theatremaking communities.

Several leaders in New York City’s queer theatre community penned a response letter that underscored their collective support for Burke, outlined the harm done, and solicited apologies from the show’s reviewers, writing: “We support the rights of all people to live and work in the arts without being subjected to injury from unmindful critics.” They invited critics to join them in “creating equitable, honorable, and safe spaces for transgender artists.”

One cosigner of the letter was Mika Kauffman, nonbinary/transmasc theatremaker and safeword associate director. After reading show reviews, Kauffman had reached out to several critics in an attempt to correct the misgendering mistakes but was met with defensiveness and fragility. Eventually, all reviews of the show were updated to include the correct pronouns for character Chris and actor Burke, except for one, which was deleted altogether. Few publications acknowledged their mistake at all. “That’s the biggest failure: changing the mistake without any acknowledgement,” Kauffman says. “It’s not like anyone on our team needed an apology, but we absolutely deserved one.”

As they watched reviews roll in, Burke was devastated to find that every single review of the show had misgendered them.

A Plea for Understanding; or Impact > Intent

Misgendering someone doesn’t make a critic a bad person, but reacting defensively or refusing to acknowledge mistakes that have demeaned others or interrogate actions and behaviors that have lead a person to do so are completely unacceptable reactions. We cannot expect the field to be hospitable for new stories featuring queer and trans characters when queer and trans characters and ideas are approached with suspicion rather than openness and curiosity.

According to genderqueer actor Will Wilhelm, the most important qualities for critics are respect and understanding. “If you are a critic, you have decided that you are going to participate in this art form by consuming and re-interpreting art for the public,” they said. “But if I am doing something and you are immediately writing it off or not approaching with a level of openness or understanding, then you are not upholding your end of the bargain.” To them, that means the critic is not interested in the complexity or the future of the field. Wilhelm wants to be evaluated for the work they do, but when the content of the story is more deeply scrutinized than its form it sends a message that the very fact of their queerness is an interruption of the work they do as an artist.

“I don’t think a person who sees a queer show needs to be queer or trans. I think they need to be full of empathy,” agreed Donnie Cianciotto, performer and producer of Trans Voices Cabaret in New York City. He explains that this epidemic of misgendering in criticism is caused not only by the dearth of diversity among those writing about theatre, it’s also because many critics are, for whatever reason, not able to grow in step with a world that is changing, in many ways, quite rapidly. “Right now,” Cianciotto explains, “we are seeing more and more shows that have queer characters or are written by women [that are] reviewed by people who can’t keep up with the rate of change.”

As the culture shifts to producing more diverse stories, critics have an obligation to their readership and to the artists themselves to be able to talk about a variety of different issues and trends in clear and respectful ways. One very clear takeaway is that if critics are to be bridges between artists and potential audiences, the diversity of their human experience should mirror the diversity of the artists on stage. Nonbinary critic Christian Lewis agrees: “It is important to have a varied, diverse set of publications and critics publishing reviews so that that field is not just a single voice saying what ‘good’ theatre is, but a multifaceted conversation.”

We are living in an age where publishing is becoming more concentrated and monopolistic—not necessarily in a moustache-twirling sinister way but because of the current pressures and challenges in journalism and media. With local journalism buckling under financial stress, arts writers and journalists are becoming scarce. The shortage of working critics and the limited funding for local reporting means fewer shows are being covered, and the ones that are tend to be from urban areas by an increasingly limited number of people. Meanwhile, even major publishers like the New York Times are slashing copy staff and cutting corners as print media becomes less and less financially viable. However, these cuts are certainly not responsible for all the egregious commentary and insensitivity that makes it to print; that is a symptom of a bigger problem in publishing that demands the sacrifice of accuracy and diversity of voice for that of survival.

According to Lewis, often both the reviews and the critics who write them are homogenous; the pieces are usually pans or raves and the critics themselves are mostly older, white, cis men. The bottom line is: the composition of the review and the demographic of the critic are in need of diversification and Lewis believes he is part of the process. “We need more queer critics, more critics of color, more female critics, we need nonbinary critics, trans critics, and disabled critics,” he said. “We should not let white cis men continue to have a monopoly over the field of theatre criticism.”

There is no longer a question of whether or not a problem exists in how criticism is currently written, and it needs to be addressed immediately. To diversify the field, we need critics from different backgrounds and critics willing to step up and support new voices and stories. Beyond advocacy, there exist plenty of resources, including workshops, trainings, and organizations, explicitly dedicated to helping artists and writers become more nuanced and perceptive in creating and writing about art. The purpose of these trainings isn’t merely for people to become sensitive to other groups; it is about becoming a more engaged and thoughtful writer better able to amplify engaged and thoughtful work.

That which does not evolve does not survive. And, in the face of the many changes and challenges about how theatre is made and written about, there needs to be a change in our interrogation of how we expect our critics to engage with this work. Pitting creators and critics against each other is not something that allows for inter-industry dialogue or one that will help grow the field. The field of theatre is changing, and criticism needs to keep up.