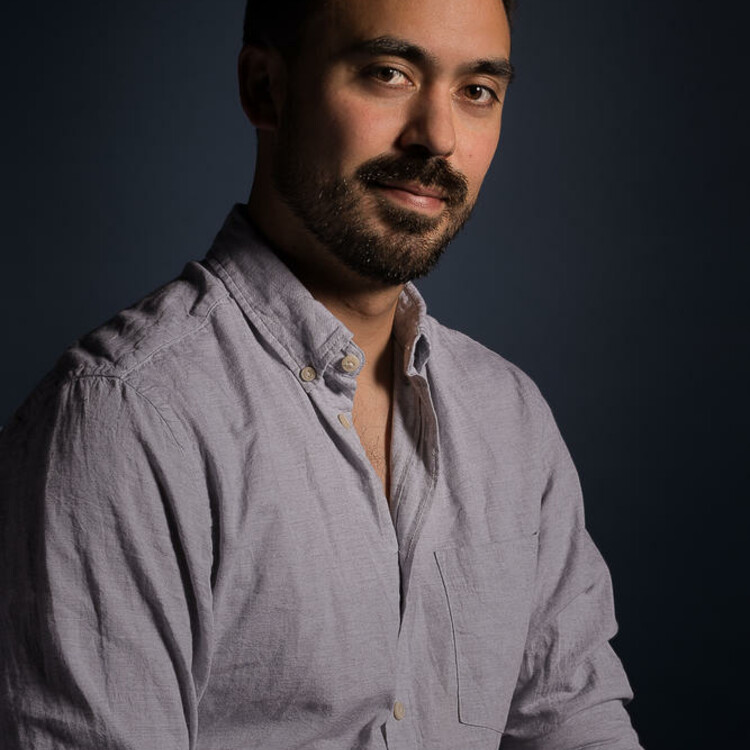 After three years of honing my craft, debating theories about theories, and running in circles within the concrete bunker of artistic incubation that is CalArts’ graduate directing program, the momentum with which I departed shot me 5,863 miles across the globe to Poznań, Poland, for the 2016 Malta Festival. I was attracted to the festival because of its image and tradition as an off-beat, site-specific, radically-leaning all-inclusive arts festival complete with installations, music, and socially-geared group discussions. Every year there is a theme, or “Idiom,” that guides the majority of the curatorial decisions. This year’s theme was “The Paradox of the Spectator,” which sounded right up my grad-school-geared alley. I studied in London and St. Petersburg and had opportunities to see productions ranging from tiny, no budget puppet shows to full West End spectacles, yet, the experience in Poland thoroughly charmed and impressed me on a level I was not expecting. I went expecting a fun time in a strange place, and returned with not only a profound respect for a culture that takes theatre and art so seriously, but also a shocking awareness of the world standing on a very precarious political ledge.

Up until a few days before my flight departed, I was going in completely blind. I had a plane ticket and a hostel booked, and I had a $3 Polish phrasebook. I hadn’t purchased tickets to anything, mostly due to the fact that the online ticketing system for the festival was anything but (English) user-friendly.

I went expecting a fun time in a strange place, and returned with not only a profound respect for a culture that takes theatre and art so seriously, but also a shocking awareness of the world standing on a very precarious political ledge.

And then, a connection that had broken down was reconnected. “I organized tickets for you. Let me know when you get here…,” along with a general itinerary of meetings with artists, fellow guests, shows, and an invitation to join a group of them for a trip to Warsaw to see a production there. Well, OK then…

Whispering terrible Polish to myself in a dark Lufthansa cabin while children scream in my ear.

An airport the size of a Costco with a completely optional customs area and no immigration line.

I barely had time to drop my bag in my sweltering hostel room before I had to run off to my first performance of the week: Drugi Spekatl by Anny Karasinkiej at the Teatr Polski—one of Poznań’s main performance venues. What starts as a clever meta joke on audience behavior tropes slowly dug deeper and deeper into a serious investigation of our relationship to live performance. At one point towards the end of a series of vignettes, the actors stepped into the audience and demand of their fellow performers, “I want to see [insert general topic here].” One of the men got up and said simply, “I want to feel something.” Two actors then got up and perform a brief melodramatic lovers quarrel. This time, however, he remained in the audience. “Nyeh” (“No”). His fellow actors were confused and try again. “Nyeh.”

This then sparks nearly a half hour of the rest of the actors trying to come up with scenes and scenarios, attempting to make this audience member “feel something”—ranging from fights to romance to suicides, all to no avail. The sequence finally ended arbitrarily and the company looking visibly shaken. It was hilarious, uncomfortable, and perplexing.

Perked up by this delightful introduction to the festival, we immediately walked over to Teatr Nowy, Poznań’s other significant theatre institution, to see Lear, an adaptation by Jendrzej Piaskowski. I cannot hope to come close to describing how far in the opposite dimension this piece was from what I had just seen, due in large part to the fact that I really couldn’t tell you what was happening in any second of it. The basic premise was that the characters were shot into the thirty-second century (not a typo) and the entire piece was a reflection on abuse of power and madness. What I experienced was a high-fashion, futuristic fever dream where humankind must have evolved beyond staging, blocking, and anyone really moving in general. And something to do with a birthday cake.

The differences between these two pieces came to embody a theme of the festival and fundamental philosophical differences in performance practice that resonate particularly strongly for me as a director. On one hand there was the meta/minimalist production relying on simplicity of an idea taken through its own inner depths, provoking deep thought and laughter at the same time without a single light cue. On the other, a maximalist, intellectually and stylistically hyper-dense deconstruction of a classic text that was so concerned with itself that it forgot an audience was ever supposed to be there, which is doubly confusing considering the idiom of the festival.

Following an early morning walk around practically the entire city the next day, I came across a rotating installation by Dries Verhoeven called “Ceci N’est Pas.” At 2 PM, metal shutters rolled up on a soundproof glass box placed in the middle of a busy shopping district street to reveal a performer. On this day, the installation was called “Ceci n’est pa la nature” (“This is not nature”). Inside the box was a performer seated on an acrylic swing in a nude leotard with bright feathers attached to their back. From afar one could assume the performer was a woman, but as you walked closer, all normative gender identifiers started to come into question. The performer had long hair and makeup, unshaven legs, and what could or could not be interpreted as small breasts. They held eye contact with you almost unrelentingly as they swayed gently from side to side on the swing. The placard on the box made mention of the man/woman division as it relates to first encounters and our perceptions of people, and when that division cannot be made within us, it often leads to “insecurity, annoyance or happy excitement.” When I returned the following day, the installation contained a female little person in fur and hells sitting at an acrylic bar lined with cocktails, seductively eyeing men and smiling at them as they passed by. The point here was again about initial impressions but this time challenging viewers about sexual attraction as it relates to birth defects or physical abnormalities. I found this series to be profoundly fascinating, partly due to its boldness of public confrontation, but also the amazing subtlety with which it carried its message. It was publicly provocative without being overtly confrontational.

This topic of public engagement escalated significantly the following day during a lunch meeting with Ewa Wójciak and Marcin Kęszycki from Teatr Osmego Dnia, or Theatre of the Eighth Day, a Grotowski-influenced radical theatre group established in 1964. They gave a history of the company’s formation and their role in it as performers (including Ewa’s life as a violent revolutionary prior to joining the theatre), and their seemingly endless struggle with the government both during Poland’s Communist regime (they fled Poland in the ’80s when martial law was enforced and theatre was banned) and, surprisingly, with an increasingly conservative contemporary government. At the time of our lunch, Ewa was embroiled in an investigation and lawsuit with the government over traveling to the US with a production in flagrant defiance of the wishes of the mayor of Poznań at the time. While this seemed to irk her, she also marvelously shrugged it off as if to say, “same stuff, different day, you know?” It was incredible to hear about such a renowned company in Poland having to still struggle daily with obtaining government permission to do anything or travel anywhere. Marcin is notorious for erecting and climbing all over the group’s elaborate and imposing sets at the age of sixty-three—which often involve pyrotechnics, projections, and other grandiose special effects—because they can’t afford a full crew to do it.

In the midst of the conversation, the topic of Brexit arose, as one of the members of our group was a British director and educator teaching in the states, and Ewa got even more animated, shaking her head and describing how the conservative fervor in England is the same growing in much of Europe. We added that there is an eerily similar movement in the US currently. Some seemed to laugh at the prospect of Donald Trump as a presidential candidate, but I couldn’t help but feel the tension in the air, especially from two people who have seen so much of institutionalized oppression firsthand. “How can we have such short memories?” Ewa asked out loud at one point. Indeed, for Poland to have so recently gone through a period of reactionary rule, it is truly incredible to see the pendulum swinging back in that direction with such credible force.

A dangerous number of people in this country are engaging with the world like it’s a consequence-free reality TV show. Artists have the power to affect this ethos through emotional connections with provocative, sophisticated, and radical material, and it’s needed now more than ever.

As exclamation points to the conversation, the rest of the pieces I saw at the festival for the most part touched directly on these themes. There was a solo dance performance by Jasna L. Vinovrški, a truly delightful and captivating articulation of the perplexing relationship of control as it relates to immigration via increasingly difficult dance steps while balancing an iPad on her head and reciting Staying Alive to the rhythm. Sculpting Fear by Julian Hetzel was a bleak examination of fear in the face of the unknown, a meditation I couldn’t quite keep up with for the duration, but contained some striking stage images in relation to disasters humanity is wreaking upon itself via technology and abuse of the planet. And then there was the poignantly haunting Wasteland by Compagnie Dakar and the festival curator Lotte van den Berg: a mostly silent site-specific piece set in a field outside the city at sunset. Individuals drift around the field, while an outsider bears witness to human nature at its worst as a man rapes a woman. Then the other men begin killing people one by one and then each other until no one is left besides the outsider, who digs her way into the earth in despair.

After my time in Poznań, I went to Warsaw with our group, and then to Berlin on my own to explore, eat, and see more productions. The main takeaways from an artist’s perspective were how extraordinarily effective the simpler pieces were compared to many of their larger-produced offerings. Moreover, I experienced a culture with a rich history of art that engages audiences in sophisticated political dialogue without beating them over the head with a one-sided argument. I also saw how imperative such work is at this very moment. Hyper-conservatism (can also be read as neo-fascism) is not only on the rise, but has strong footing in the international political arena. My conversations in Europe with people about Brexit, the state of the European Union, and Trump showed me that artists there are legitimately concerned over the future of their livelihoods. I couldn’t help but reflect on the current turmoil in the US with #blacklivesmatter, the invigorated feminist movement, and whatever is going on with what remains of the Republican Party, and how artists need to step up and supporters of the arts need to turn an eye towards more activist material. A dangerous number of people in this country are engaging with the world like it’s a consequence-free reality TV show. Artists have the power to affect this ethos through emotional connections with provocative, sophisticated, and radical material, and it’s needed now more than ever.