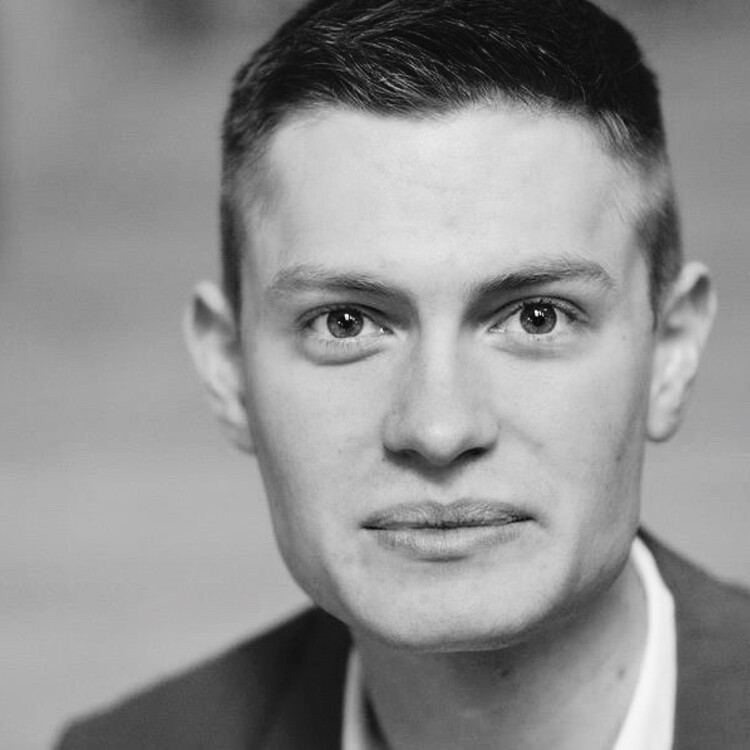 Encouraging a Theater of Differences 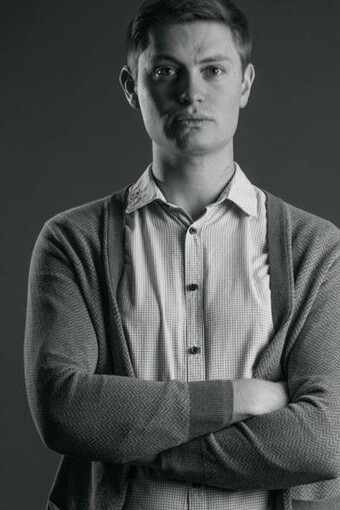 A catchy phrase that’s currently popular in critical thinking about theater goes something like this: “What is seen on stages in our theaters needs to reflect the diverse composition of America.” If you work in the arts, I bet you’ve heard something similar to this. Moreover, most of us probably agree with this statement, usually made in reference to representations of culture, class, race, ethnicity, gender, or sexuality on stage. I’ve completely boarded this train and settled comfortably into my seat. Nothing makes me more excited about producing contemporary work than the idea that the theater is providing a voice for a community that may be entirely different than our own.

Yet, I have found that this “reflection of America” tends to have some boundaries, particularly when it comes to the realm of politics. At the height of election season last November, I wrote an article questioning the absence of conservative voices in the theater. The unexpected quantity of responses was tremendous and thought-provoking. Members of the theater community expressed their personal frustration as conservatives trying to work in an industry that wasn’t very welcoming to them. Other readers fought against the idea that the theater is a place for conservative values, and that political theater is dependent upon liberal values that push for change.

Each response to that initial article excited me at the possibilities—this discussion, while not new, clearly has a continued relevance to our modern culture. The differences in opinion were rich, genuine, and worthy of consideration. How great to know that the theater community holds such diverse political beliefs. Months later, Caleb Winebrenner wrote a piece examining dramatic art from the libertarian perspective. Once again, readers erupted into a conversation, expressing yet another side to the discussion of political theater that I had not fully considered.

Even in the midst of such lively discussion, it’s been interesting to read how many people seem resistant to the idea of political theater being anything other than liberal. The idea of tough conservative politics being expressed on stage has been dismissed in these threads as a viewpoint that wants everything to stay just as it is and has nothing to fight for, or something audiences aren’t interested in seeing. To the first argument, I ask: is it true in the contemporary United States that politically conservative artists could not fight for a change on the subject of universal healthcare or abortion laws, for instance? To the second argument, I pose a question: Why? Why would audiences not absorb a well-written play that challenges their political perspectives? Even in the most left-leaning cities in the country, are theater-goers afraid to attend a performance that expresses views they do not agree with?

Are we, members of the theatrical community, prepared to welcome anyone into our world— conservative, liberal, libertarian, socialist, or otherwise?

Moreover, is it not the responsibility of companies (particularly non-profits) in this country to better reflect the diverse political landscape in which these discussions have taken place? In a culture where producibility for the commercial sector is determined by market interest, are we sure there is not more of a conservative audience considering the 50/50 political split from the last election? Are we, members of the theatrical community, prepared to welcome anyone into our world— conservative, liberal, libertarian, socialist, or otherwise?

I can’t seem to shake this past year’s election night from my mind. Along with a handful of other college students, I watched the results pour in on CNN. As the tallied votes grew from coast to coast, my heart sank deep to the point that I became mostly mute. I wasn’t distraught about who was winning or who was losing; I was deeply troubled by the clear divide in our nation, where votes for a national election are split virtually down the middle. My fellow students could only erupt into shouts of joy and, conversely, a stream of insults against all things right-wing. I thought of my parents back home, likely sitting simply silent on the couch or with their heads in their hands. Would these friends of mine express political victory the same way in front of someone as well-intentioned as my mother?

Later, on the way to a bar, I trailed behind the large cluster of the group, thinking. We passed a house with a Romney sign displayed in the window. In true collegiate fashion, the students began yelling boos.  Seconds into their shouts of disapproval, a middle-aged woman stepped out on her front porch, tears streaming down her face. “Do you know what you’re doing to this country?” she said, gasping slightly between words. “I’m going to die because of this.” Everyone was silenced. Someone tried to utter an apology. The woman retreated into her house, and our group carried on. I debated going back to talk with her, but justified my decision to keep going by telling myself the moment had passed.

I’ll never know exactly what that woman’s story was, or what will happen to her. I’m left to assume her reaction to the election results was rooted in the issue of healthcare, but I can’t be sure. What I do know is that she was expressing a genuinely troubled reaction to the political climate of her country—the completely opposite reaction to that of my friends—and she lived right around the corner. What’s more, her reaction was shared by many across the nation that night. Maybe we need to be exposed to more stories like this in our art, stories with differing political perspectives. At the very least, it could provide some understanding of other views. If a story like this woman’s were told on the American stage, and if it was a story rooted in conservative politics, would anyone listen or would it be dismissed as something too old-fashioned, too ignorant, too different? Or, could we walk into the theater prepared to encounter the “Other” and have a fellowship with him or her, even if that person happens to have political views different from our own?

This is what liberals do, they always try to give voice to everyone. It's of course glorious but it also drives me insane. 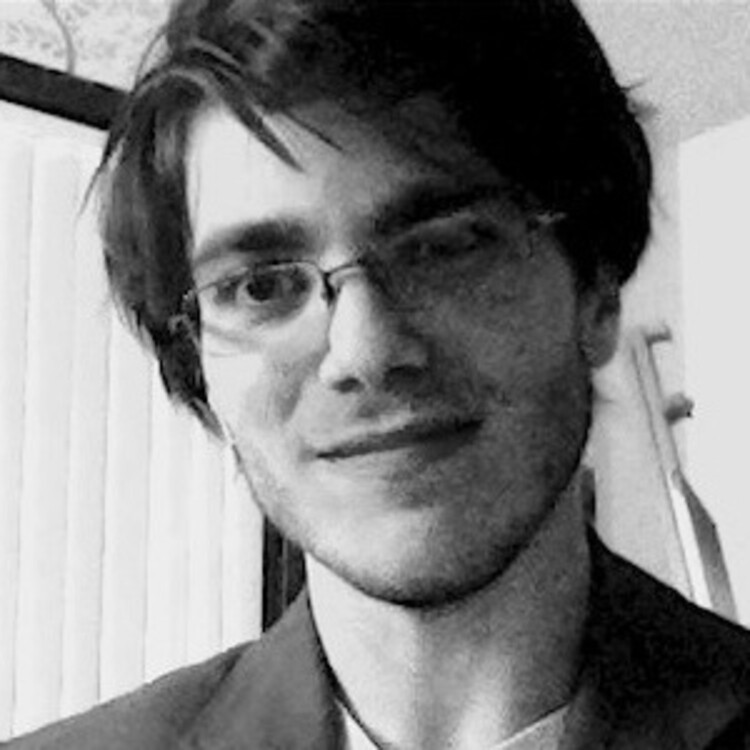 This is what liberals do, they always try to give voice to everyone. It's of course glorious but it also drives me insane. I wonder, does everyone deserve to have a voice? Shouldn't a voice be something you earn through empathy, learning, and listening? I personaly feel there's too much noise polution as it is and that, though they are a minority in our country, conservative are still leading the conversations of our country. Change the word "conservative" in your article to homophobe or racist and I wonder if you would feel the same way. Do people whose perspective is often racist, need even more of a voice in our culture? I think it comes down to empathy. To write good plays, you need empathy. Frankly, most conservative people I encounter (and Oooeee ive encountered a bevy of them) aren't so good with the empathy, so I seriously doubt a conservative play would be a play with great craft. Yes, it's true we dont have many extreme conservative voices in the theater so how could I know the craft level is low (and i do think extreme conservative voices are what your writing about here, as a vast majority of the plays I see have, what I would define as, a basic conservative agenda and are plays that most regular Romney supporting conservatives would be comfortable sitting through). What we do have is a plethora of extreme conservative voices in film and television, and those voices lack a high level of craft (think of all the pro-military rah rah action films that are so vapid). But in terms of plays, all you have to do is compare early Mamet with current Mamet and you see what I mean. As the conservative voice gets more extreme, the craft level goes down. This is not to imply that conservatives don't make great characters. "Aunt Dan and Lemon" is a terrifying and glorious play. But it s a tragedy, where you are meant to pity or fear the conservative central character. If what your asking is to have more plays where Lemon is the hero (rather than the anti-hero) than prepare for a fight (though a non-violent one over tea and scones).

I don't think liberals are afraid of politically conservative ideas. I think there are too few conservatives demanding plays that represent them. That's that free market capitalism conservatives are so wild about.

I would love to see a play about the woman you describe though. A story about a sick woman who's been duped into thinking that healthcare will kill her? That's a truly American story.

I know a lot of people feel that Clybourne Park, one of the most produced plays this season, is a very conservative play.

I think is why Anna Deavere Smith has such powerful work. She certainly provides the conservative view with the far left and the middle. She's not afraid of confronting all sides. Indeed it's that mash up that creates the conflict that is dramatic and stage worthy.

Great points throughout. As to whether mostly liberal audiences are AFRAID to engage with a conflict system of beliefs, I don't think it's about fear of difference, but fear of the unknown. Treading into libertarian waters from "The Left" was as horrifying for its unfamiliarity as it was epiphanal. Add caustic hatred to that lack of knowledge, and it's understandable that there isn't a plethora of "conservative drama" - understandable, if tragically misrepresentative of Americana.