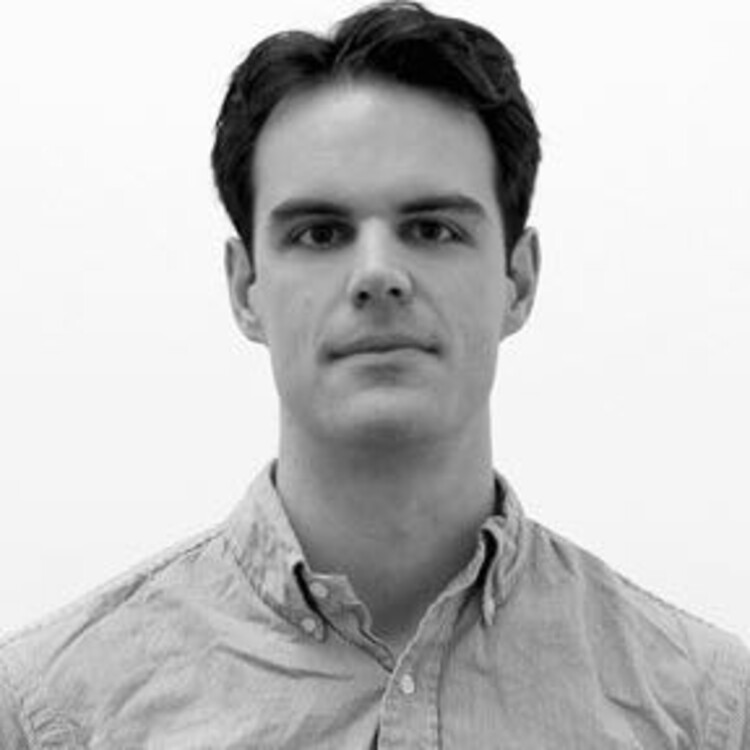 The Striking Gestures of Teatro Patologico’s Medea at La MaMa

Who is he? I do not recognize this figure from Euripides, but he is by turns haunting and entrancing in Teatro Patologico’s Medea. At the opening of the production, he walks with an uneven gait; one leg slightly catches with each step, to the center of the stage. Unlike anyone else, he wears only a white loincloth. He stretches out his arms in a pose similar to Christ on the cross before a jet of blood falls from the darkness above. In the middle of the production, he hands Medea the knife with which she will kill her children. In the final moments, as the chorus hoists Medea on a platform and victoriously carries her offstage, he hangs back for a moment seeming to comfort a wailing Jason—right before blood drenches Jason. Is he Jason’s older self, looking back on his traumatic past? A specter? A seer like Tiresias?

A preliminary answer to my initial question is that he is one of the fourteen differently-abled actors who compromise the chorus—the center and beating heart of this production. Each chorus member studies at the First University of the Integrated Theatre of Emotion, an expansion of the La magia del teatro (Magic of Theater) Drama Academy. Founded by Dario D’Ambrosi, who directed Medea, La magia del teatro uses theatre as an end in itself and as a form of therapy for those with diagnoses of disorders, including schizophrenia, manic-depression, autism, epilepsy, and Down syndrome. As the director says, “Some of these actors, before this experience, weren’t able to talk; some of them were deathly afraid to walk up a flight of stairs; some have been harming themselves for years.” If Medea is any indication, La magia del teatro’s efforts both as art and as therapy are nothing short of remarkable.

Founded by Dario D’Ambrosi, who directed Medea, La magia del teatro uses theatre as an end in itself and as a form of therapy for those with diagnoses of disorders, including schizophrenia, manic-depression, autism, epilepsy, and Down syndrome.

D’Ambrosi has re-conceived the role of the chorus to put it front and center. In Euripides’s original text, the chorus members play Corinthian women, and their oath of silence about Medea’s murderous plan is critical to the drama. Rather than keeping Euripides’s set-up and simply casting the chorus as Corinthians with disabilities, Teatro Patologico plays on the otherness of the differently-abled actors by making the chorus’s identity fluid throughout Medea. At times they appear as recognizable characters—wedding guests at the ill-fated nuptials of Creon (Duane Allen) and Glauce, for instance—but most often they operate as figures in dreams, specters who haunt the psyches of Medea (Celeste Moratti) and Jason (Mauro F. Cardinali).

In Euripides’s Medea, the chorus ends the play saying, “Zeus stores our destinies in his great house / some glitter brightly, but most are hidden.” In this production, the chorus possesses a key to the house where destinies are stored, and they unleash the terrible mysteries of fate in a time signature that they conduct. Of all the other characters, only Medea knows the true score. While the oath of silence between Medea and the chorus has been excised in this adaptation, their relationship remains as powerful as it is enigmatic. The chorus’s first musical incantation climaxes with the arrival of Medea. It is unclear who the chorus is to Medea, but it feels as if the chorus has summoned her and she channels its energy in return.

D’Ambrosi and his company have embraced the languages of music and gesture—as opposed to text—to tell their version of the story. In addition to stripping down the choral passages to curt phrases in their original Attic Greek (the principal actors perform their scenes in English), he has removed the peripheral characters and several major plot points. The skeleton of the myth remains. After being ordered into exile, Medea goes on a killing spree, which includes her children, before escaping in spectacular style. D’Ambrosi has done away with the nurse, the tutor, the messengers, and the childless Aegeus (who ultimately offers Medea asylum in Athens), and has also cut large swaths of dialogue. Jason and Medea’s first scene, one of the longest in Greek tragedy, has been reduced to brief exchanges and outbursts. Teatro Patologico captures the title character’s gruesome crucible primarily through striking gestures—Medea accepting Jason’s kiss for a moment before spitting in his face is one of the most memorable. In sum, this results in a taut storyline that conjures plenty of fiery passion. Actors scream, cry, and maniacally laugh as often as they speak.

The mise-en scène and music thrusts the audience into the action. The show begins and ends with blood raining down from above. The blood splatter nearly misses the audience, most of who sit in close proximity to the action on three sides of the long, narrow playing space. The blood collects in small pools on the white plastic that covers the floor and the upstage, two-story wall. Geometric lines mark the bodies of several actors, redirecting the viewer’s gaze in strange ways across their flesh, suggesting the twisted course of Jason and Medea’s odyssey.

The live music elevates the stage picture, at times revving up the characters’ rage, at other times amplifying their grief. A percussive polyphony pounds as the chorus delivers its stentorian chants in Attic Greek. Medea seems to be in lock step with the music. Creon, on the other hand, appears out of step, off key, as if his affect plays dissonant counterpoint with the music. In addition, two onstage musicians (Papaceccio and Francesco Santalucia) play the massive timpani drums and other instruments with an athleticism that augments the music’s power. With its use of music, ancient Greek, and tightly choreographed choral sequences, the production evokes Andrei Serban’s Fragments of a Greek Trilogy, which, forty years ago, also played at La MaMa and included Medea.

In contrast to the shape-shifting chorus, the principal actors endow their characters with a singularity of purpose. Medea’s rage blisters from the beginning; she seems on the verge of breathing fire at Jason. His resonant bass voice nearly howls with his desire to leave Medea, but her bite draws far more blood than his bark. He spends most of the play caught in a series of catastrophes. Creon and Glauce barely register, trapped in Medea’s machinations from the beginning.

At times, the adaptation has passages that hit one-note until the chorus changes the key. While Teatro Patologico radically alters and expands the role of the chorus, the characterization of the four principal roles flattens. During what is often called her “Great Monologue,” Medea agonizes over her decision whether or not to kill her children, who stand right in front of her. D’Ambrosi has cut the text so much, however, that her ethical dilemma and subsequent decision to go ahead with the infanticide gets buried in a torrent of feelings.

In Aristotle’s Poetics, tragedy induces pity and fear, which together bring on catharsis, a purgation of emotions. The fear comes from the horror of seeing terrible, unimaginable events. This Medea has no shortage of fear. Pity comes from recognizing that it could just as easily be we who are suffering as Medea and Jason suffer. But what I felt during the curtain call—a celebratory performance in its right, as D’Ambrosi brought forward each member of the company to take a bow individually—was not pity. It was joy at the recognition that after approximately 2,500 years Medea is one step closer to being a story that belongs to everyone, not just those who are able-bodied.

Before the show, D’Ambrosi announced to the audience that his University is the start of a revolution in the concept of the human being—a category that has often excluded people with different abilities. Given his revolutionary project, one of the virtues of D’Ambrosi’s adaptation is that it does not devolve into agitprop. The production focuses less on identity politics than on the mysteries of destiny—and the dark places it takes us—that form our common humanity. While the political dimensions and ethical aporias of Euripides’s original text have receded into the background, the chorus’s central role makes a political statement of its own—one as powerful as any found in Greek tragedy.

Given his revolutionary project, one of the virtues of D’Ambrosi’s adaptation is that it does not devolve into agitprop. The production focuses less on identity politics than on the mysteries of destiny—and the dark places it takes us—that form our common humanity.

In a gesture as striking as any in the production, when the applause ended, the entire company shook the hands of every audience member who remained, including me. I wondered if this, in a small way, is what the ancient Athenians felt when they attended the Great Dionysia, where civic celebrations and ceremonies framed the performances. That they were not just watching a story, but that they were citizens collectively carrying out a larger cultural project—if not a revolution of the human being, as D’Ambrosi conceives it, then at least a revolution in the theatre.