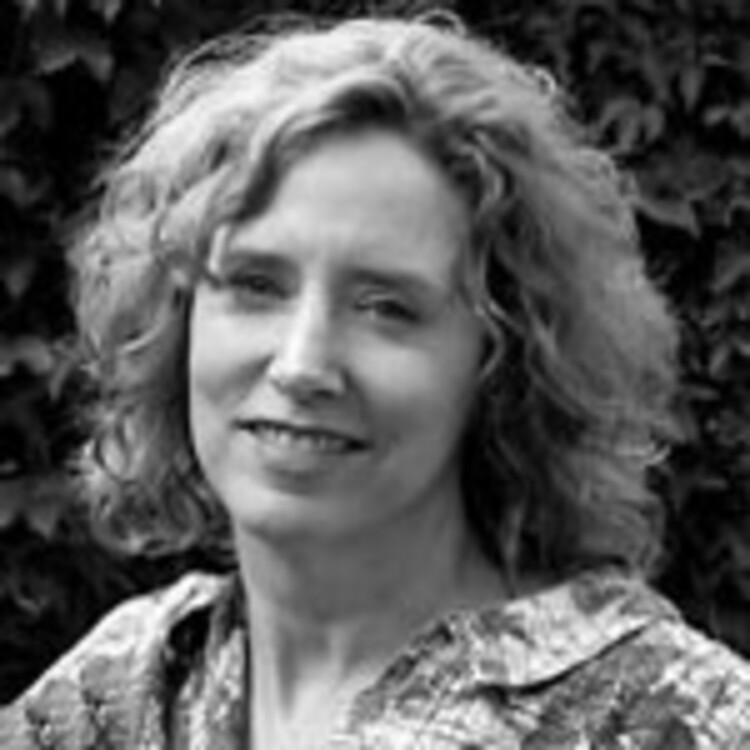 Teatro Línea de Sombra (TLS), internationally recognized as one of Mexico’s most innovative theatre companies, has been carrying out social justice interventions and artistic actions around Mexico, where it is based, and in the United States over the course of the last several years. Some of the most vital of these have taken place in shelters where migrants in transit are located. “For many years,” says co–artistic director Alicia Laguna, “we have seen people coming through [Mexico], fleeing violence or looking for better living conditions. Since 2010, when the violence against them grew worse, they have had to become more invisible and anonymous.” In instances like this, when TLS has become aware of violence or injustices against communities or populations within their scope, they’ve sought to shed light and ask questions, often provoking ideas in their audiences that inspire action.

Founded in Mexico in 1993, TLS is a compilation of theatremakers, teachers, researchers, and actors who collaborate with musicians, scenic designers, visual artists, and other creators to produce what we think of as theatre and other performance-based disciplines. Research and pedagogy are key to their process, which sometimes ends in a theatrical spectacle and sometimes not, depending on where their investigations lead. The idea of “question” is important in their work, even though they don’t always necessarily seek answers. As a matter of fact, the company is often more provocative than solution-oriented; they look to find the cracks in precarious situations, where justice has been compromised or communities are vulnerable, which they can enter into and explore. One of their most dynamic pieces, Amarillo, which was created in 2009 and focuses on the immigrant crisis, speaks to this process, while also serving as a tool for direct action.

Since the project’s conception, TLS has taken Amarillo to festivals around the world. In 2013, the company brought the piece to the border town of Tenosique, Mexico, where there is a refugee shelter called The 72, named in memory of the seventy-two migrants who were brutally assassinated in San Fernando, Tamaulipas. While there, TLS carried out a series of actions. “We showed films in the shelter for the migrants during their stay,” says Laguna. “We built a ‘nicho’ in which to place the image of the Virgin of Guadalupe, a Catholic religious figure strongly integrated into the migrant movement, and [we] did a performance of Amarillo with a talkback about the theme, directed toward the public in general and the migrants.” In an environment with strong public opposition to migration, these actions brought heightened visibility to—and understanding of—The 72, provoking dialogue that didn’t exist before.

Ruth Wikler-Luker, curator of Portland-based boutique producers Boom Arts, learned of TLS in 2012 with the first American tour of Amarillo. At that time, On the Boards, a producing company in Seattle that films live performances of touring shows in high quality video, shot one of Amarillo’s performances and partnered with Boom Arts to hold screenings of the film. Though Boom Arts is not specifically a Latinx-centered company, they have often sought to foster ties with those communities in and around Portland. In fact, the screenings of Amarillo were held in Spanish- and non-Spanish-speaking communities around the Pacific Northwest, and each event included a bilingual community discussion afterwards, which Wikler-Luker curated, facilitated, and translated.

In an environment with strong public opposition to migration, these actions brought heightened visibility to—and understanding of—The 72, provoking dialogue that didn’t exist before.

Four years after that first American tour of Amarillo, Laguna and fellow artistic director Jorge Vargas returned to the Portland area for further screenings of the film to immigrant farm workers. During the artists’ visit, the farmers brought them into the fields, showing them, firsthand, the reality of the precarious housing situation and other sub-standard workers’ conditions.

This reinforced the connections TLS made with local artists in the Latinx community—and the community at large—in the Portland area, laying the groundwork for what became a weeklong workshop TLS held in March 2018, as they prepared for the production of one of their newest pieces, Rebuilding Small Territories (Pequeños territorios en reconstrucción), which they were in town to perform. The workshop, hosted by Boom Arts, brought together community members and artists, including theatre directors, a radio host, and a puppeteer, for frank discussion; as Wikler-Luker expressed, it was about “planting seeds for TLS to be able to discuss their unique methodology [and draw] on field research to create original performance work.” The theme of the workshop was women’s resilience, which connected to Rebuilding Small Territories in that the piece mainly focuses on a small community of women displaced by violence called La Ciudad de las Mujeres (City of Women) in Columbia.

Late in the afternoon on the first day of the workshop, the participating artists met with a group of immigrant Latina women at Revolución Coffeehouse, owned by Maria Garcia, recent candidate for County Commissioner of District 2 in Portland. This convergence of artists, activists, and immigrants instantly generated a natural mixing of ideas. From the introductions that were made in Spanish and English—revealing the hows and whys that brought each person to the room—to the honest sharing of feelings of oppression and the frustrations of living the immigrant reality, the space felt safe, raw, and open. Creative conversations were sparked as ideas about how to make the immigrant voice heard, whether through artistic or political action, flew around the room. Some of these thoughts included:

A day later, these ideas and questions came back to me—and resonated deeply—when I saw the production of Rebuilding Small Territories, which ran 16 to 18 March at the Headwaters Theatre in Portland, directed by Vargas and translated live by Wikler-Luker.

Creative conversations were sparked as ideas about how to make the immigrant voice heard, whether through artistic or political action, flew around the room.

During the sixty-minute running time, two petite female performers, Laguna and Zuadd Atala, hauled ninety-eight cinder blocks onto the stage, constructing a pattern that mirrored La Ciudad de las Mujeres, a city built by women, block by block, to serve as a safe space for them in which to live and raise their families. As they constructed the model city, Laguna and Atala related stories about the location—how it was built and why—and about two other towns with troubled histories, one in Columbia and one in Mexico. Through an ingenious use of props such as miniature and life-sized cutouts of the women who constructed and inhabited the city, photographs of them and their children, tiny squares of Astroturf to represent their lawns, and miniature plastic animals to represent their pets, the audience began to understand the struggle of the women of La Ciudad in finding safe refuge from the violence in Columbia for themselves and their families.

Though the histories associated with these towns were devastating in many respects, they were not communicated through any overt sense of tragedy; as a matter of fact, Laguna and Atala brought humor to the stage, present in both the narration and in their attitudes. And yet a feeling of peril saturated the performance—the awareness that, in the hauling and stacking of the heavy bricks, which sometimes got quite high, the actresses could get injured. This made the stories they related present, communicating the fact that the danger of violence is still very real for the women of La Ciudad and for so many other vulnerable people in Latin America.

The show had a profound impact on those who saw it, myself included. One spectator said: “I was moved and also heartened by the creative resilience of the women in the story. I was delighted to meet a new theatre company that is creating thoughtful, meaningful, aesthetically fascinating work.” Another vocalized: “[The piece was] a unique approach to bringing the artistic lens to the human tragedies but also human agency in the context of violence.”

Both the production of Rebuilding Small Territories and the women’s resilience workshop continue to impact the Portland community beyond their immediate time frames. Wikler-Luker shared that in one of the post-show discussions with community guests, a formerly homeless activist compared her experience of fleeing domestic violence to the displacement of the women of La Ciudad. And, of the workshop, Wikler-Luger noted that participants, both Latinx and non-Latinx, anticipated that it would have a lasting impact on their artistic practice—not only because of the eye-opening content, but also because of the bilingualism of the workshop interactions.

In essence, TLS’s work provokes thought and compels those who witness it to not only question injustice, but to look at its sources and address them. The company does more than speak to vulnerable communities—it speaks with them, bringing their issues to light. TLS provides a startling model of how to do radical theatre in the world today, as well as how to affect change through art. It exemplifies what theatre can, and perhaps should, be.

Special thanks to Ruth Wikler-Luker and Alicia Laguna to their valuable contributions to this article.