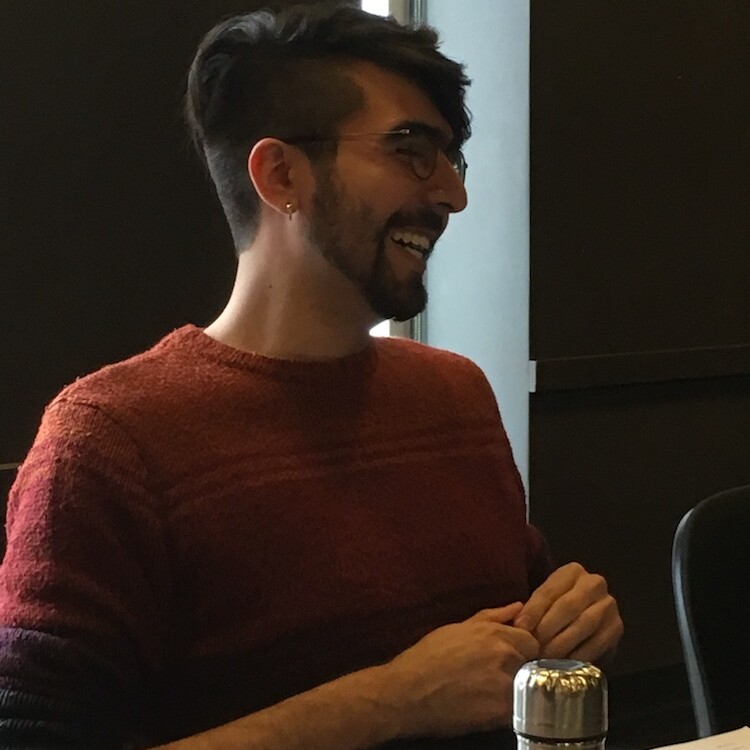 As part of the Goodman Theatre’s Celebration of Latina|o Artists, which included the world premier of José Rivera’s Another Word for Beauty and 2666, an adaptation of Roberto Bolaño’s novel by Robert Falls and Seth Bockley, the Goodman partnered with theatres and academic institutions in and around Chicago to present a concert reading series of work by María Irene Fornés and José Rivera. Perhaps the most striking thing about the concert reading series was that each performance in some way or another felt like an act of resistance. The plays of Fornés and Rivera defy categorization, and stymie the impulse to flatten and encapsulate work by Latina/o artists. Theatre critics and audiences so often fall into the trap of digestibility, a night of theatre that is easy to swallow. However, Fornés and Rivera write work that continuously denies neat definition or convenient compartmentalization, work located in the midst of dissonance and broken codes. Both playwrights articulate otherness with such attention that an audience cannot help but be left in exquisite isolation, engulfed with rage, desire, and revulsion. Eight different theatre companies and academic institutions in as many nights re-affirmed the importance of these two artists as theatrical pioneers, whose work is foundational to what it means to be Latina/o in theatre.

Fornés and Rivera write work that continuously denies neat definition or convenient compartmentalization, work located in the midst of dissonance and broken codes.

Considered by many to be the “mother of Latina/o theatre” and a pioneer of the American theatre as it is known today, María Irene Fornés’ plays inspire a sort of anxious uncertainty. Whether the dark humor of Mud and Fefu and Her Friends, the stark relentless destruction of The Conduct of Life, or the singsong erosion of the self in Sarita, Fornés’ oeuvre navigates the intersection of a variety of experiences. Part of the reason that Fornés’ work appeals to young Latina/o artists is the way that she writes about queerness, gender, and ability. At the panel held on February 27, moderated by Director Lisa Portes at The Theatre School at DePaul University, Playwright Migdalia Cruz, Scholar Brian Herrera and Playwright Carlos Murillo remarked on the permanent relevance of these themes in Fornés’ plays.

The cast of Rivendell Theatre Ensemble’s Fefu displayed the vitality of Fornés’ text in a performance distilled into its essential and energetic components. A room full of women, lovers, rivals, and strangers is just as potent and dynamic today as it was in 1977 when Fefu premiered, and new generations of theatre artists continue to find performance and study of Fornés’ work exhilarating. So too did the students of DePaul’s Theatre School faithfully honor Fornés’ voice in The Conduct of Life, and bring immediacy and new context to the play. The constant struggle for power and control, and the dark allure of the status quo in The Conduct of Life calls into question the implications of inaction in the face of terrible and preventable violence, whether sexual, emotional, or physical.

In Sarita, Fornés articulates the cognitive dissonance experienced by strangers in a strange land, which is to say, immigrants to the United States. Confronted with a world that will not release her from expectations at odds with her idea of herself, Sarita dissolves and is eventually institutionalized. Sarita is the story of DREAMers and first generation college students navigating the tumult and upheaval of a bigger world with new and often hostile rules.

The Hypocrites reprised their 2007 production of Mud which explores questions of poverty, education, desire, and gender. The clinging, fragile masculinity of Lloyd and Henry in Mud suffocates Mae, and exacts fatal punishment when she attempts to divest herself of their insecurity, reverberating with the reality of gender based violence that faces women in the US and abroad.

The celebration of Rivera’s work felt like a birthday party, honoring a body of work so very much alive, growing, evolving, and responding to latinidad with each new day. Victory Gardens Artistic Director Chay Yew, Actress Sandra Delgado, Director Henry Godinez, and Scholar Patricia Ybarra remarked on how the search for latinidad, the ever-shifting identity, and the structural oppression that affects it reverberates through Rivera’s work. From a deeply personal examination of Che Guevara’s last days through the eyes of Jasmin Cardenas’s Julia Cortez in School of the Americas, to the surrealist ebb and flow of Eddie Sánchez and Lily Santiago’s Benito and Gabriela in References to Salvador Dalí Make Me Hot, Rivera foregrounds the vastness of the Latina/o experience.

Set in 1960, The Hours are Feminine focuses on the lives of two families, Italian and Puerto Rican, established and newly arrived, as they navigate racism, economic exploitation, and xenophobia. The Hours are Feminine resonates with the struggles facing communities of color in Chicago today. On February 16, organizers from Organized Communities Against Deportations, Assata’s Daughters, Black Youth Project 100, Centro Autónomo, and others stalled traffic outside the Regional ICE Field office located in Chicago, calling for an end to raids, deportation, and detention. As communities organize against destabilization caused by an increase in immigration authorities policing, gentrification of established black and brown neighborhoods, and the unchecked hate speech of current presidential candidates, The Hours are Feminine feels especially relevant. In much the same way Marisol struck a deeply disturbing chord in its pre-cognizant apocalypse. Ayssette Muñoz and Paloma Nozcika’s Marisol and June face down credit card companies that kidnap and imprison their debtors, a cascade of white supremacist violence perpetrated by gangs of neo-Nazi skinheads, and a violent phobia of the poor, the disabled, and the homeless. Just how far afield are these apocalyptic visions from the detention facility in Homan Square, or from recent actions of the Chicago Police Department?

There is something unsettling about bearing witness to the stories being told by Fornés, especially so in the age of an endless, sensationalist news cycle that simultaneously obsesses over inequity in the United States and fails to acknowledge complicity in its creation. On the other side of the coin, there’s something redemptive about watching Rivera’s plays and being witness to his characters’ hunger. In these ways, Rivera and Fornés’ plays are acts of resistance, at once an elevation of Latina/o narratives in their multiplicities and an insistence on the fluidity of latinidad as a location for the fullness of human experience. Latinidad’s unfixed point in Fornés’ and Rivera’s work is in and of itself defiant.

Rivera and Fornés’ plays are acts of resistance, at once an elevation of Latina/o narratives in their multiplicities and an insistence on the fluidity of latinidad as a location for the fullness of human experience.

The question remains, however, and was raised at both panel discussions: What does it mean to be a Latina/o playwright? Is it the “authentic Latino-ness” of the details in there? Is it the playwright’s heritage? Or both? These questions will not go away, and emerging Latina/o theatre artists must continue to wrestle with how to answer them, if they must be answered at all. They do so, however, with the knowledge and guidance of those established playwrights who continue to grapple with these same questions, and whose work serves as testament to the tenacity of Latina/o theatre and of latinidad.

Irene's play A VIETNAMESE WEDDING was done at Yale in the middle of the Vietnam War, and was, to me, the single most affecting anti-war artwork of the

Irene's play A VIETNAMESE WEDDING was done at Yale in the middle of the Vietnam War, and was, to me, the single most affecting anti-war artwork of the time.

A probing essay about two pillars of the American Theatre. Chicago Rocks!! And you are right on the money about the prescient relevance of every play showcased. Thx u Lucas!