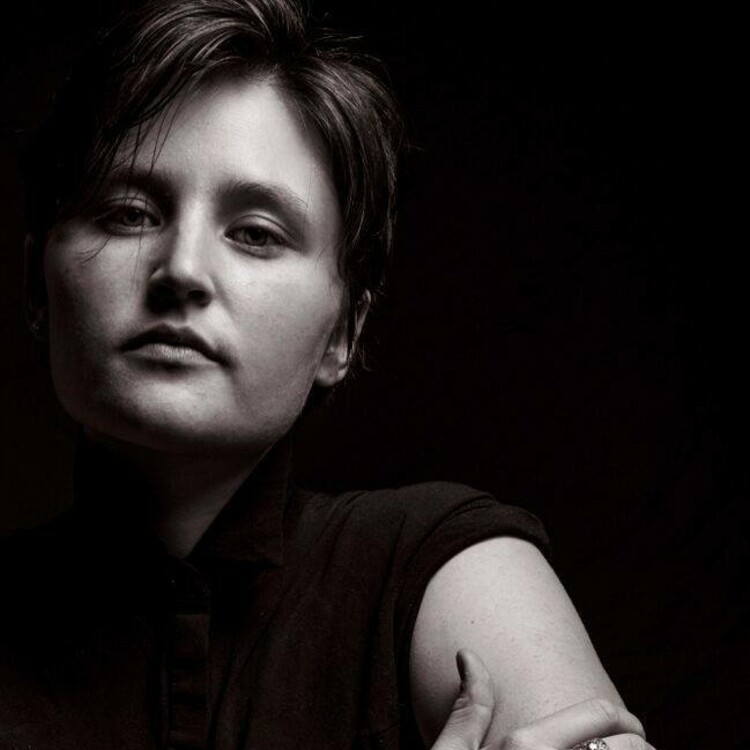 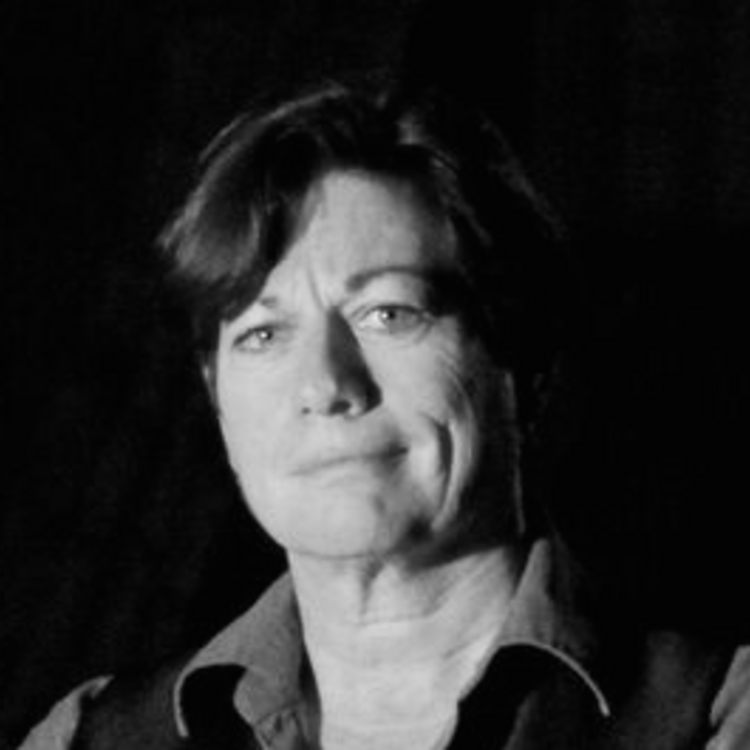 Lisa Wolpe, and the Art of Empathy

This should not be a surprise to those familiar with Lisa's formidable body of work—she has been an activist working for the empowerment of women and girls onstage for more than twenty-two years as the producing Artistic Director of the Los Angeles Women's Shakespeare Company. She has likely played more male roles in the Shakespeare canon than any woman in history. Her solo-show Shakespeare and the Alchemy of Gender has played around the world, including last month at London's historical Rose Playhouse. Tal Fox of the UK’s A Younger Theatre recently wrote, “it is impossible not to be touched by her heartfelt performance," while The New Current gave it five stars. Alongside this, is Lisa's latest endeavor: TranShakespeare.

The day before this interview, we concluded TranShakespeare's first workshops, co-produced by Kings College London and the Young Vic. TranShakespeare is a global initiative dedicated to the re-gendering, gender blending, and cross-gendering of Shakespeare internationally. Amy Clare Tasker, founder of London's Gender and Performance (GAP) Salon, initiated the workshops as a Peer-Led Project through the Young Vic after Skyping with Lisa for over a year about what they could do in London. Peer-Led Projects grant space and resources for approved projects, as part of the Young Vic's distinct efforts to promote young theatre artists through workshops, classes, paid assistantships, and networking. Amy saw an opportunity to involve the Young Vic Directors Program in our work.

What we could do in London soon grew to include three master teachers (Lisa, Daron Oram, and Christine Adaire) and a multicultural company of nine directors, nine dramaturgs, and nineteen actors. It encompassed guided improvisation, scene-study, Linklater, and Lisa’s technique called "The Geography of Thought." It was two weeks of gender-bent collaboration. Tigger Blaize, a workshop participant and actor, remarked, “What made me relinquish my fear was this opportunity to Trans it up; to play a male character; to share the experience with like-minded individuals; and to work with passionate practitioners...By the end of the workshops, I was hooked.” Similarly, participating actor Anna-Maria Nabirye said, “I never knew what I was missing out on, until I embarked on this exploration.”

I came to the project after writing to Lisa, and wound up in TranShakespeare as a director and associate producer. The brilliant playwright Luis Alfaro gave a talk at Oregon Shakespeare Festival while I was working there last winter and said, "I am only as great an artist as I am a citizen." This thought stuck with me. I sought Lisa out because I not only wanted to grow in my art, but also serve a bigger purpose, located at the crux of a powerful movement.

Gender is not the only thing that's happening in a Shakespeare play, but the key to beginning the conversation is to say categorically that Shakespeare’s work was written for gender bending.

On Tuesday July 21, I sat down with Lisa at a pub across from her housing in Great Dover Street. We discussed the origins of TranShakespeare, what we're offering, and where we're headed.

Emma Went: What made you choose this moment, after spending more than twenty years cross-gendering Shakespeare, to expand the work beyond the binary?

Lisa Wolpe: When I first started working, the availability of interesting roles for women in Shakespeare was very limited. Since then, the usage of women of various ages and colors has increased phenomenally, but that's very recent. At a certain point, when you achieve a kind of parity for women on the stage, it not only becomes a feminist movement, but also a humanist movement. Dis-empowerment on every level begs the question, “How are you going to find your political voice?” We can at least offer a pathway. We have a new conduit for gender exploration that is wider than we've ever had before.

Emma: Do you think a greater fluidity of gender in the interpretation of Shakespeare’s plays is going to help us move out of stereotyping and closer to just playing character?

Lisa: Well, gender is not the only thing that's happening in a Shakespeare play, but the key to beginning the conversation is to say categorically that Shakespeare’s work was written for gender bending. He wrote for an all-male company, and he wrote to explore the unknown. Every actor who takes on this work gets to discover parts of himself that are unfamiliar. Theatre, therapy, and theology all come from the same root word, and it's about the place where we see God. You have to find the spiritual in yourself if you're going to find the spiritual in the texts.

Emma: You've described Shakespeare as a “universal soul,” and actors as “time travelers.” Can you talk about the power of accessing his poetry and bringing it into your own time, your own body, and what it really means to make it personal?

Lisa: When you avoid yourself, your art will alienate people. Like Gandhi once said, you have to be the change you want to see. You hear that a lot, but it's very practical advice. You have to walk your talk. Everybody who does Shakespeare intends to enjoy it, unpack it, and celebrate the language. It's not wrong to do it with brilliantly talented white men, but there's more work to be done. I've always felt that way about representing women, and women of color, but now I feel that way about everybody. We need to take a risk. Like we did here, we wondered if it would be interesting to throw a bunch of people into a pot and ask, “In how many ways can this work? Oh, in every single way, it works. Every person works.”

Emma: Exactly, it's that anyone can be the thing; everyone is already the thing.

Lisa: But the work is still the words, and we have to do the work of unpacking these words. I feel that people who are new to the work pay more attention to the words. Because in a way, it is their sacred, only chance to step up and be given the speaking stick, stand in front of the community, and sacrifice a little bit of their personal certainty for the greater unknown. “What if everybody actually did understand me?” “What if everything I say is clear as a bell?” “What if it wasn't difficult for you to see me?”

Emma: According to the US Census Bureau, more than half of the children in America will be part of a racial minority, or ethnic group in the year 2020. Given this prediction and the fact that 70% of theatre-ticket buyers are female, a tide is turning in our business and our world. What we are attempting to do with this project is strive for that change. What would you describe as our specific political message?

Lisa: The political mission of this project is to create a forum for the exploration of brilliant Shakespeare that will be resplendent and variegated in its constituency. And that will lead into different visual representations, different conceptual and design presentations, but it will never change the fact that we all need to do the text beautifully. We use it to source ourselves personally, psychologically, and politically. And, we apply what we learn to this moment. We present the positive, of finally having a role worthy of your humanity.

Emma: Part of what inspires me is how everyone is already talking about taking this inquiry and technique into their own work, that it's an ideology we feel empowered by, and are already pollinating outward and moving into the world.

Lisa: It's true and my intention is to give people tools so they can shape their own work, it's not my intention to codify one way of crossing gender and what that should look like. The big question is, “Can we as human beings explore gender identity?” The smaller question is, “When performing Shakespeare, can we also do that?” Many of our participants are just coming to Shakespeare, but now they have a reason to go deeper. Almost everyone who is successful and is part of a marginalized group got there because they once saw themselves represented onstage through their skin color, gender identity, or particular form of bravery. You see it, and think, “That's what I want to do. I want to be a cartographer of the soul, and I want to make everyone onstage important to the story.”

Emma: Exactly! We're excited by the big-ness of what you're asking. “To be a cartographer of the soul” is the best possible answer to the question of “Why Shakespeare?” The answer is because it’s universal. It includes you, and it can save you.

Lisa: The term “self-conscious” can connote a collapse and shyness, but it can also mean that you're conscious of your self, and conscious of that which is not yourself. If we can build empathy, we can invigorate the purpose of art, which is to create alliances that save lives and offer hope. You can never take away the sense of being heard. It's why people spend so much time and money on their weddings. To be able to say, "I love you" and be heard by your friends, and your community. That's what Shakespeare is. It's about saying, “I'm here, my heart is open, and this is for the future.”