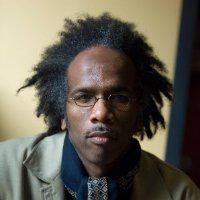 Asked to consider criticism in the American theater, my mind kept bouncing back to two distinct factors that it seems critics never mention. The fact that makers of the work may not pay conscious attention to these either is problematic as well, but critics are trying to act as aids for audiences. If the critic is to be of use, the why and the for whom are substantial and rigorous considerations that can take a theatrical review past narrative and mood. I will consciously use music to explicate this concept fully.

The first consideration (why) is: what is the function of this theater? Different forms of theater have different purposes; in much the same way that smartphones and laptops are communication devices yet have different roles. There are many functions, but I will give you two that seem to continue to predominate. These are not exclusive but they are primary: The first is to affirm the audience's existence. The second is to challenge that existence.

The first is to affirm the audience's existence. The second is to challenge that existence.

Consider music: All jazz does not have the same function. When engaging with “Monk’s Mood” by Thelonious Monk, one might dance, but that is not the significant consideration. The engagement is with the composition and the rendition. When one listens to any second-line jazz, in the style of “Do Whatcha Wanna” by the Re-Birth Brass Band, one will listen, of course, but one is also looking for a space to dance. The function of that music is to make us move. Both of these are jazz, yet the function changes the understanding.

Likewise, in a work by Adrienne Kennedy, what she is attempting to do is to challenge a particular audience, whereas a stage play by Tyler Perry is attempting to affirm a particular audience. Amiri Baraka's play The Toilet is a challenge to an audience with a realistic patina, while Ntzoke Shange's For Colored Girls… is used to affirm an audience with an experimental poetic coating. The critic thus cannot examine any of these with the same litmus test when functionality is considered. To evaluate any object without framing it by its utility is to misunderstand the potential applications and implications of that art object.

The second consideration (for whom) deals with the truism that makers of work have a primary audience. This does not mean that the creator’s work is not available to all, but that the work has a primary intended audience. When you ask anyone who makes work, they will say that it is universal, but when pressed, they’ll say they are making work for their family, their friends, or themselves. This is a primary audience, and it means something for the critic to keep in mind.

I am a black director, writer, curator and dramaturg, and I have been telling people for a while that most African-American playwrights are not writing for a black audience. Many of these writers instead want to engage in a conversation with what is deemed a multicultural audience in which the black community is not the primary audience. When MeShell Ndégeocéllo makes a track like “God.Fear.Money,” she is in conversation with a black Christian audience primarily, even if she is doing it in a funk groove. When Beyoncé Knowles makes “Single Ladies,” on the other hand, she is speaking to a multicultural group in a pop groove. This does not make this music less valid or authentic, because when I hear “Single Ladies,” I too put my hand up. I am not a single lady, but the pop groove is just that on time. Ms. Knowles speaking to her specific audience still allows me a point of entry, but I would be dumb to think she is speaking to me. I might buy the track and jam to it, but it is not made with me as its primary audience.

The dangerous thing about critics examining any work, then, is not the authority that they have over a work, but their individual and collective potential to conflate an audience. This conflation is most problematic when they assume that the primary function, and the primary audience, of all artists is the same. There are ways in which the aesthetics of this understanding can be made clear—even within the one work of one playwright, these factors can shift. I might go so far as to say that the primary audience for August Wilson’s Jitney is different than the primary audience for his Ma Rainey's Black Bottom, and that difference might be a reason why one of the plays has landed on Broadway twice, while the other play never has. Similarly, Suzan-Lori Parks’ Imperceptible Mutabilities in the Third Kingdom speaks to a different audience than Topdog/Underdog does. I do not think that this is conscious on the part of the artist, nor need it be the artist’s concern unless they choose it to be. But for the person who is conveying to a potential audience a frame for their experience, this is a significant consideration.

I understand that most public critics are limited in the time they have to examine a work. Some critics have been criticized for being unaware of the cultural specifics that make some work resonate more with a particular audience than with others. It is not possible for anyone to comprehend every ethnic and cultural impulse. To have a team of critics that could respond to every culturally specific portal would be possible only in a fantasy world.

Still, every critic can take a moment and consider two things: What is a work’s primary function, and who is its primary audience? If they can translate some of these contextual concepts and let them inform their thinking, it has the potential to clarify ideas and even reposition the social contract that the makers of the work have with their audience. In turn, this will, I hope, make for better theater--an outcome even the most uncharitable critic would surely welcome.

Thanks, Dominic, for such an insightful article. I want to share it with my students in my course on the Black Arts Movement, so that they will have a clear understanding about how and why critics do what we do.

Dominic, this is so spot-on and timely. Thanks for taking the time to put these ideas in front of us.

I assure you that many critics really do consider these questions.

Excellent essay and discussion! Having a scootch more consciousness about WHO we are writing for primarily and WHY gives playwrights more power. Thank you.

Thank you for articulating these two questions, which I posit are essential questions every theatre artists, arts leader, organization, etc should be asking. Having that shared understanding/sense of purpose will ultimately make the production and everything around it more intrinsically unified... and so stronger.

"Still, every critic can take a moment and consider two things: What is a work’s primary function, and who is its primary audience?" Yes, indeed. And with so much information at our fingertips, that moment could include even a minor investigation into the cultural/social/aesthetic context a given work engages.

Thank you for this enriching piece.

Oh, I have preached to my fellow playwrights for far too long about the value to be discovered in considering one's primary audience for a play... but the resistance to that idea seems to be mighty. I believe you are onto something right and true here for critics... and I'm eager to see whether other critics agree with you.

Where do you think that resistance comes from?

Artists who've been trained, rather relentlessly, to think of themselves first (and in many cases ONLY themselves) when writing. "This is the story I want to tell," endless numbers of playwrights will assert with pride, "So I'm telling it." Too little thought is given, I think, about how a story will serve a community or speak to a particular audience.

That's a rather...odd mindset considering how vital community is for theatre to exist.

A Music Man for Deaf Audiences

Melissa Lin Sturges shares her experience attending Olney Theatre Center’s bilingual production of The Music Man, which was presented in both English and American Sign Language.