What Is Your Mission? | HowlRound Theatre Commons Skip to main content

What Is Your Mission?

There has been much talk in recent years about the lack of “diversity” in American theater. This four part series is meant to redefine the conversation in a way that will move us past the buzz words and move us closer to meaningful change and actual inclusion. Find the full series to date here. 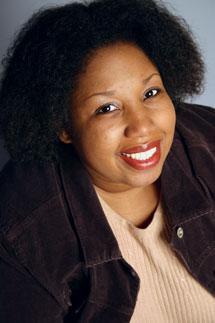 I made an error in the last article I wrote on color blind/conscience casting. Not in the position that I took that the practice is antithetical to full inclusion. I stand by that assertion. The error was in not reiterating the framework in which I am attempting to have this conversation about diversity in the American theater. So let’s go back to the beginning of the conversation…the definition of the word diversity.

1. The state or fact of being diverse; difference; unlikeness: diversity of opinion.

3. A point of difference.

As you continue to read this installment, keep in mind that the road to diversifying the stage begins when we fully embrace this idea that diversity is not something that we do but an actual state of being. The goal is not to perform diversity by creating small opportunities for a select few, or instating arbitrary practices (i.e., the reader’s series for playwrights of color, etc.) that are not connected to a broader institutional paradigm shift. The goal is, or should be, to create diverse theater spaces that are fully inclusive of all cultures, genders, sexualites and abilities. One of the ways in which I believe we can achieve this parity on our stages is if we all take a step back and look at our mission statements in their broadest construct.

MPAACT exists to develop, nurture, and sustain Afrikan Centered Theatre (ACT), an artistic expression grounded in the many cultures and traditions of the Afrikan continent and its Diaspora. With a vision focused on creating new work and collaborative art, MPAACT produces and educates with the goal of increasing understanding and appreciation of (ACT) and its interrelated disciplines.

Now, I would like for you to think about the mission statement attached to the theater that you are mostly connected with, either as an artist, administrator or audience member. Okay, got it in your mind? Cool. Try and hold it as we continue.

The goal is not to perform diversity by creating small opportunities for a select few, or instating arbitrary practices... The goal is, or should be, to create diverse theater spaces that are fully inclusive of all cultures, genders, sexualites and abilities.

Over the past seventeen years, I have repeated my mission statement more times than I can count. Because we are a culturally specific institution, I have always felt we are doing invaluable work.. After all, we are making a place for playwrights of the Afrikan diaspora to produce their shows, particularly when very few production opportunities exist for this population. But alas, the universe demanded that I look honestly at my own rhetoric and answer some very tough questions. I was recently asked about our resident playwrights. As I was rattling off the list of names, I realized that they were all African-American (or rather North Americans of African slave ancestry). Wait a minute I said to myself, “I am most certainly missing someone.” So, as soon as I was alone with my smart phone, I went to our website to check our list of writers. Okay, I thought, at least we are telling the stories of all the peoples of the Afrikan diaspora, right? Well, there were those two shows about Ethiopian culture and that one about Haiti and then…and this is when the shame kicked in. Despite our stated goal to serve an underserved community of writers, which would include artists from the entire diaspora (Africa, the Caribbean, Europe, etc.), we have neglected to represent a portion of that community. We have not fully realized our own mission statement.

We, the culturally specific institution, have managed to live within the narrowest construct of our own mission. We have not been deliberate about seeking out playwrights from all over the diaspora, and we haven’t actively sought playwrights from the diaspora that are a part of dual marginalized groups; those in the LGBT community and those from the disabled community for instance. MPAACT as an institution has not fully realized its mission statement.

Now I challenge you to think about your mission statements again. Have you fully realized your mission? Be honest. Are you including people of diverse cultures, genders, sexualities and abilities when you pick plays for your season or when you hire staff? Have you looked at the entire community around you and thought about how all those people match up with your mission? We, the culturally specific institution, have not. We can do more. I think it’s fair to say that we can all do more.

This four-part series redefines diversity in a way that will help us move past the buzzwords and closer to meaningful change and actual inclusion.

Are You Really a Parent-Friendly Workplace?

Michelle Ramos sits down with Ashley Davis, founder and director of the social enterprise Unlock Creative, to discuss Ashley’s experience being a mom in the field and how she works to make her own organization more accommodating of parents and caregivers.

Our Versions of Better

Glenn Davis, co-artistic director of Steppenwolf Theatre Company, sits down with Ken-Matt Martin, artistic director of Victory Gardens Theater, to talk about shifting relationships with donors, the concept of term limits for leadership, the joys of returning to rehearsal rooms, and their shared experiences as Black men at the helm of Chicago theatres.