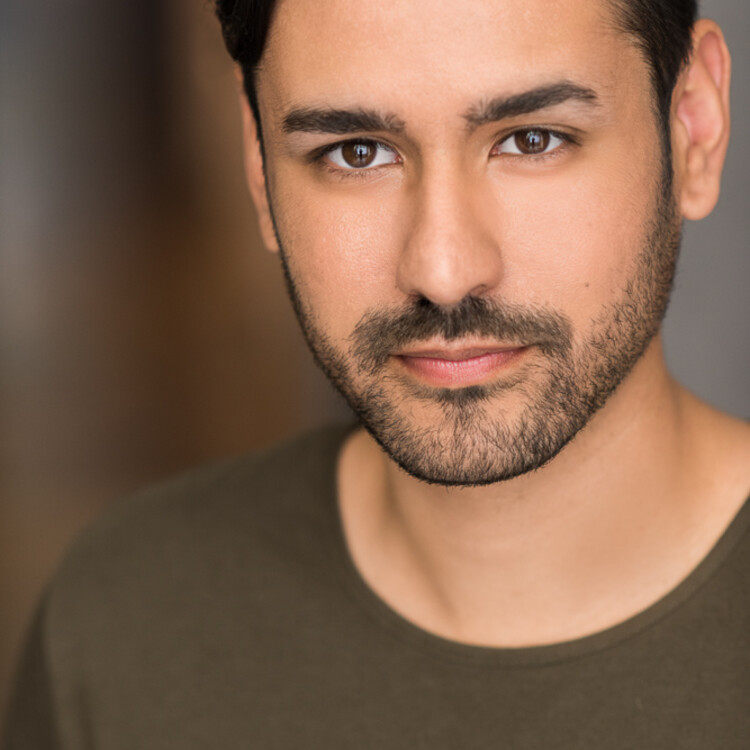 When a Show Gets Cancelled, Make Art Anyway

This past spring, Arizona State University’s School of Film, Dance, and Theatre was slated to produce By the Way, Meet Vera Stark by Lynn Nottage as part of the 2017–18 mainstage season. As a grad student at ASU, I was going to be acting in the show. However, within the first few weeks of rehearsals, due to circumstances outside of the production’s control—harassment accusations towards a core team member—it was cancelled. A meeting was held to determine what would happen next, and the cast and crew elected to cancel the production. I was proud that we held the individual accountable for their actions, but was devastated that the show had to be shut down as a result—especially given that it dealt with race in the entertainment industry, ethnic identity, and the erasure of people of color’s narratives; stories that need to be on our stages.

There were no plans to produce another piece in place of Vera, and I thought this was a missed opportunity. Theatre can be used as a tool to process trauma, helping people heal and move forward, which I thought the students would have benefitted from. But, on top of that, the themes explored in Vera were important to share with the community at large. I became dedicated to putting up a replacement show.

With time set aside for rehearsals and the theatre already booked for a production, I had the idea of devising a piece myself on the same topics as in Vera. Before pitching the proposal to the school’s artistic director, I discussed possibilities with my collaborator and fellow student, Caress Russell. We decided to approach the project through an urban lens by tapping into Caress’s abilities as a spoken word poet. In order to best collaborate, together and with an ensemble, we knew it was important to be transparent about what we wanted in our roles, how we would come to decisions, and how we would resolve conflict. Caress would be the writer and I would lead the project as director, but there would be a shared authorship amongst those in the ensemble since we would be creating the piece from the ground up together.

We knew it was important to be transparent about what we wanted in our roles, how we would come to decisions, and how we would resolve conflict.

Unfortunately, we weren’t the only students to send in a proposal. And while we had done a plethora of research on the subject matter and felt confident in our offering, it was difficult to prove our devised piece’s worth when it hadn’t been created yet. I had to be persistent on why this story mattered and why it mattered now. 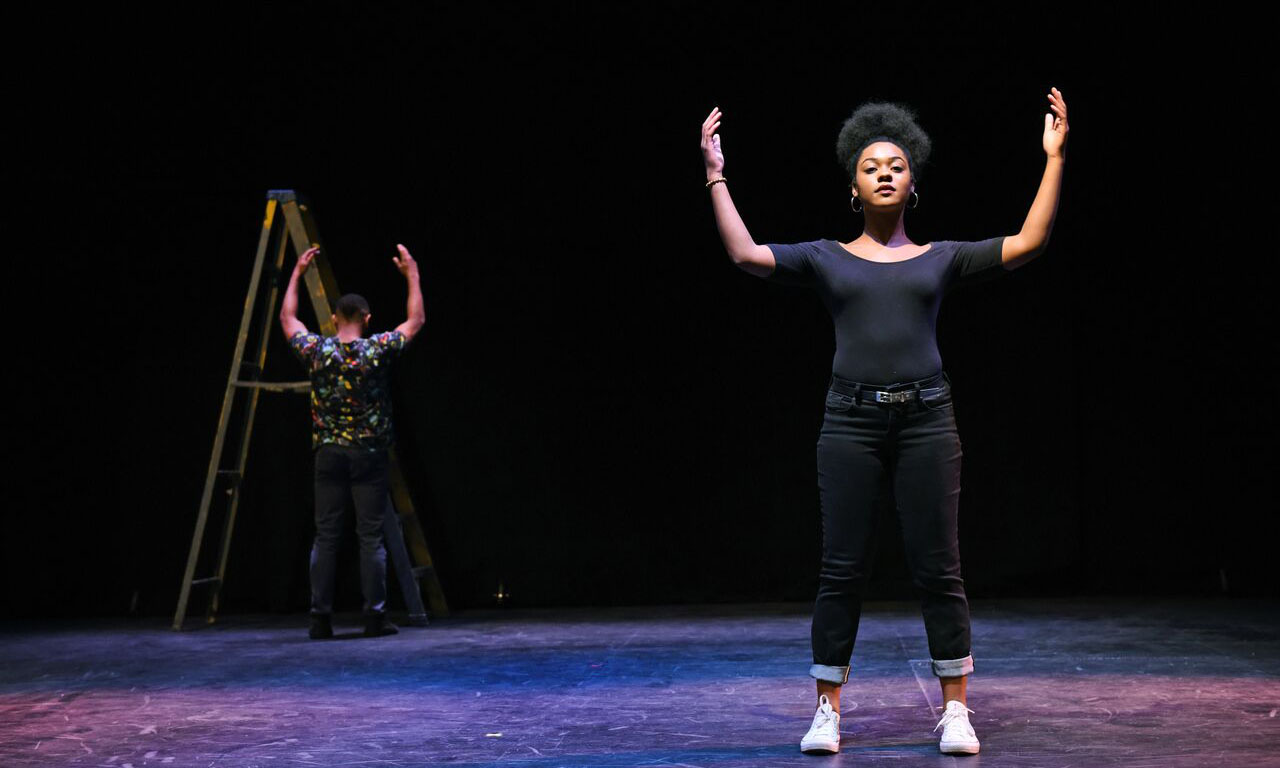 In the email proposal, I was upfront about my feelings towards the situation: that the earlier production team meeting had lacked conversation around why we should or shouldn’t continue with Vera. There had been a moment in the room when life was imitating art: by cancelling the show, we were no better than the people who disregard and whitewash people of color’s narratives.

I worked on finding support from faculty members, who helped me lobby for my project. And after what seemed like endless emails and meetings, the show was given the green light. Caress and I recruited our two performers, stage manager, assistant stage manager, and faculty supervisor—all individuals who had a mutual interest in the topic and in working collaboratively to create something new. I then finalized a rehearsal schedule—we had three weeks to get the show staged, teched, and performance-ready.

Playwright and director Mary Zimmerman once said, “The process of metamorphoses is excruciating, but then it can create something new.” She was speaking about a change in her life that had such an impact that it propelled her next idea. That’s exactly how I felt during our rehearsal process; the condensed timeframe opened us up to a wonderful creative chaos. 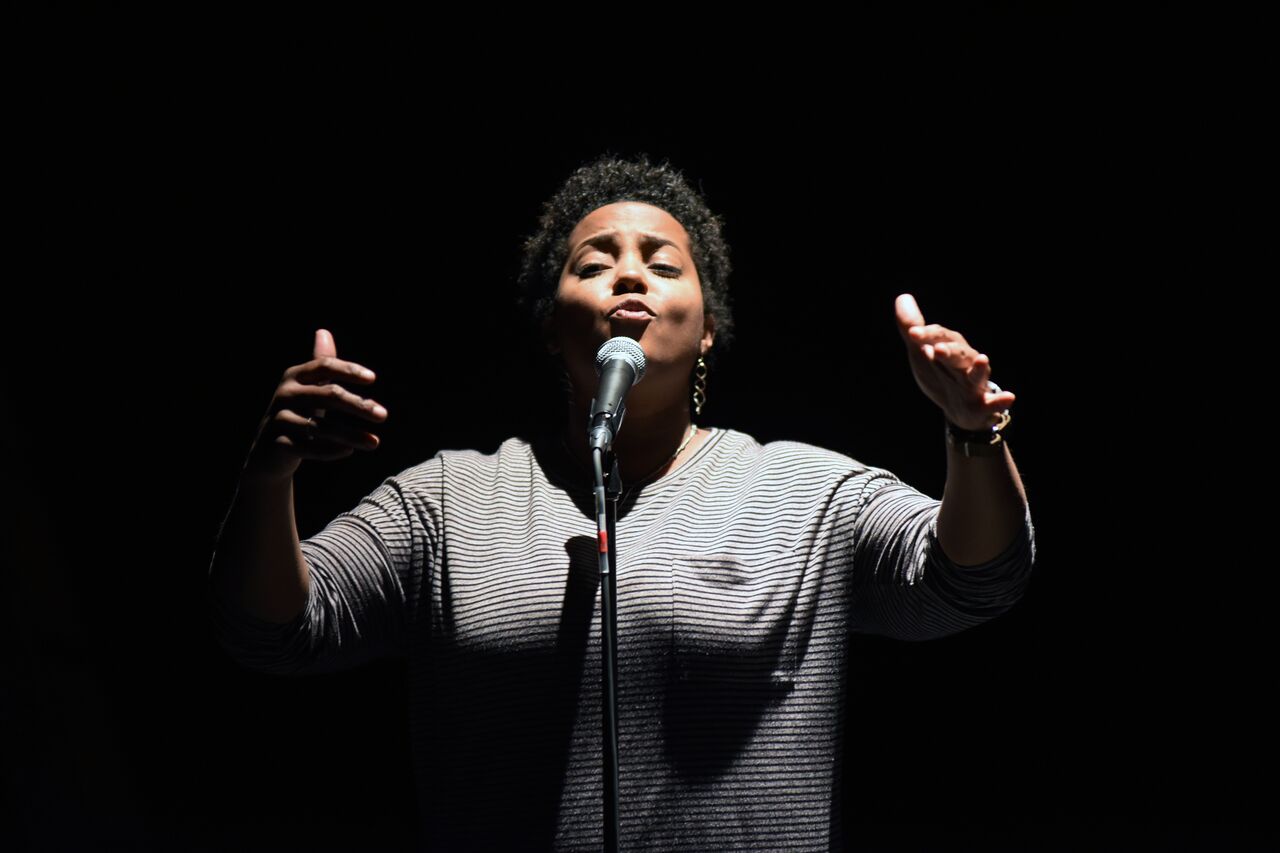 Our first rehearsal for the show, which we had titled Unapologetically Me!, started out by interviewing the cast, including Caress. We thought it would be smart to hear about everyone’s experiences related the show’s themes, as people of color in the entertainment industry: How do we identify? How do we want the world to see us? What are the stereotypes we are trying to break?

There had been a moment in the room when life was imitating art: by cancelling the show, we were no better than the people who disregard and whitewash people of color’s narratives.

Caress took the stories told and adapted them into spoken word, which we thought would be an innovative way to connect with our audiences. But we wanted to do more than simply weave in stories from our core team, so after the interviews we did a skill-sharing session. Each performer showed us their various talents like breakdancing, hip hop, beat boxing, stepping, and singing. I then blended these elements together through many Viewpoints sessions, weight sharing, contact improv, and other improvisations—various techniques I had learned in classes over the years. We ended up with an interdisciplinary thirty-minute piece, consisting of poetry, beat box, music, and dance. 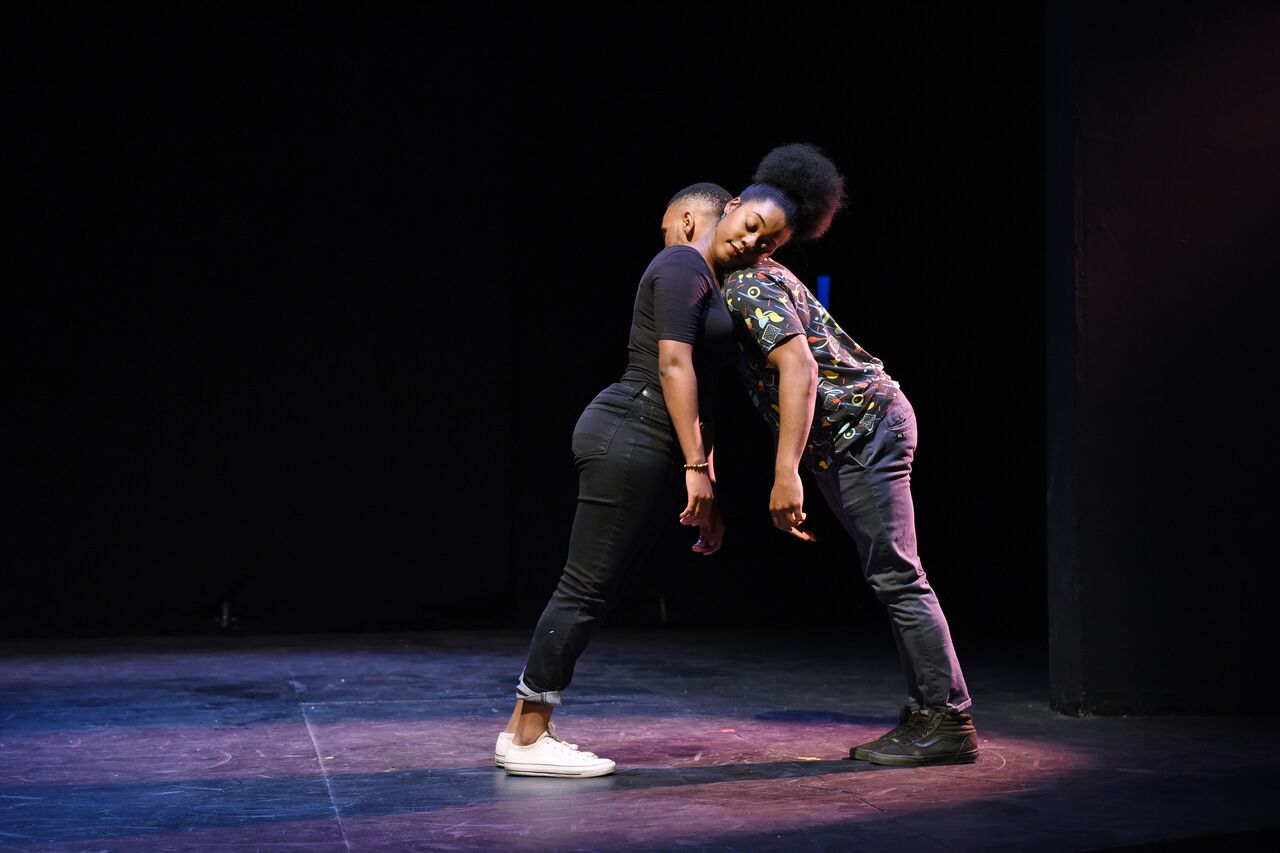 Anne Bogart wrote in And Then, You Act that the role of the artist is fluid. That couldn’t be more true for the situation we found ourselves in. While we were developing the show, we were also managing production. Caress took care of marketing and music, as well as found a graphic designer to create our poster and helped distribute it. The stage management team tackled lighting and sound. Even our faculty supervisor stepped in to help with tech. I made sure we were all on schedule in order for everything to run smoothly. ASU was extremely supportive throughout the entire process, but it was up to us to be on top of our work.

When we took the stage, we addressed all the issues brought up in Vera and even more than we originally thought. Our production not only acknowledged stereotypes, but challenged audiences to abandon them. We accomplished more than we had set out to do when we began talking about devising a replacement show.

In universities and colleges, it may seem like students have little to no power over their own education. Plays selected usually have very specific casting requirements and it’s impossible to serve everyone in the department. In my case, ASU had chosen a wonderful play that unfortunately had to be cancelled due to the actions of an outside individual. But self-producing and devising proved to be a powerful way to learn, grow, and feel empowered as an artist. I saw an opportunity to take my education into my own hands, and I seized it. I wish I had done this sooner, not just once tragedy struck. Unapologetically Me! could have happened anytime and anywhere. That’s the beautiful thing about this work, it doesn’t have any restrictions.