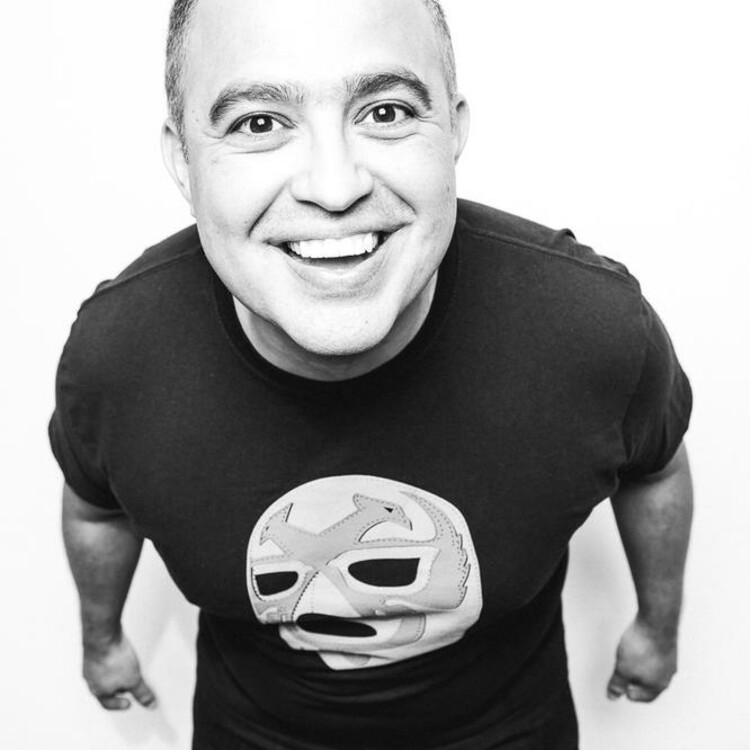 Yes! Non-Latina/o Actors Can be Cast in Latina/o Roles

Reading about playwright Lloyd Suh withdrawing rights from Clarion University’s production of Jesus in India made me think about my play The RMP Project: WTF?!?! that recently closed at The University of Wisconsin-Milwaukee. The play contains a scene called “Rogelio y Juliana” that I specifically wrote for two Latina/o actors. That scene has always been performed by Latina/o actors except for this production, where one was African-American. When the director asked me if I would consider having a non-Latino play the role, I didn’t hesitate to say, “Yes.”

As a Latino playwright, I support casting non-Latinos in Latina/o roles in my plays at academic institutions but only under the following condition: casting a non-Latina/o in a Latina/o specific role should only be considered when it does not take away the opportunity from a Latina/o actor or another actor of color who could potentially play that role.

This does not apply to how I feel about non-Latinos playing Latina/o roles in professional productions of my plays. That’s a whole different essay.

If they don’t get to experience Latina/o plays at their school because the casting wasn’t ideal, where do we expect them to see our plays?

Ultimately, I believe that university or college productions are opportunities for students—Latina/os and non-Latinos—to play roles that they will most likely not get considered for in the professional realm.

Before becoming a playwright, I was an actor who gained experience portraying many characters onstage—a majority of them non-Latinos. Most of these experiences happened while I was a student at Houston Community College. In fact, one of the first plays I performed in was Carlyle Brown’s Buffalo Hair, a play that focuses on a troop of buffalo soldiers who capture a black man who lives among the Cheyenne.

In the production, all the soldiers except for one were played by African-Americans. The remaining role was played by yours truly. I have no delusions about why I was cast. It was either because the director couldn’t find another black actor or because of my dark-skin and natural “buffalo hair.” Or both. Knowing the director, I’m convinced that he chose to press on with his casting choices because he knew that putting on a play that reflected the black experience in the military was more important than having a cast of all black soldiers.

If the playwright would have demanded that the director find another black actor or cancel the play, the production would have most likely been cancelled. Doing this would have prevented my fellow student actors of color from gaining experience playing roles that were specifically written for them. I have no doubt they would have had other opportunities to play black characters, but not like this one, where they commanded the stage. For those of us who know theater, opportunities like this don’t happen too often at a professional or university level. As the co-founder of the Royal Mexican Players, an all-Latino performance troupe, I know how powerful and inspiring it can be to stand in front of an audience and perform a play with other Latinos. I imagine it was the same for the actors of Buffalo Hair.

If the play had been cancelled, I too would have been denied an opportunity. In preparation for my role, I read up on buffalo soldiers and learned about the important role they played in our country’s many wars. I was able to relate their experience in the military with my own experience as a veteran. I believe that the knowledge I gained allowed me to play my character with respect and dignity.

A cancellation of the play would have also denied our audience from experiencing a story that isn’t told too often. Isn’t this why we write plays?

It is experiences like these that I keep in mind when my work is produced by colleges and universities. I am hoping that my play can provide a similar experience to my own—one that allows students to take part in telling a story that isn’t often told, but also provides the opportunity to be exposed to a different culture. Who am I too prevent non-Latinos from learning about who we are, how we are similar/different, and why we write what we write? Isn’t this what college is for?

I also think it’s worth keeping in mind that the students who we deny roles to are tomorrow’s artistic directors, playwrights, producers, actors, directors, etc. They are the potential advocates for Latina/o plays. If they don’t get to experience Latina/o plays at their school because the casting wasn’t ideal, where do we expect them to see our plays? The university is the perfect environment.

With that said, let it be known that I do not speak for my fellow Latino/a playwrights—and in fact, some of them have spoken for themselves. I support all playwrights who deny performance rights to institutions who refuse to cast Latina/os in Latina/o roles. There is no blanket rule when dealing us. Our plays aren’t all the same. Neither are our experiences or our agenda.

I competely agree with this article: there are integral differences between an academic setting and professional productions. Thank you for your thoughtful observations!

Gracias! I appreciate the opportunity to use a variety of voices on the stage for my students to explore beyond the established Eurocentric theatre cannon.

Yes, such a critical discussion. In working with pre-service teachers, I am often exploring this complicated practice. If my students, of all races and cultural backgrounds, do not explore directing across identity markers in college, how will they be prepared to do so when they enter their careers? So, the same stories keep getting told.and we have to break the cycle..... Thanks for this.

Thank you for your thoughts on these issues. These are important conversations that we need to be having. As always, we need more people weighing in on these discussions. What do you have to say?

Don't miss "Should Latina/o Roles Be Cast with Non-Latina/o Actors?" for more on this topic. http://howlround.com/should...