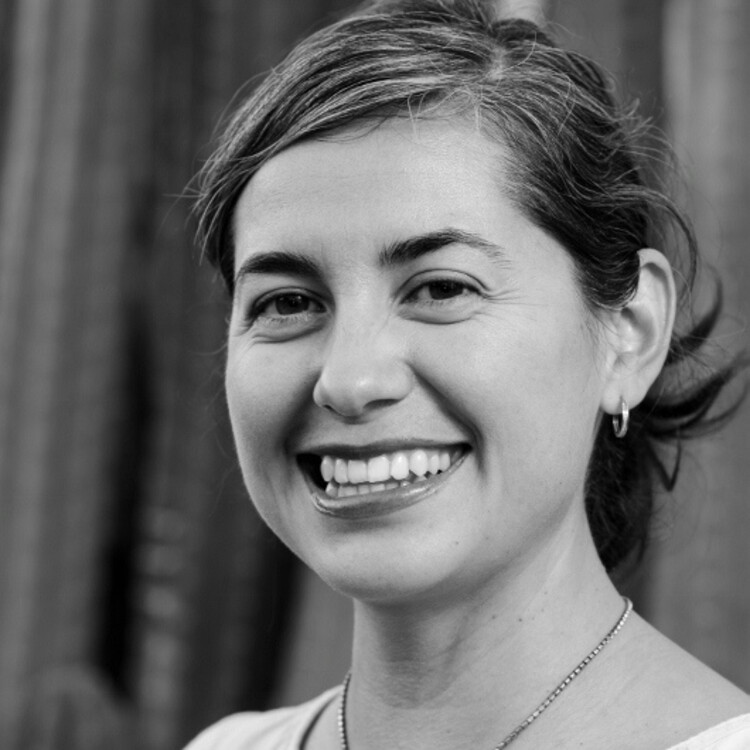 Your Problem with Men? It's You, Not Him

Wearing little more than a white tank top and tiny white shorts in her mother's dressing room, Asún (Abigail Vega) bemoans her engagement. Her fiancée Juan (Tommy Rivera-Vega) didn't pop the question the way she had dreamed. In fact, Juan didn't pop the question at all—in a fit of desperation over her disappearing eggs, Asún hastily proposed. She doesn't tell us about her dream proposal, only that what she got was all wrong. This becomes a central question in the Teatro Luna’s Your Problem with Men: What kind of love will make you happy? As Asún might say, “I don't know. Just not this one.”

In the opening scene of Your Problem with Men, written by Emilio Williams (originally in Spanish, but now performed in English), Asún's mother (Lisandra Tena) is of little help—flitting back and forth in a red satin robe, she flippantly tells Asún to relax and eat more fruit. We never see Asún’s mother in a scene with her own husband—signaling love’s imperfections in her parents’ relationship. In fact, with each of the characters in this play, the audience is invited to wonder if people will ever be satisfied with the love they find, or whether for each to be satisfied in their situation, a redefinition of love is required.

In a handful of scenes, the actors dart in square laps, chasing each other around as if they lived on a Pac-Man arcade screen. This is in many ways a physical enactment of what Asún's mind is doing—chasing causes for the break up. But the square chase also adds a further sense of whimsy for the game that is love—a game we're always trying to win, but that more often than not, keeps us running in circles.

Lithe and easygoing Tommy Rivera-Vega plays Juan, the ex-fiancée turned radio shock jock, and also doubles as Asún's father, embodying the seeming range of possibilities that men can offer Asún. The three-person cast is full of energy on a stage decorated with spare, but vibrant red and white furniture and accessories (originall set design by Brian Sidney Bembridge). The full-wall blocks of projection screens were used to transition between scenes, each new title indicating Asún’s next level of denial and crisis.

In a standout performance, Lisandra Tena plays four different women: Asún's mother, Asún's two sisters (Clara, a high femme and Mercedes, a butch woman with self-proclaimed ugly children), and Jane Eyre. These characters each have their own ideas about the central question of the play, but Clara in particular, who slept with a nineteen-year old guy, says she found it liberating because it was “just sex.” She therefore (nor he) had no expectation of romance, which it seems ruins all good love stories in Your Problem With Men. We’re reminded that Even Jane Eyre suffered the harsh consequences inherent in clinging to Victorian notions of romance.

The choreography is fast-paced with consistent laughs at the cost of Asún's pride. The play veers into surreal territory with scenes staged from the imagination of our protagonist who becomes increasingly unreliable as the story devolves. The bottle of Don Julio tequila in her hand also doesn't help matters.

The most absurd moment in the show occurs in a final scene when a previously unseen, unreferenced astronaut floats into Asún's living room with a special delivery. This scene and another one in which Jane Eyre gets punched out are inventive and experiment with metaphor. They might even border on the surreal. However, there were no wild rhinos running through this play, which is to say there was no consistent symbolic or physical absurdity—comedy, yes! And plenty of it!

The play is a departure for Teatro Luna given both its absurdist aspirations and its male authorship, but the group decided it needed to take a risk. According to their website, Chicago’s Teatro Luna is:

…organized for the purpose of exploring the varied experiences and cultures of Latina/Hispana women; […] providing a forum for artistic, social, political, and educational outreach into our communities.

This mandate means that the majority of the material Teatro Luna produces is female-centered and self-generated. Teatro Luna's Executive Producing Director, Alexandra Meda introduced the play at Encuentro 2014 by saying that the company chose this play, in part, because some people think Latinas/os can “only tell one kind of story.” Your Problem With Men clearly demarcates new territory for Teatro Luna.

For this production, the location of the play changed from Chicago (where it was originally produced) to Los Angeles. There was nothing special about location as most of the play takes place in Asún’s mind.

However, the question of whether Asún would become more self-determined as a woman was not fully realized. Asún spends most of the play beating herself up for wanting some unreachable love. Instead of taking an inventory of how she got to this moment, she blames Juan for being so passive that it’s aggressive. In short, we never really see Asún and Juan duke it out long enough to tell whether it is memory or fact that rule Asún's self-torture. Perhaps this is intentional and it’s a move meant to reflect the real ways in which people spend all their time blaming others for their choices.

Once the play concluded, I was lucky enough to stay for a post-show discussion where the director Alexandra Meda said the play was about learning to love yourself, to be your own savior, and not to expect others (lovers, partners, friends, family, etc.) to solve your own issues. However, while Asún does sometimes take matters into her own hands (striking Jane Eyre, for example, and the antiquated notions of romance she represents), there remain instances in the play when Asún does rely on others help to face her own difficulties. For example, in two key scenes, cucarachas (cockroaches) appear as stand ins for Asún’s fear of being alone and without love. In both cases, other characters literally step in and kill the cucarachas on Asún’s behalf. Meda also mentioned that, while this is the fourth production of the play, the text was still being edited and the gestures adjusted, even as the festival was going on. This is natural, of course, as plays are constantly searching for their “final” bodies even beyond production.

The director Alexandra Meda said the play was about learning to love yourself, to be your own savior, and not to expect others (lovers, partners, friends, family, etc.) to solve your own issues

In one of the final scenes, Asún bumps into Juan at a market and they have a casual conversation. After parting, Juan calls out; Asún rushes back to Juan and lightly touches his arm. He recoils from her touch, and it becomes clear that there is a lingering attachment Asún has not yet moved past, while Juan has clearly made his peace. Asún has spent ninety percent of the play hopped up on worry over whether she had made the right decision to end things. Really, what she fears was that, contrary to her musings, she was the one who fell short.

Although Victorian feminism takes one for the team (literally in the face), poor Jane Eyre could have told Asún something about those who “punish [her] unjustly,” that might have shifted how she treated herself:

I must resist those who punish me unjustly. It is as natural as that I should love those who show me affection, or submit to punishment when I feel it is deserved.

In a great last scene, the projection screens on the upstage wall transform into a starry night sky. An astronaut appears with some unexpected tools for Asún. The stage dims completely as Asún realizes what she must do to begin moving forward.

Ultimately, the old adage of “It's me, not you” holds this play together. It turns out your problem with men is you, not him. It’s easy to rerun memories of his shortcomings, and place the blame squarely on one side, either yours or his. Either way, remembering remains in dualities, that dance of he said, she said that, when our minds engage it, turn memory into fact. Once Asún figures out she has what she needs to take care of her own fears, she begins taking responsibility for her own role in the demise of her relationship, accepting it’s over, and hopefully killing her own cucarachas.